With ASCO21 already in motion, DelveInsight’s consultants are mapping the key pharma companies presenting at ASCO2021 in Hematological cancers. Read the analysis below.

Gilead and Kite presented the promising phase II ZUMA-3 results demonstrating manageable safety profile and durable responses for a single infusion of KTE-X19 (Tecartus) in heavily pretreated patients with relapsed/refractory B-cell acute lymphoblastic leukemia. KTE-X19 is an autologous, anti-CD19 CAR T cell therapy. The phase II portion of the ZUMA-3 trial included the largest adult-only population of patients with relapsed/refractory B-ALL to date. The primary endpoint, complete response/complete response with incomplete blood count recovery (CR/CRi) rate, was 70.9%, including a CR rate of 56.4%. Moreover, the median overall survival (OS) was 18.2 months for all patients and has not yet been reached in those who achieved a CR/CRi. In the case of safety profile, grade 5 events of cytokine release syndrome (CRS) or other neurological AEs were not reported. Previously, the phase I ZUMA-3 trial demonstrated an overall CR/CRi rate of 83%. In 2020, Tecartus was approved by the US FDA for the treatment of adult patients with relapsed or refractory mantle cell lymphoma (MCL).

Expert View “Responses were largely consistent across subgroups, including those who were older, those who were more heavily pretreated, those who had undergone prior ASCT, and those who were considered primary refractory. The only group to show a lower response rate were those with a bone marrow blast burden greater than 75%.”

Janssen Research & Development presented initial results of ciltacabtagene autoleucel (cilta-cel), a BCMA-directed CAR T-cell therapy from Cohort A of phase II; CARTITUDE-2 study. Cilta-cel, formerly JNJ-68284528, is a second-generation CAR T-cell therapy with 2 BCMA-targeting, single-domain antibodies designed to confer avidity. A single cilta-cel infusion (target dose: 0.75×106 CAR+ viable T cells/kg) was given 5–7 days and 20 pts of median age 60 years received cilta-cel. Pts received a median of 2 prior LOT; 12 pts received < 3 prior lines, and 8 received 3 prior LOT. The majority (95%) were refractory to the last LOT; 40% were triple refractory. The overall response rate (ORR) was 95%, and the median duration of response was not reached. CRS occurred in 85% of pts and one death occurred due to COVID-19. At the recommended dose, a single infusion of Cilta-cel yielded deep and early responses with the decent safety profile in pts who had progressive MM after 1–3 prior LOT. Suitability of outpatient tx in this and other cohorts of CARTITUDE-2 along with the CARTITUDE-4 study will be informed by updated efficacy and safety data.

Usage of bispecific antibodies for multiple myeloma treatment is a current hot topic. Janssen Pharmaceuticals’ Talquetamab {Group 5 Member D (GPRC5D) x CD3}, is a first-in-class bispecific antibody, and Janssen’s other asset is Teclistamab (BCMA x CD3) which is causing quite a stir in the Multiple Myeloma space. BCMA exists as both surface protein and as a free soluble form (sBCMA) in the human body. Results from Phase I MonumenTAL-1 and MajesTEC-1 study were presented under this session and the objective of this work was to evaluate sBCMA in relapsed and/or refractory MM patients in response to treatment with teclistamab or talquetamab. It was found that levels of sBCMA were modulated by Teclistamab and talquetamab, which allied with clinical activity, indicating further clinical development of these bispecific antibodies. Additionally, results highlighted that for tumor burden, sBCMA is a potential surrogate endpoint as well as an important marker for response in MM patients. In cycle 3, the majority of the responders had reduction in sBCMA [88% (50 out of 57) for teclistamab and 98% (49 out of 50) for talquetamab] compared to baseline. On the contrary, non-responders (progressive disease, stable disease, or minimal response) seemed to show an increase in sBCMA [80% (33 out of 41) for teclistamab and 49% (24 out of 49) for talquetamab] from baseline. One trend was observed, i.e. few patients who responded to teclistamab or talquetamab and then relapsed seemed to have an initial sBCMA reduction followed by an increase in the levels.

Millennium Pharmaceuticals, a wholly-owned subsidiary of Takeda, presented results from a Phase II clinical trial. The company tried to explore better oral options with less toxicity for those pts who become less tolerant to treatment. Initially in the ixa-dex (n = 73) vs pom-dex (n = 49) arms, median age was 72 vs 68 yrs (36% vs 18% ≥75 yrs), 25% vs 22% of pts had ISS stage III MM, and 52% vs 53% had received ≥3 prior therapies (per stratification). At data cutoff, 19% vs 20% of pts were ongoing on treatment with ixa-dex vs pom-dex. With a median follow-up of 15.3 vs 17.3 months, median PFS (mPFS) was 7.1 vs 4.8 mos with ixa-dex vs pom-dex. Pts received a median of 6 cycles with both ixa-dex and pom-dex; 64% of ixa-dex pts were able to escalate to a 5.5 mg dose of ixa. On the other hand, 69% vs 81% of ixa-dex vs pom-dex pts had grade ≥3 AEs, 51% vs 53% had serious AEs, 39% vs 36% had an AE leading to drug discontinuation, 44% vs 32% had an AE leading to dose reduction, and 13% vs 13% died on the study. In heavy pretreated, PI-exposed and/or intolerant, R-refractory pts, Ixa-dex arm exhibited prolonged PFS when compared with pom-dex arm. However, the difference was statistically insignificant. With lower G≥3 AE rates, Ixa-dex was tolerated well vs pom-dex, and comparable HRQoL.

At ASCO 2021, Gilead and Kite presented updated findings from its phase II ZUMA-5 trial investigating axicabtagene ciloleucel (axi-cel) retreatment (reTx) in patients (pts) with relapsed/refractory (R/R) indolent non-Hodgkin lymphoma (iNHL). Axicabtagene ciloleucel is an autologous anti-CD19 chimeric antigen receptor (CAR) T-cell therapy. At the data cutoff date of 14 September 2020, axi-cel retreatment achieved deep and durable responses in patients with R/R iNHL patients. In this trial, an overall response rate (ORR) of 100% was achieved. However, the median duration of response (DOR) and progression-free survival (PFS) post-retreatment was 58% each and was not reached; 46% of retreated patients had ongoing responses at data cutoff. The safety profile of axi-cel was acceptable at both treatments. Tumor CD19 positivity was confirmed at relapse, and the engraftment index was similar at both treatments. Axi-cel has been approved by the US FDA for the treatment of adults with R/R follicular lymphoma and R/R large B-cell lymphoma (LBCL) after ≥ 2 lines of systemic therapy.

Get in touch with us at info@delveinsight.com for more information on how the Hematological cancer market landscape is going to unfold in the coming future. 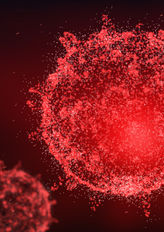