Use of Placebo is Necessary Only in Certain Types of Oncology Trials: USFDA

In a new draft guidance released, the USFDA is questioning whether or not the use of a placebo in a double-blind, randomized clinical trial is always necessary. The FDA said sometimes the use of a placebo can present practical or ethical concerns in double-blind, randomized trials conducted in development programs for drugs products for the treatment of malignant hematologic and oncologic disease. In its three-page draft guidance, which was first reported by RAPS, the FDA said that because of the toxicity profile of the active treatment, patients and investigators can infer which treatment is being received during a trial. Because of that, the use of a placebo control may not, in fact, blind the treatment.

AstraZeneca has seen another setback in a late-stage trial for chronic obstructive pulmonary disease (COPD) treatments. The latest stumbling block includes a failure for AstraZeneca’s investigational treatment to distinguish itself from a drug already marketed by rival GlaxoSmithKline. AstraZeneca said its Phase IIIb drug Bevespi Aerosphere (glycopyrronium/formoterol fumarate) did not do worse than GSK’s Anoro Ellipta, (umeclidinium/vilanterol) on peak forced expiratory volume in one second (FEV1). However, the drug did not do better than the GSK inhaler. Additionally, AstraZeneca said its inhaler displayed non-inferiority on trough FEV1.

Bevespi Aerosphere, a fixed-dose dual bronchodilator combining glycopyrronium, a long-acting muscarinic agonist (LAMA), and formoterol fumarate, a long-acting beta2-agonist (LABA), was approved by the USFDA in 2016 for the long-term maintenance treatment of airflow obstruction in COPD. The drug is under review by the EMA. AstraZeneca said it expects a regulatory ruling later this year.

AbbVie in cooperation with Neurocrine announced that results from the Phase III ELARIS UF-EXTEND extension study (MI2-816) showed at month 12 that Elagolix (300 mg twice daily), in combination with low-dose hormone (add-back) therapy (estradiol 1.0 mg / norethindrone acetate 0.5 mg), reduced heavy menstrual bleeding with 87.9 percent of women with uterine fibroids achieving clinical response. This result is consistent with that observed in the two pivotal Phase III studies, ELARIS UF-I and ELARIS UF-II, in which 68.5 percent and 76.2 percent of women with uterine fibroids who received elagolix with add-back therapy for six months achieved clinical response, respectively. Clinical response was defined as menstrual blood loss volume of less than 80 mL and a 50 percent or greater reduction in menstrual blood loss volume from baseline to their final month. Secondary endpoint results in the extension study were also consistent with that observed in the pivotal studies. Data from the Phase III program will support regulatory submission for Elagolix in uterine fibroids, anticipated in 2019. Elagolix in uterine fibroids is investigational and has not been proven safe and effective.

Novo Nordisk pointed to positive results in four of 10 Phase IIIa trials with oral semaglutide. It revealed that the drug hit the mark in the reduction of blood sugar levels and weight in adults with type 2 diabetes. In the PIONEER 5 trial, semaglutide, a once-daily oral GLP-1 analog, hits its primary objective of demonstrating statistically significant and superior reductions in HbA1c compared to placebo at week 26. The levels dropped 1.1 percent with semaglutide, compared to the .1 percent reduction on placebo. Using an 8 percent baseline of HbA1c the number of patients who achieved the American Diabetes Association target of 7 percent was statistically significantly greater with 14 mg oral semaglutide. The number of patients who hit that mark was 64 percent after 26 weeks, compared to 21 percent with placebo. Additionally, patients treated with semaglutide achieved statistically significant and superior reductions in body weight compared to placebo at week 26. Patients who took semaglutide lost an average of 3.7 kg (8.1 pounds) compared to 1.1 kg (2.1 pounds) with placebo.

Semaglutide has already been approved by the USFDA under the brand name Ozempic as a type 2 diabetes treatment. Ozempic was approved by the FDA in December 2017 and was launched for commercialization in the U.S. in February 2018. 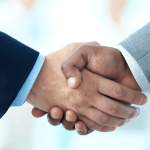