A disease that has not been adopted by the pharmaceutical industry because it provides little financial incentive for the private sector to make and market new medications to treat or prevent it.  An orphan disease may be a rare disease or a common disease that has been ignored because it is far more prevalent in developing countries than in the developed world. A rare disease is defined by the European Union as one that affects less than 5 in 10,000 of the general population.

There are thousands of rare diseases. To date, six to seven thousand rare diseases have been discovered and new diseases are regularly described in medical literature. 7% of the population are estimated to be affected by a rare disease at some point in their lives. 75% of rare diseases affect children, and 30% of rare disease patients die before their fifth birthday. Rare diseases include rare cancers such as childhood cancers, sarcoma and some other well known conditions such as cystic fibrosis, Huntington’s disease, Crohn disease, etc.

The growth of Pharma industries has slowed in recent years because of various reasons such as patent expiries, generic competition, drying pipelines, and increasingly stringent regulatory guidelines. Many blockbuster drugs will lose their exclusivity in next 5 years. Therefore, the current economic situation plus the huge generic competition shifted the focus of pharmaceutical companies from the essential medicines to the new business model such as orphan drugs. The new business model of orphan drugs could offer an integrated healthcare solution that enables Pharma companies to develop newer areas of therapeutics, diagnosis, treatment, monitoring, and patient support. Incentives for drug development provided by governments, as well as support from the FDA and EU Commission in special protocols are a further boost for the companies developing orphan drugs.

According to market estimate the global orphan drugs market has reached around $112 billion by 2014 growing from $84 billion in 2009. The market is expected to grow at a compound annual growth rate (CAGR) of nearly 7% to reach $125 billion by 2018.

The future of orphan drug

As the Asian pharmaceutical markets grow, so too will opportunities for orphan drugs in Asia. Asian governments are becoming more aware of the importance of orphan drugs, and reimbursements for these products will increase in the future. This encouragement can bring in a revolution among the pharmaceutical and biotechnology companies for developing and marketing orphan drugs.

The issue of orphan drugs becomes more important for third world countries like India, which are affected the most. Why no new drug is coming up or nobody is investing in research and development in malaria, leishmania, etc. Usually we criticize the pharmaceutical industry or manufacturers for this. It is not easy to produce and market orphan drugs. The manufacturers of drugs have to amortize their operational expenses, their research investment, and they have to make reasonable profit so that they can finance new ventures in the future.

We are a Business Consultant company and serve as a Knowledge partner across the value chain of Pharmaceutical Industry. We made strong presence in Orphan market with 200+ Reports on Orphan based Indications. DelveInsight’s Reports on Orphan Indications provides assessment over advancement in technologies, market trend, partnering & licensing opportunities, pipeline scenario and competitive landscape.

DelveInsight has made strong presence in Oncology market with 100+ Reports on Oncology based Indications & Mechan... 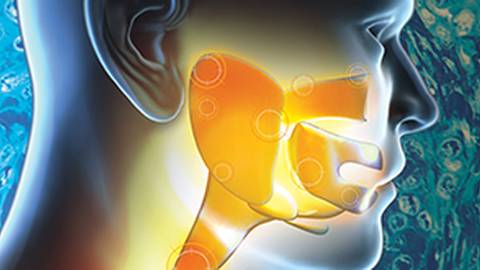 Oral Mucositis is a commonly occurring, most debilitating complication of cancer chemotherapy and radiotherapy. It ca...