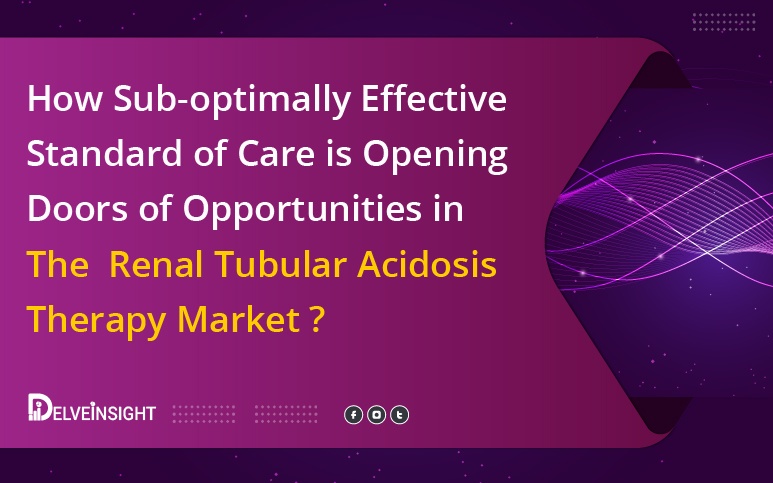 Renal tubular acidosis (RTA) is a disease in which a person’s blood remains too acidic. It is a group of transport defects in the reabsorption of bicarbonate (HCO3−), the excretion of hydrogen ion (H+), or both when the kidneys fail to excrete acids into the urine. There are four types of RTA, among which distal, proximal, mixed RTA and hyperkalemic RTA is a common one. Distal RTA is rare and occurs when the α-intercalated cells of the distal tubule cannot secrete H+. Proximal RTA is a very rare disease that occurs when the proximal convoluted tubule cells are unable to reabsorb HCO3−. The third type, mixed RTA, is a type 1 RTA with HCO3− wasting and is extremely rare. There is no published clinical guidance for treating patients with Renal Tubular Acidosis, and the basis of therapy is the continuous administration of appropriate amounts of alkali in the form of either bicarbonate or citrate.

Analysts at DelveInsight foresee the Renal Tubular Acidosis market landscape as scarce. The treatment landscape is led by Advicenne’s ADV 7103. Recently, the CHMP recommends approval of potassium bicarbonate/potassium citrate for Kidney disorders (in adolescents, in children, in infants, in adults) in the European Union.

The current treatment revolves around alkali administration. Distal RTA is relatively easy to correct as most of the bicarbonate is absorbed in the proximal tubule. For treating type 2 RTA, high doses of bicarbonate, i.e., >10 mmol/kg/day, are required. To normalize the serum phosphate and reverse metabolic bone disease, both phosphate and vitamin D supplementation are used. Fludrocortisone is effective in managing hyperkalemia associated with aldosterone deficiency and is given as 0.1 mg per day.

For preventing catabolic effects on bone and muscles, correction of chronic academia with alkali administration is a must. Similarly, oral bicarbonate replacement at 1–2 meq/kg/day by sodium bicarbonate or potassium citrate is warranted for correcting metabolic acidosis. In patients with hypokalemia, nephrolithiasis, or nephrocalcinosis, potassium citrate replacement is necessary.

The current standard of care in the Renal Tubular Acidosis therapy market is considered sub-optimally effective. It has many drawbacks as well. Repeated dosage is needed, which is challenging to maintain at night. Supplementation is required, and it can even result in severe gastrointestinal intolerance. It has a bad taste that cannot be adapted to pediatric patients and has poor compliance.

ADV7103 is under investigation for the treatment of primary dRTA. It is a twice-a-day alkali therapy. It is an innovative product with a prolonged-release formulation designed to maintain sustained release over a 12-h period. The product contains two active pharmaceutical ingredients that help in easy administration of the dose in patients of all ages. The European Medical Agency granted Orphan Drug designation as well as a scientific opinion for the treatment of distal renal tubular acidosis.

As per DelveInsight’s estimation, in the United States, Renal Tubular Acidosis cases were reported to be 45,601 cases in 2017.

The scarcity of data opens a vast room of opportunities for research and large clinical studies. As the individuals with renal tubular acidosis are eventually diagnosed except for the inherited RTA, delay and misdiagnosis need to be worked up. Research for a better and early diagnostic technique will subsequently help in growing the RTA market. Additionally, treating renal tubular acidosis solely aims to decrease the increased acidic environment through alkali in adults and a little higher dose in children. A focus on single disease outcomes is not appropriate for older people with multimorbidity as damage in other systems counterbalances improvements in a single organ.

Many organizations and universities are consistently working toward this rare disease. Some clinical trials are currently ongoing to determine the incidence of the disease. They are helping create awareness among individuals and consistently supporting and working toward developing proper shreds of evidence to diagnose and treat the disease. This support needs to increase. Thus, the renal tubular acidosis landscape has increasing diagnostic and research opportunities to derive an effective standard of care for all patients.

Novel Therapies form the Nucleus of the Gr...

Crohn's disease is one of the most prevalent types of Inflammatory bowel diseases characterized by abdominal pain and...

Amgen acquires Teneobio for $2.5B; Signifi... 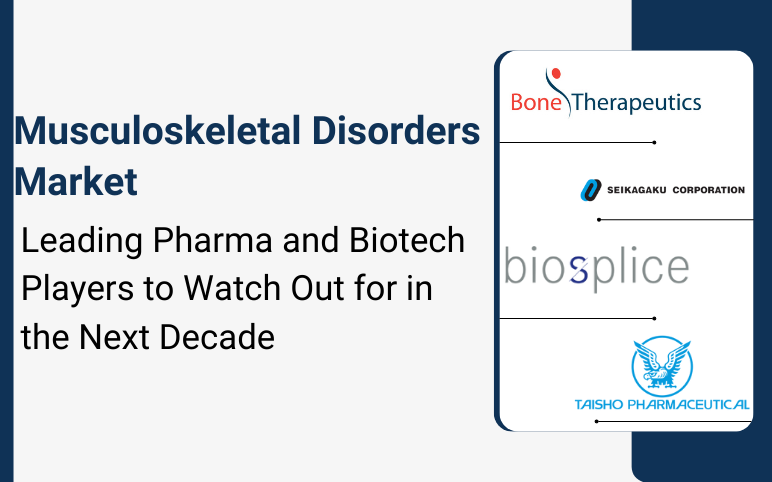 Analyzing the Implication of Musculoskelet...