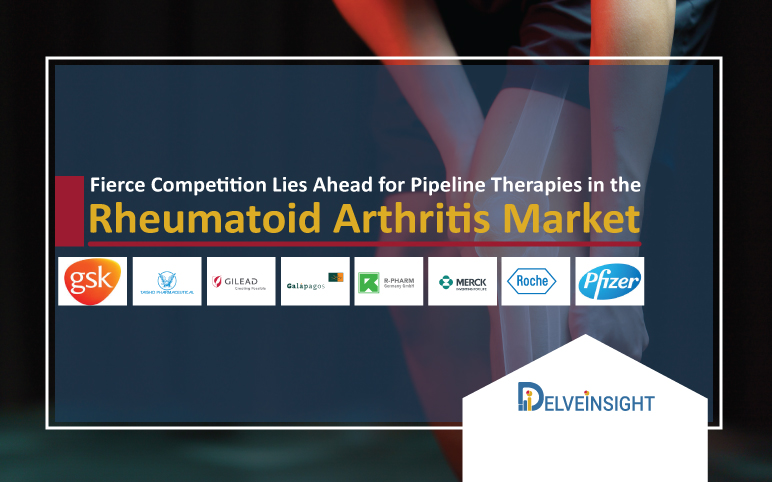 The past decade experienced a lot of shuffling in the Rheumatoid arthritis (RA) market. The journey started with the approvals of disease-modifying anti-rheumatic drugs (DMARDs). Several conventional DMARDs constituting methotrexate, leflunomide, hydroxychloroquine, and sulfasalazine, biologics with initial entrants being etanercept and leflunomide in 1998, followed by infliximab, adalimumab, certolizumab pegol, and golimumab entered the market. B-cell targeting therapies were also investigated in the last years, with rituximab being the only one approved by the US FDA in 2006. Most recently, tocilizumab, a monoclonal antibody directed against the IL-6 receptor also got approved for the treatment of RA. And many more are in the pipeline expected to enter the RA market in the next decade.

Thus, it will not be unjust to say that impressive progress has been made in the treatment of Rheumatoid arthritis. Looking at the introductions of drugs in the Rheumatoid arthritis market, where getting new approvals from regulatory agencies is not easy, the market is not hesitating to welcome more and more. Even then, many patients fail to respond to these therapies. Further, there is also a need for drugs that are more efficient, convenient in terms of route of administration, and safe. Thus, with different targeted agents within several distinct drug classes, pharmaceutical companies are fighting to grab the maximum chunk of the RA market. However, it will not be easy for emerging therapies as the market landscape seems intensely competitive. Biological DMARDs are deeply penetrated into the RA market. For the convenience of administration, oral classes such as JAKi and upcoming BTKi are going to add to be strong contenders in the RA market. Thus, for the RA drug pipeline therapies to enter the present Rheumatoid arthritis treatment market, dominated by the biologics – approximately 90% – of the market share, it will not be a cakewalk.

DelveInsight estimates that the dynamics of the RA market is anticipated to change in the coming years. It is fairly attributed to the increasing awareness and expected increase in investment in R&D activities. Key pharmaceutical companies such as GlaxoSmithKline, Taisho Pharmaceutical, Gilead/ Galapagos NV, R-Pharm, and others appear totally engrossed in the development of their candidates, already in registrational or late clinical-stage,  ultimately to launch them in the Rheumatoid arthritis market. While few managed to cross initial hurdles, other pharmaceutical companies such as Merck, Roche, and Pfizer are testing their therapies in the phase II clinical development stage.

Sold under the brand name Jyseleca, Filgotinib is a product of Belgian-Dutch biotech company Galapagos NV. A few years back in 2015, the company struck a deal with Gilead Sciences to develop the drug for several inflammatory diseases. The clinical results presented durable efficacy and consistent safety profile at 52 Weeks in FINCH 1 and 3 Studies in Rheumatoid Arthritis. Furthermore, Integrated safety analysis from the Phase 3 FINCH and Phase 2 DARWIN programs demonstrated the long-term safety profile of Filgotinib in RA. However, the US FDA rejected Gilead’s filing for approval of filgotinib in rheumatoid arthritis demanding data from the two ongoing clinical trials, MANTA and MANTA-RAy, that are assessing the effect of the 200-mg dose of JAK1 inhibitor filgotinib on sperm concentrations. On the other hand, the Japanese Ministry of Health, Labour and Welfare (MHLW) granted Gilead KK (Tokyo, Japan) regulatory approval of Jyseleca (filgotinib 200 mg and 100 mg tablets) for the treatment of rheumatoid arthritis (RA) in patients who have had an inadequate response to conventional therapies, including the prevention of structural joint damage.

Otilimab, a fully human antibody, is a product GlaxoSmithKline acquired from the biotechnology company MorphoSys in 2013. Improved results demonstrated in the Phase II BAROQUE trial paved the way for the progressions of the drug in the Phase III contRAst study. Unlike other available antibodies that are anti-TNFs (~68%), Otilimab is directed against the granulocyte-macrophage colony-stimulating factor (GM-CSF). The antibody is not yet approved; however, the company is drilling the drug for several other indications. Recently, GSK announced its plans to test its drug in COVID-19 patients for pneumonia. Another monoclonal antibody, which is expected to be at the battlefront is Ozoralizumab. The drug developed by Belgium pharmaceutical company Ablynx entered into an exclusive license agreement with Taisho Pharmaceutical in 2015 for its development and commercialization in Japan. For the Chinese Rheumatoid Arthritis Market, Ablynx granted the rights of Ozoralizumab to Eddingpharm. To get its hands on RA Market share, R Pharm is also betting on its humanized monoclonal antibody, Olokizumab. It is an IL-6 new type inhibitor that selectively blocks the final assembly of the IL-6 receptor signaling complex, and is currently in development for the treatment of RA in phase III.

Aclaris Therapeutics is also striving in the RA market continuously meeting milestones and advancing its pipeline. The company is testing its candidate ATI-450, formerly known as CDD-450, in an ongoing trial for rheumatoid arthritis. Pfizer’s PF-06650833,  a selective, highly potent, small molecule, reversible inhibitor of IRAK4, is also in clinical development for RA. What makes PF-06650833 different from the rest is its inhibition of IRAK4, which is a considered an attractive therapeutic target for diseases associated with dysregulated inflammation, such as RA, SLE, spondyloarthritis, and psoriatic arthritis.

Apart from this, Fenebrutinib, Roche’s highly selective, non-covalent, and small reversible molecule that is administered orally blocks B-cell proliferation and the resulting excessive immune response seen in autoimmune disorders. It is in Phase II clinical trial at present. Furthermore, Merck considers Evobrutinib a potential treatment for RA. The results from its Phase IIb are expected in 2020. 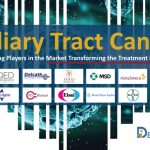 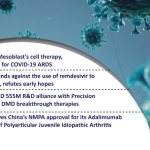 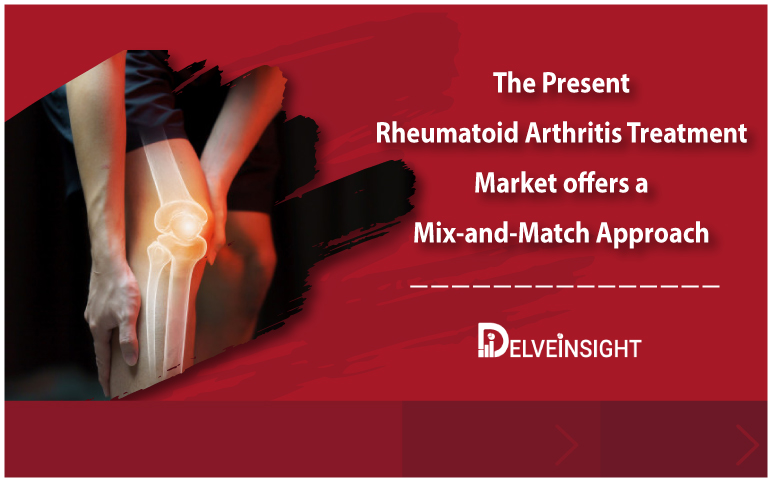 Beyond the shadow of a doubt, the Rheumatoid arthritis (RA) treatment market has witnessed strides of improvements during the last few... 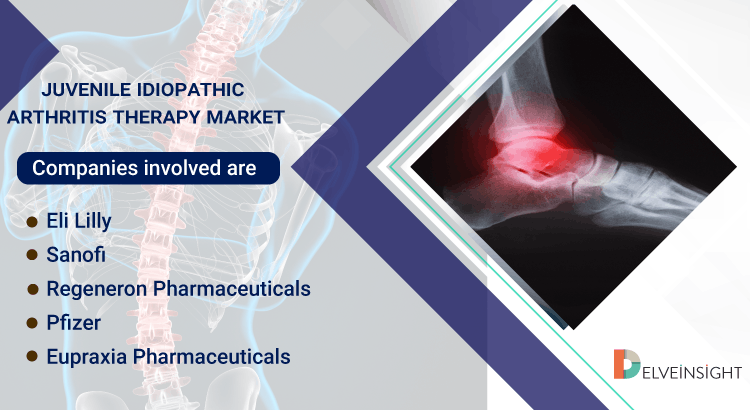 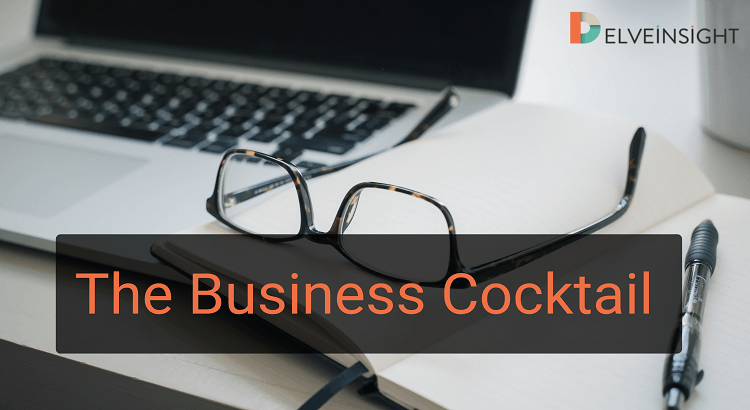 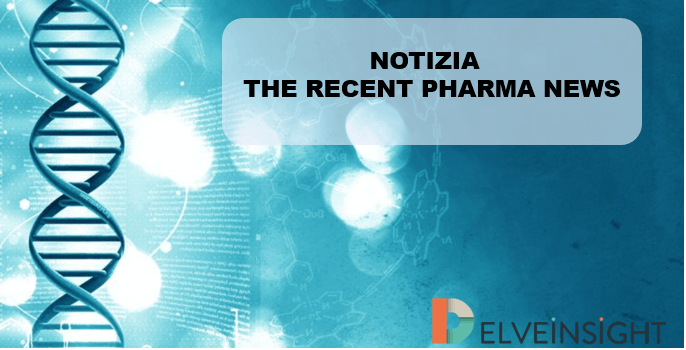