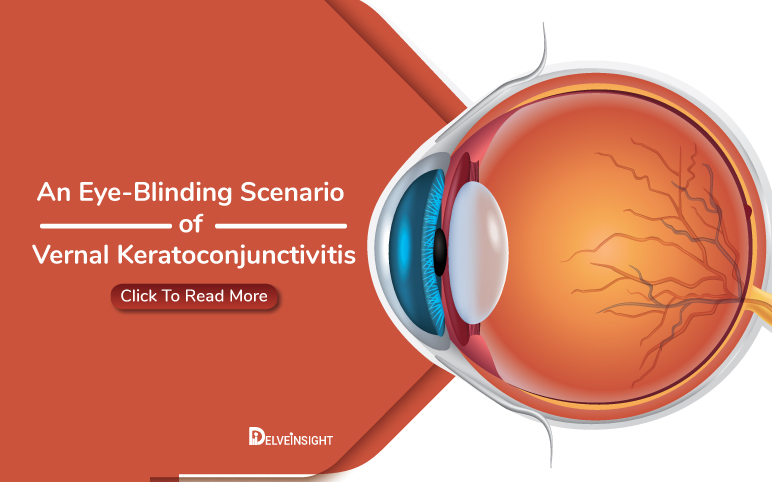 An Eye-Blinding Scenario of Vernal keratoconjunctivitis

The present Vernal keratoconjunctivitis market size in all the markets (the US, EU-5 (Germany, France, Italy, Spain, United Kingdom), Japan, China, MEA (Saudi Arabia, Egypt), and Russia) was estimated to be USD 307.89 million in 2017 and is anticipated to increase further by 2030 owing to recent advances in technology, heightened R&D, the launch of Vernal keratoconjunctivitis pipeline therapies and rising prevalence.

Vernal keratoconjunctivitis (VKC) is a rare form of chronic eye allergy of the ocular surface, and one of the most severe forms of allergic conjunctivitis. It, along with the ocular surface, causes corneal complications such as corneal scars, astigmatism and keratoconus, and if left untreated can result in vision loss. An eye-threatening disease, Vernal keratoconjunctivitis, is characterized by the swollen eyelid, tearing red eyes, mucous discharge, intense itching and photophobia. The most common symptoms of the allergy are giant papillae, superficial keratitis, limbitis, corneal epitheliopathy and conjunctival hyperaemia.

VKC majorly affects younger boys of the age group 0-20 years, reducing their quality of lives and hampering their productivity. Generally, VKC patients have a family history of family or medical histories of atopic diseases, such as asthma, rhinitis, and eczema. It is a globally widespread condition; however, primarily prevalent in hot and dry regions in Sub-Saharan Africa, Central and South America, the Mediterranean basin, Middle East regions and Asian regions. As per DelveInsight Epidemiological analysis, Vernal keratoconjunctivitis prevalence in the 7 Major Markets (the US, EU5 (the UK, Spain, Germany, Italy, France) and Japan), China, Egypt, Saudi Arabia, and Russia was estimated to be 4,752,356 in 2017. Among all the geographies, China accounted for the maximum Vernal keratoconjunctivitis prevalence with 2,248,706 cases. The US Vernal keratoconjunctivitis prevalence was estimated to be 65,309 in 2017.

The hallmark of the allergy is irregular, cobblestone papillae in upper tarsal conjunctiva in a tarsal type of VKC, or several gelatinous infiltrations at the limbus in a bulbar type of VKC (Bonini et al. 2004). DelveInsight estimated that majority of the VKC patients reported to have Palpebral Vernal keratoconjunctivitis, and others reported to have Bulbar VKC, with remaining fraction having reported mixed VKC with a combination of palpebral and bulbar involvement.

The clinical management of Vernal keratoconjunctivitis is based on a diagnosis of the condition, prognosis, and treatment regimen. Diagnosis of the disease depends on the signs and symptoms. However, for severe VKC cases conjunctival scraping, as well monitoring the presence of infiltrating eosinophils due to the reason that VKC patients usually have a high count of eosinophils, mast cells, and other inflammatory cells in the conjunctiva.

Vernal keratoconjunctivitis therapeutic options are mainly prescribed on the basis of severity of the disease, which is either topical or oral, which mainly target inflammation since hyperactivity of immune system is the root cause behind the pathophysiology of most of the ocular diseases. The present Vernal keratoconjunctivitis market is dominated by supportive options, including mast cell stabilizers, antihistamines, nonsteroidal anti-inflammatory drugs (NSAIDs), topical corticosteroids, cyclosporine, and tacrolimus. Mast cells are an important biomarker of the disease as the production of granule in the cells due to an enzyme tryptase lead to the development of the allergy. Thus, Mast cell stabilizers such as cromolyn sodium and lodoxamide, are often used as first line of therapy to prevent degranulation of the mast cells and stabilize the cells. Moreover, to add to the efficiency of the mast cell stabilizers, Antihistamines such as ketotifen and olopatadine are also given. Topical corticosteroids are one of the most efficient therapeutic option available in the Vernal keratoconjunctivitis. However, their long-term use is often looked at with uncertainty due to associated side effects such as the development of secondary glaucoma and cataract. The precluding reasons have led to use of steroid-free, supratarsal injections of Calcineurin inhibitors such as Tacrolimus (Senju Pharmaceutical) and Cyclosporine, which block the release of calcineurin inhibiting T-cell activation, thus preventing the release of inflammatory cytokines. These are considered off-label treatment options in the EU.

Furthermore, a meta-analysis of randomized clinical trials in VKC showed a large number of studies evaluating the efficacy of common antiallergic eye drops (levocabastine, lodoxamide, mipragoside, NAAGA, nedocromil sodium, DCG), out which lodoxamide appeared to be the most effective. Papilock mini and Verkazia both developed by Santen (Osaka, Japan) are specifically indicated for the treatment of VKC.

VKC patients are also advised to remain cautious of certain allergy triggering factors such as pollen, wind, and extreme sunlight, hence are advised to take precautionary measures such as shielding eyes through glasses and hats, in addition to pharmacological treatments.

Although the pharmacological treatments provide symptomatic relief and the Vernal keratoconjunctivitis market has supportive therapies. Moreover, the longer duration of the disease, as well as heterogeneity of the disease, rather give rise to more complications. It is grim to note that for potential eye-blinding disease, there exists no standardized diagnostic test. Furthermore, there is no uniformity to define disease severity, difficult to diagnose, monitor and treat the disease.

What the future holds for Vernal keratoconjunctivitis Market

The present Vernal keratoconjunctivitis market size in all the markets (the US, EU-5 (Germany, France, Italy, Spain, United Kingdom), Japan, China, MEA (Saudi Arabia, Egypt), and Russia) was estimated to be USD 307.89 million in 2017, with China accounting for the largest VKC market share. However, recent decades have witnessed a spur of pharma companies like Allakos, iCo Therapeutics, Akari Therapeutics, and Santen, proactively working to advance the Vernal keratoconjunctivitis market forward. The companies are developing monoclonal antibodies that address the unmet needs in the market are at different stages of clinical development. Some pharma players such as Postbiotica and Sylentis are also working to strengthen the VKC pipeline; however, their candidates are still at pre-clinical stages of development. Moreover, with the expected launch of the therapies in the Vernal keratoconjunctivitis pipeline such as Verkazia (Santen) in the United States, AK002 (Allakos), Bertilimumab/iCo-008 (iCo Therapeutics), and Nomacopan (Akari Therapeutics), the market size shall further increase during the forecast period (2020– 2030). Of all the VKC Pipeline therapies, Verkazia is already approved in the European region, and Asia (for severe keratitis in adult patients with dry eye disease, which has not improved despite treatment with tear substitutes); and is set to be launched in the United States, and other countries in 2021.

Conclusively, recent advances in technology and heightened R&D in the field have paved the way for a better understanding of the disease. Moreover, a better understanding of pathophysiology and manifestation of the disease has bolstered the approaches underway for developing better treatment options in the form of pipeline therapies expected to enter the market by 2030. Rising prevalence and supportive treatments have further garnered the attention of many pharma companies to develop a cure for the disease and increase Vernal keratoconjunctivitis market share for the forecast period. 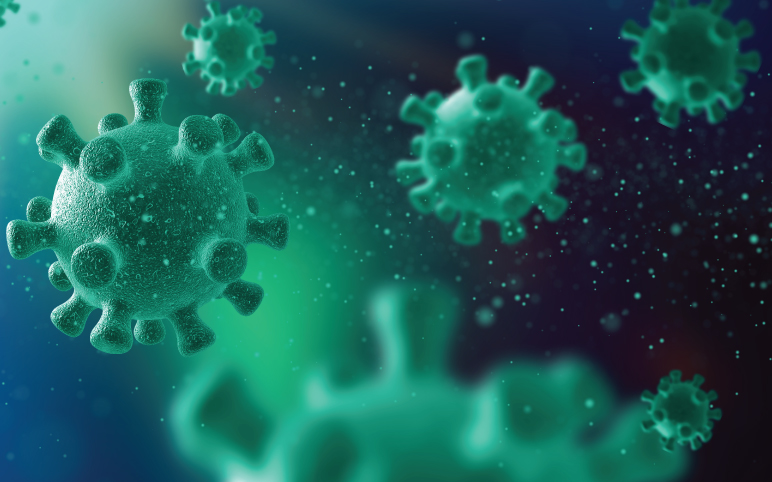 Allergic Conjunctivitis (AC) is a common eye disorder characterized by the inflammation in the tissue that lines the ... 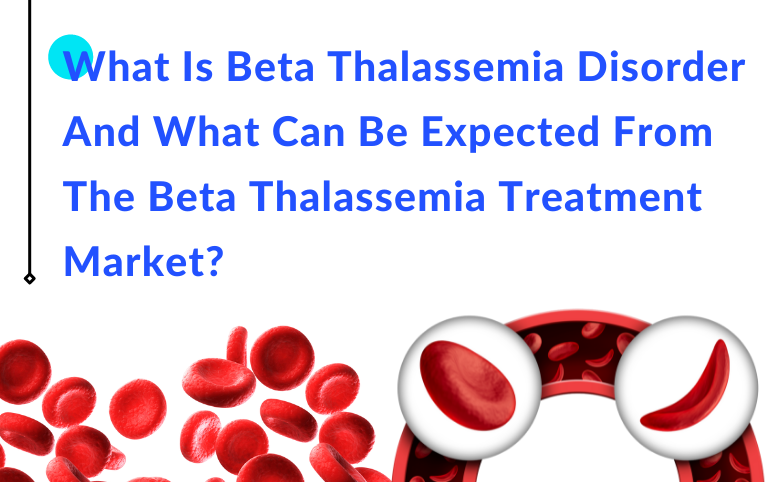 Beta Thalassemia (β-Thalassemia) is a blood disorder characterized by reduced synthesis of the hemoglobin subunit bet... 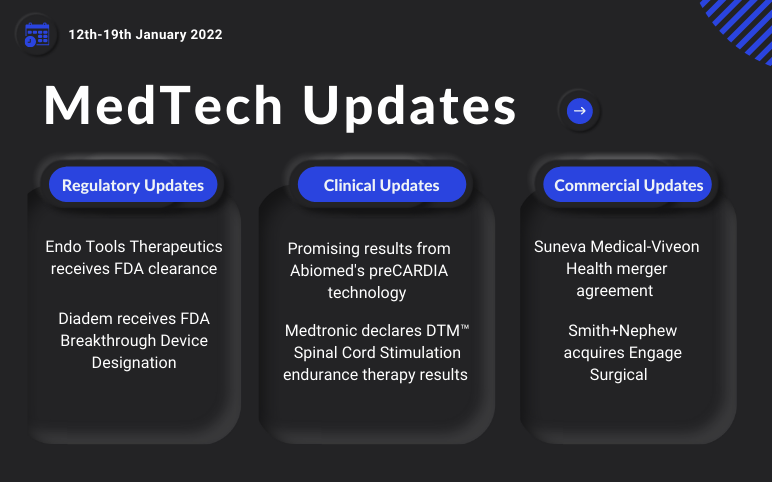