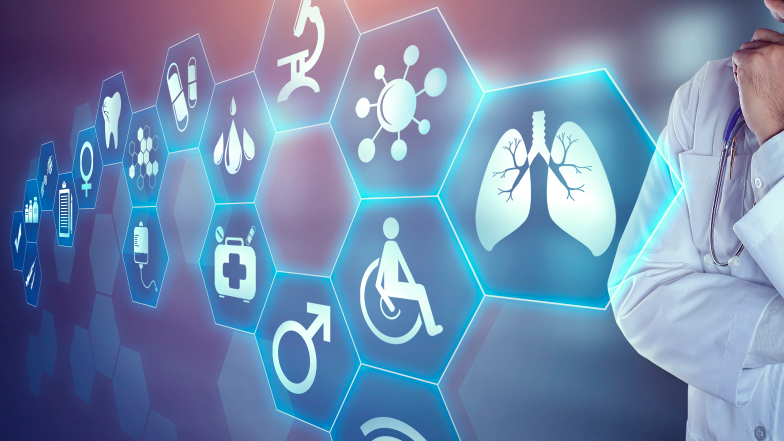 For many years, metastatic melanoma was widely believed to be intractable to most conventional anticancer therapies but the last decade has seen the development of a remarkable series of systemic therapies for patients with unresectable metastatic melanoma. These therapeutic advances can be divided into either targeted therapies that specifically inhibit the function of the most common genetic mutation that drives melanoma progression or immune therapies that relieve the inhibitory signals that impair immune cell recognition and destruction of the tumor in melanoma patients.

Vemurafenib interrupts the B-Raf/MEK step on the B-Raf/MEK/ERK pathway if the B-Raf has the common V600E mutation. At the same time it was noted that targeting MEK, the downstream effector of BRAF, using single-agent trametinib, also had activity (albeit less of an effect than BRAF inhibitor monotherapy) in patients with BRAF-mutant melanoma (median PFS 4.8 months). Dabrafenib is also another BRAF inhibitor. Dabrafenib orally bioavailable inhibitor of BRAF protein with the antineoplastic activity which selectively binds to and inhibits the activity of B-RAF, which may inhibit the proliferation of tumor cells which contain a mutated BRAF gene.

In most cases treated with BRAF or MEK inhibitor, reactivation of the MAPK pathway was found in the tumor specimens tested upon relapse. With this in mind, strategies were developed to vertically target the MAPK pathway in melanoma using the combination of a BRAF and a MEK inhibitor. These studies, initially using the combination of dabrafenib (Tafinlar) + trametinib (Mekinist) and later vemurafenib (Zelboraf) + cobimetinib (Cotellic) or encorafenib (Braftovi) + binimetinib (Mektovi), showed the BRAF-MEK inhibitor combination to have greater efficacy and increased PFS compared to each BRAF inhibitor monotherapy evaluated.

Vemurafenib is a potent highly selective inhibitor of mutated BRAF V600E. By inhibiting the kinase activity of BRAF, this prevents signaling from the MAP kinase pathway and blocks the proliferation of malignant cells that harbor this specific mutation. Cobimetinib works by blocking the activity of the MAPK signaling pathway, specifically the MEK1 and MEK2 proteins. These MEK proteins regulate the extracellular signal-related kinase pathway, which plays a key role in cell proliferation. Encorafenib acts as an ATP-competitive RAF kinase inhibitor, decreasing ERK phosphorylation and down-regulation of CyclinD1. This arrests the cell cycle in the G1 phase, inducing senescence without apoptosis. Therefore, it is only effective in melanomas with a BRAF mutation.

Binimetinib is noncompetitive with ATP, binds to and inhibits the activity of MEK1/2. The inhibition of MEK1/2 prevents the activation of MEK1/2-dependent effector proteins and transcription factors. This process can result in the inhibition of growth factor-mediated cell signaling. Resistance (albeit delayed) was still seen to the BRAF-MEK inhibitor combination, with reactivation of the MAPK pathway still emerging as the major driver of resistance. Interestingly the BRAF-MEK inhibitor combination was associated with a slightly different side-effect profile, with a reduced incidence of SCC/KA development being observed compared to those on BRAF inhibitor monotherapy.

The immune system has long been an interest of those who treat melanoma patients. Some of the first therapies with proven efficacy against melanoma, such as high dose interleukin (IL-2), have been immunologic and involved nonspecific stimulation of the immune system. The use of high dose IL-2 came at the cost of low response rates (objective response rate ~15–20%, complete response rate ~5%) and significant toxicity, and required hospitalization for safe administration. The first approach to be validated clinically was the inhibition of the cytotoxic T-lymphocyte associated antigen 4 (CTLA-4), a cell surface protein that blocks the function of cytotoxic T-cells.

Cancer cells produce antigens, which the immune system can use to identify them. These antigens are recognized by dendritic cells that present the antigens to cytotoxic T lymphocytes (CTLs) in the lymph nodes. Along with the antigens, the dendritic cells present an inhibitory signal. That signal binds to a receptor, CTLA-4, on the CTL and turns off the cytotoxic reaction. This allows cancer cells to survive. Ipilimumab (Yervoy) binds to CTLA-4, blocking the inhibitory signal, which allows the CTLs to destroy the cancer cells.

The low response rates and high levels of toxicity associated with anti-CTLA-4 monotherapy make the patient selection a critical issue. Better selectivity seems to be achieved when checkpoints found more exclusively in the tumor microenvironment, such as the programmed death (PD)-1 receptor and its ligands PD-L1 and PD-L2, are targeted.

As monotherapy, the anti-PD-1 antibodies nivolumab or pembrolizumab) are associated with response rates of 30–40%, with the majority of those responding experiencing responses of >1 year. Opdivo (nivolumab) is a human immunoglobulin G4 (IgG4) monoclonal antibody that binds to the PD-1 receptor and blocks its interaction with PD-L1 and PD-L2, releasing PD-1 pathway-mediated inhibition of the immune response, including the anti-tumor immune response. Pembrolizumab (Keytruda), as an IgG4 subclass antibody, is preferred over other subclasses as it only induces weakly the complement and cell activation due to low affinity to C1q and Fc receptors. It binds with a high affinity to the cell surface receptor programmed cell death protein 1 (PD-1) and it antagonizes its interaction with its known ligands PD-L1 and PD-L2. In normal circumstances, the binding of the ligands of PD-1 to the receptor inhibits the TCR-mediated T cell proliferation and cytokine production.

The evident lack of cross-resistance between inhibitors of the CTLA-4 and PD-1 immune checkpoints led to the evaluation of combination immune therapies. The objective response rates in phase 3 clinical trial CheckMate-067 were 19% with ipilimumab, 44% with nivolumab, and 58% with nivolumab plus ipilimumab.

Complete responses were 2.2% with ipilimumab, 8.9% with nivolumab, and 11.5% with nivolumab plus ipilimumab. Similarly, the median PFS was 2.9 months with ipilimumab, 6.9 months with nivolu­mab, and 11.5 months with nivolumab plus ipilimumab. When used together, nivolumab and ipilimumab can treat advanced melanoma more effectively than each drug on its own. This combination of two immunotherapy drugs can shrink tumors and help patients live longer. Ipilimumab essentially turns on the immune response, allowing T cells to begin the attack on melanoma. Nivolumab then removes the immune protection that cancer cells put up to defend themselves from attacks. Nivolumab and ipilimumab are systemic, which means that the treatments travel through the bloodstream to reach all parts of the body. Cancer physicians use systemic immunotherapy to treat metastatic cancer, which is cancer that has spread from its original location to other areas of the body.

The Unexpected Setback in combining Targeted and Immuno Therapies

Both Roche and Novartis have attempted to show that the durability of response rates generated by Braf and Mek inhibitors in melanoma can be improved by adding PD-1 blockade. Roche's Imspire150 and the Combi-I study were similar in design and size, both recruiting untreated, metastatic Braf positive melanoma patients, and pitting a triple combination of PD-1 blockade and Braf and Mek inhibition against doublet kinase inhibitor therapy. But while Roche might have succeeded, its rival Novartis has recently failed.

Phase 3 COMBI-I study was evaluating Novartis PD-1 inhibitor spartalizumab in combination with dabrafenib and trametinib among untreated patients with stage IIIC or stage IV BRAFV600 mutation-positive cutaneous melanoma. When using a BRAF inhibitor in combination with a MEK inhibitor, patient biopsies often show an influx of T cells within the first week of treatment, the addition of immunotherapy was expected to produce durable responses. However, the trial failed to meet its primary endpoint of investigator-assessed progression-free survival. Novartis has indicated that it will continue to review the data along with the COMBI-i study investigators to learn more from the results which will be presented at ESMO 2020, late-breaking abstract #43.

The development of molecular targeted therapy for melanoma stemmed from the observation that approximately 50% of cutaneous melanomas have mutations in serine/threonine kinase BRAF.