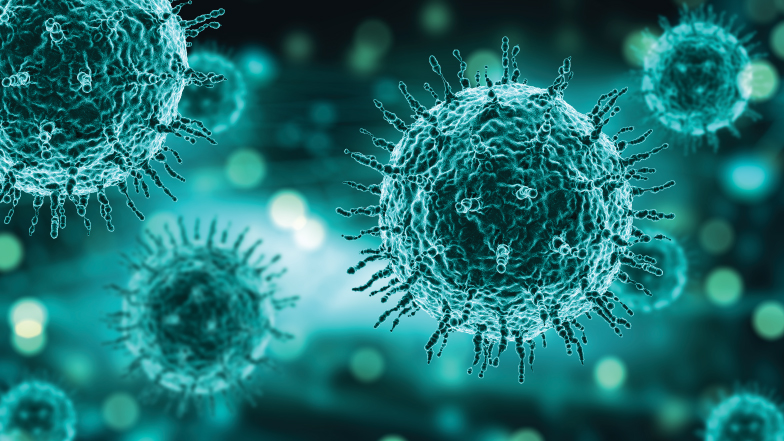 At ESMO 2021, Merck will demonstrate survival results from the pivotal KEYNOTE-355 study, which evaluates KEYTRUDA, Merck’s anti-PD-1 therapy, in combination with chemotherapy for the treatment of patients with metastatic triple-negative breast cancer (mTNBC).

KEYNOTE-355 is a randomized, two-part, placebo-controlled Phase III trial (NCT02819518) evaluating KEYTRUDA in combination with one of three different chemotherapies compared with placebo plus one of the three chemotherapy regimens for the treatment of locally recurrent inoperable or metastatic TNBC that has not been previously treated with chemotherapy in the advanced setting. The endpoints for the study encompassed Progression-Free Survival and Overall Survival in patients whose tumors expressed PD-L1 (CPS ≥1 and CPS ≥10) and in all participants (intention-to-treat [ITT] population). The other endpoints included objective response rate (ORR), duration of response (DOR), disease control rate (DCR), patient-reported outcomes (PROs), and safety.

Based on the interim analysis of KEYNOTE-355, the FDA, in November 2020, had granted accelerated approval to pembrolizumab for use in combination with chemotherapy in the treatment of patients with locally recurrent unresectable or metastatic triple-negative breast cancer whose tumors express PD-L1 as determined by an FDA-approved test based on progression-free. The results showed that at a median follow-up of 26.1 months, pembrolizumab plus chemotherapy resulted in a median progression-free survival (PFS) of 9.7 months (95% CI, 7.6-11.3) versus 5.6 months (95% CI, 5.3-7.5) with placebo/chemotherapy (HR, 0.65; 95% CI, 0.49-0.86; one-sided P =.0012). Additionally, in patients whose tumors had a PD-L1 CPS of 1 or higher, the median PFS was reported to be 7.6 months with pembrolizumab/chemotherapy versus 5.6 months with chemotherapy alone (HR, 0.74; 0.61-0.90; p = .0014); however, this was not evaluated to be statistically significant. In the intent-to-treat (ITT) population, the median PFS with the pembrolizumab combination was 7.5 months versus 5.6 months with chemotherapy alone, translating to an 18% reduction in the risk of death (HR, 0.82; 95% CI, 0.69-0.97). Statistical significance was not evaluated in this patient population.

For patients whose tumors had a PD-L1 CPS of 1 or higher, the 1-year PFS rates reported with pembrolizumab/chemotherapy and chemotherapy alone were 31.7% and 19.4%, respectively; the 6-month PFS rates were 56.4% and 46.6%, respectively. In the ITT population, 1-year PFS rates were 29.8% with the addition of pembrolizumab versus 20.9% with chemotherapy alone; at 6 months, these rates were 55.4% and 47.8%, respectively. The PFS benefit with pembrolizumab was observed across subgroups analyzed in the ITT population and in those with a PD-L1 CPS of 1 or higher. Additionally, patients who had a CPS of 20 or higher also experienced substantial benefit from the combination, with a median PFS of 9.5 months (HR, 0.61; 95% CI, 0.43-0.87). With regard to safety, the most commonly reported toxicities observed in patients who received the pembrolizumab/chemotherapy combination included fatigue, nausea, diarrhea, constipation, vomiting, alopecia, rash, cough, decreased appetite, and headache.

Furthermore, according to the company’s press release, announced earlier this year, the trial met the primary endpoint of Overall Survival (OS) in patients with metastatic triple-negative breast cancer whose tumors expressed PD-L1 (CPS ≥10). These overall survival results were in line with the previous interim analysis that demonstrated KEYTRUDA in combination with chemotherapy significantly improved PFS compared with chemotherapy alone in these patients. In addition, recently, KEYTRUDA has also been approved in Japan for the treatment of patients with PD-L1-positive, hormone receptor-negative, and human epidermal growth factor receptor 2 (HER2)-negative inoperable, or recurrent breast cancer, based on the results of Phase III KEYNOTE-355 trial.

Expert Comment: “In the battle against triple-negative breast cancer, the subtype that has the poorest survival prognosis, new alternatives that can prolong the lives of patients are immediately needed. These new overall survival results confirm that KEYTRUDA along with chemotherapy represents an imperative treatment choice for certain patients with metastatic TNBC.”

In the battle against triple-negative breast cancer, the subtype that has the poorest survival prognosis, new alternatives that can prolong the lives of patients are immediately needed. These new overall survival results confirm that KEYTRUDA along with chemotherapy represents an imperative treatment choice for certain patients with metastatic TNBC