At the ongoing ESMO 2021 congress, Spectrum Pharmaceuticals seemed fortunate enough while presenting the data from its ongoing phase II ZENITH20 trial. The trial currently has seven cohorts, out of which the results were presented from its Cohort-04 exploring poziotinib in the treatment naive patients with HER2 exon 20 insertion mutant positive NSCLC. In late 2019, the company announced that the asset failed to meet the pre-specified primary endpoint in the first cohort of participants investigating patients with pretreated NSCLC harboring EGFR exon 20 mutations. The company did not give up and decided to continue studying the drug in other molecularly defined patient cohorts. In September 2020 at the ESMO conference, the company presented the results from its cohort II (previously treated NSCLC patients with HER2 exon 20 insertion mutations), which reported good results and demonstrated a confirmed objective response rate (ORR) of 27.8% and the disease control rate (DCR) of 70% with a tumor reduction in 74% of the patients.

The data presented at ESMO 2021 was from 48 first-line patients with HER2 exon 20 insertion mutant positive NSCLC who received 16mg of oral poziotinib once daily. The results showed a confirmed ORR of 44%, including one complete response as evaluated centrally by an independent image review committee using RECIST 1.1 criteria. Eighty-eight percent of patients showed tumor reduction with a DCR of 75%. Median DoR was 5.4 months, and the median PFS was 5.6 months with the 6-month PFS rate of 42% and the 1-year PFS rate of 26%. Eighty-eight percent of patients had dose interruptions, and 77% had reductions from the 16mg QD starting dose, while 13% had adverse event-related discontinuations. Only 1 patient experienced a Grade greater than or equal to 3 pneumonitis. Poziotinib demonstrated clinically meaningful anti-tumor activity in newly diagnosed NSCLC patients with HER2 exon 20 mutations with 16mg QD dosing. The safety profile was manageable and similar to previously seen in previous studies and other second-generation tyrosine kinase inhibitors. The 8mg BID portion of Cohort 4 is continuing to recruit actively.

Expert Opinion: As of now, in HER2 exon 20 advanced lung cancer, we still don't have an FDA-approved drug. This is really a great need. We need to target this oncogene because it's an established oncogenic driver, no different from the other drivers. We have to design and utilize all the medical tools we have. We're not excluding chemotherapy or immunotherapy, but small-molecule TKIs should be an important part of the treatment. From what the data from poziotinib have shown in the HER2 exon 20-positive population, the study has met the initial primary endpoint. Currently, the FDA is waiting to consider it. So, we're hoping to bring more options to the patients from the oncologist’s standpoint.

INSIGHTS: At present, there is no approved treatment for patients with HER2 exon 20 mutations, and the results with poziotinib look quite promising in the treatment-naïve patients possessing this mutation. In addition to this, poziotinib was also granted fast track designation by the US FDA for use in previously treated patients with HER2 exon 20 mutations in March 2021. Based on this designation, the company recently decided to submit a new drug application (NDA) for poziotinib later this year. The additional results in the treatment-naïve patients may also pave the way to its expedited approval in the indication. After the approval of Rybrevant (amivantamab-vmjw) by the US FDA in May 2021, as the first treatment for adult patients with NSCLC whose tumors had EGFR exon 20 insertion mutations, Takeda’s Exkivity (mobocertinib) was the second drug to enter into the space. As per our analysis, Exkivity has the upper hand over Rybrevant as the prior is the first and only approved oral therapy specifically designed to target EGFR Exon20 insertion mutations. As for competition, Takeda’s now approved Exkivity has shown impressive results in EGFR exon 20 insertions, the niche where poziotinib failed as mentioned above, but little data exist on exon 20 insertions in the HER2 subset of the population. With the recent data readouts from the HER2 exon 20 mutation-specific patients, Delveinsight anticipates that poziotinib could be the first targeted drug for this subset of the disease, which might get approved by mid-2022 either for treatment-naïve or relapsed patients harboring this mutation. Despite a very low target population, Delveinsight estimates that the drug could generate a significant market size in the future.

Delveinsight anticipates that poziotinib could be the first targeted drug for this subset of the disease, which might get approved by mid-2022 either for treatment-naïve or relapsed patients harboring this mutation. Despite very low target population, Delveinsight estimates that the drug could generate a significant market size in future. 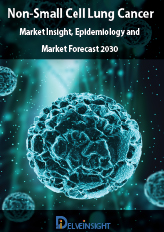