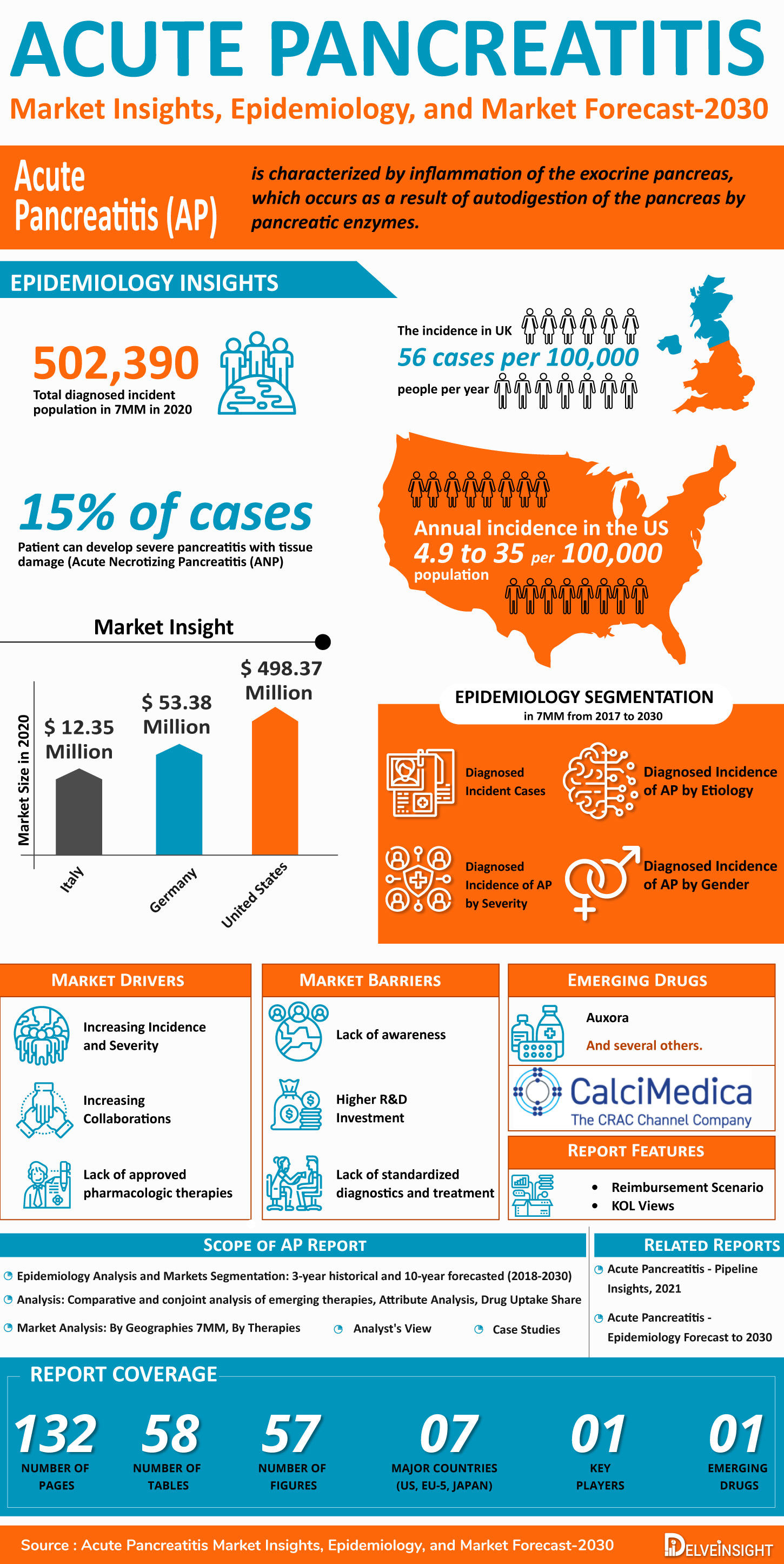 Acute pancreatitis (AP) is an acute inflammatory disease of the pancreas that presents as severe upper abdominal pain, often accompanied by nausea and vomiting. In acute pancreatitis, which has numerous causes, inflammation of the pancreas occurs, which can lead to pancreatic cell death or necrosis and systemic inflammation, a precursor to organ failure. Normal pancreatic functions, such as the secretion of digestive enzymes required to break down food in the gut, are disabled.

Acute pancreatitis usually begins with gradual or sudden pain in the upper abdomen that sometimes extends to the back. The pain may be mild at first and become worse after eating. The pain is often severe, constant, and commonly lasts for several days in the absence of treatment. A person with acute pancreatitis usually looks and feels very ill and needs immediate medical attention. Most cases require hospitalization for 3 to 5 days for close monitoring, pain control, and intravenous hydration. Other symptoms can include a swollen and tender abdomen, nausea and vomiting, fever, and rapid pulse.

The Epidemiological Segmentation of Acute Pancreatitis in 7MM from 2018 to 2030 is segmented as:-

The therapeutic market size of Acute Pancreatitis in the US, Germany, and Italy was USD 498.37 million, USD 53.38 million, and USD 12.35 million respectively.

The emerging drugs of the Acute Pancreatitis market are Auxora and many more.

The key players in the Acute Pancreatitis market are CalciMedica, Inc. and many more