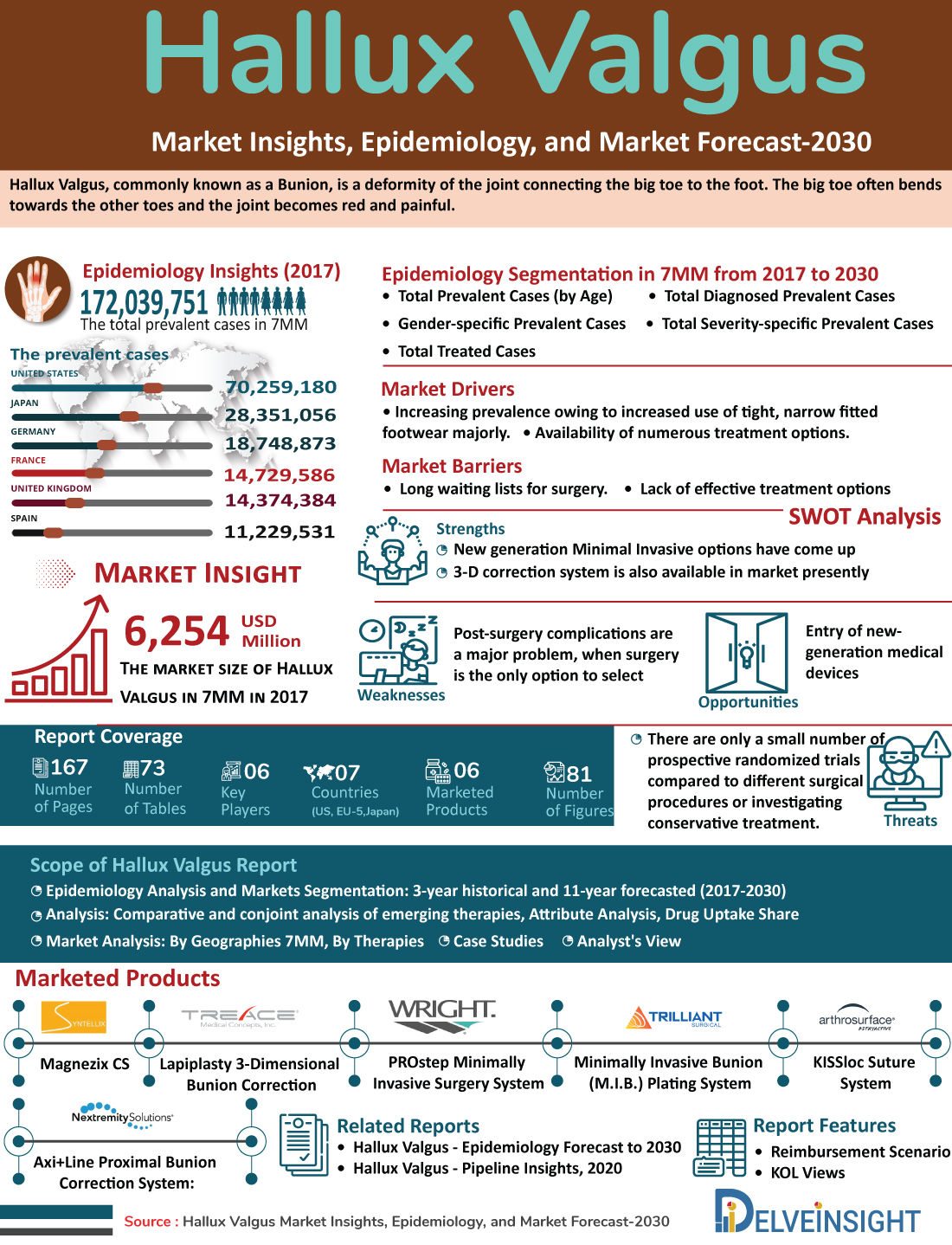 Hallux Valgus, commonly known as a Bunion, is one of the most common progressive forefoot deformities worldwide. A bunion is a bump, which develops at the joint of the big toe—the metatarsophalangeal (MTP) joint. The big toe is made up of two joints. The larger of the two is the MTP, where the first long bone of the foot (metatarsal) meets the first bone of the toe (phalanx).

The Epidemiological Segmentation of Hallux Valgus in 7MM from 2017 to 2030 is segmented as:-

The Marketed Products of the Hallux Valgus market are

The key players in the Hallux Valgus market are