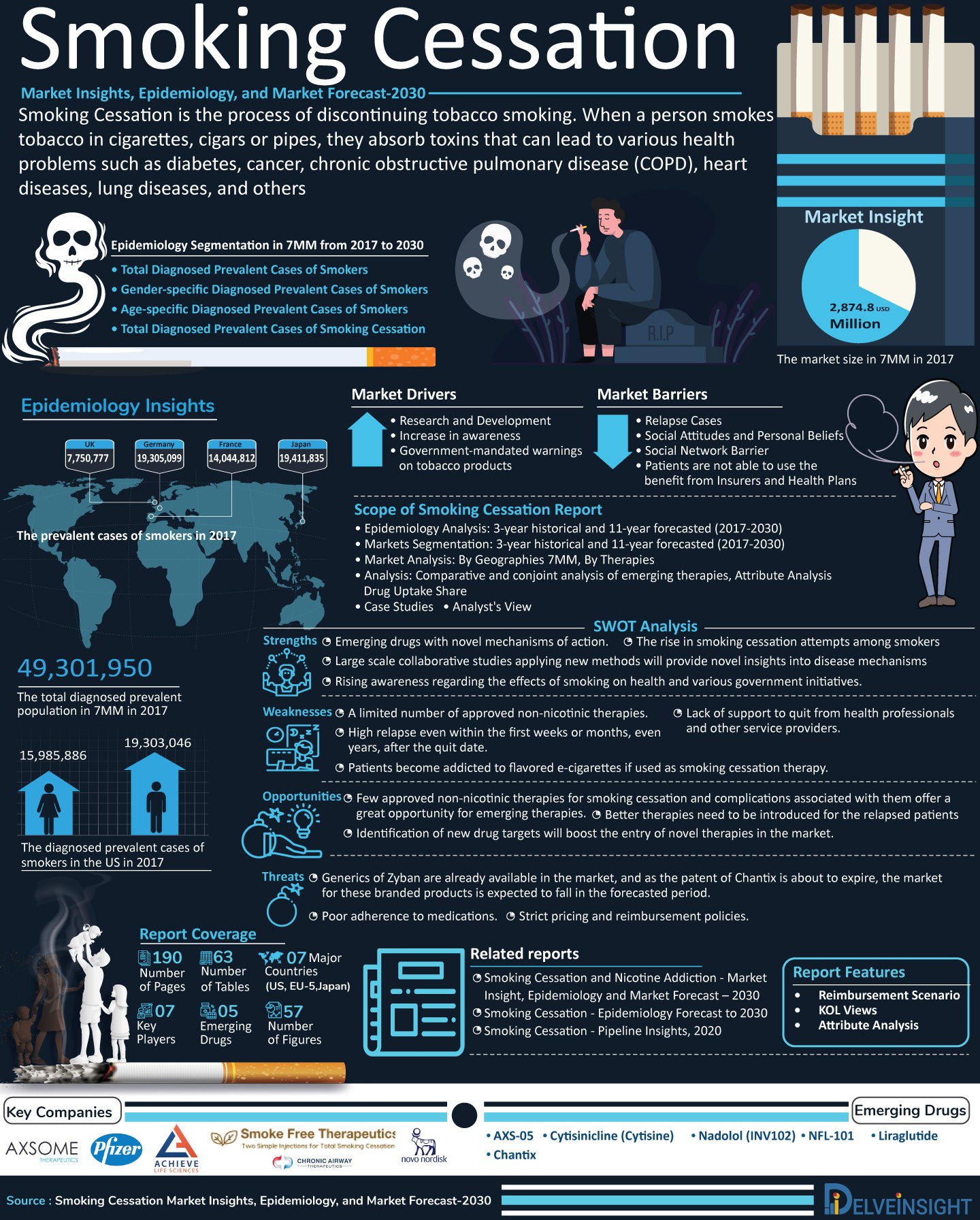 Smoking Cessation is the process of discontinuing tobacco smoking. When a person smokes tobacco in cigarettes, cigars or pipes, they absorb toxins that can lead to various health problems such as diabetes, cancer, chronic obstructive pulmonary disease (COPD), heart diseases, lung diseases, and others.

The main barrier to smoking cessation is nicotine addiction. Some of the most usual nicotine withdrawal symptoms smokers face when they try to quit smoking include craving for smoking, mood swings, insomnia, constipation, increased appetite, anxiety, etc.

The Epidemiological Segmentation of Smoking Cessation in 7MM from 2017 to 2030 is segmented as:-

The emerging drugs of the Smoking Cessation market are

The key players in the Smoking Cessation market are