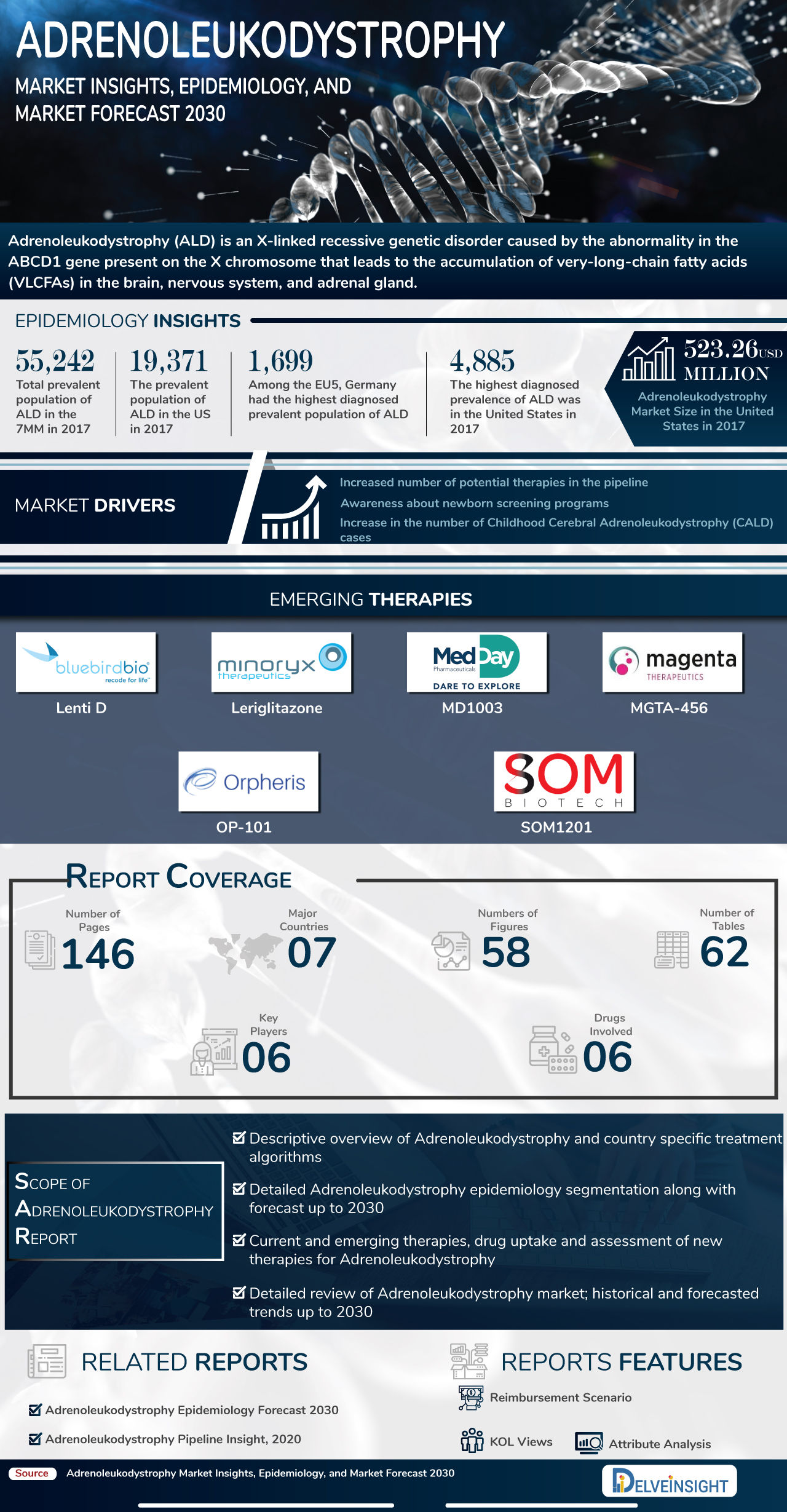 Adrenoleukodystrophy (ALD) is an X-linked recessive genetic disorder that is caused by the abnormality in the ABCD1 gene present on the X chromosome, leading to the accumulation of very-long-chain fatty acids (VLCFAs) in the brain, nervous system, and adrenal gland.

The Epidemiological Segmentation of Adrenoleukodystrophy in 7MM from 2017 to 2030 is segmented as:-

Adrenoleukodystrophy Market Size in the United States in 2017 was USD 523.26 million