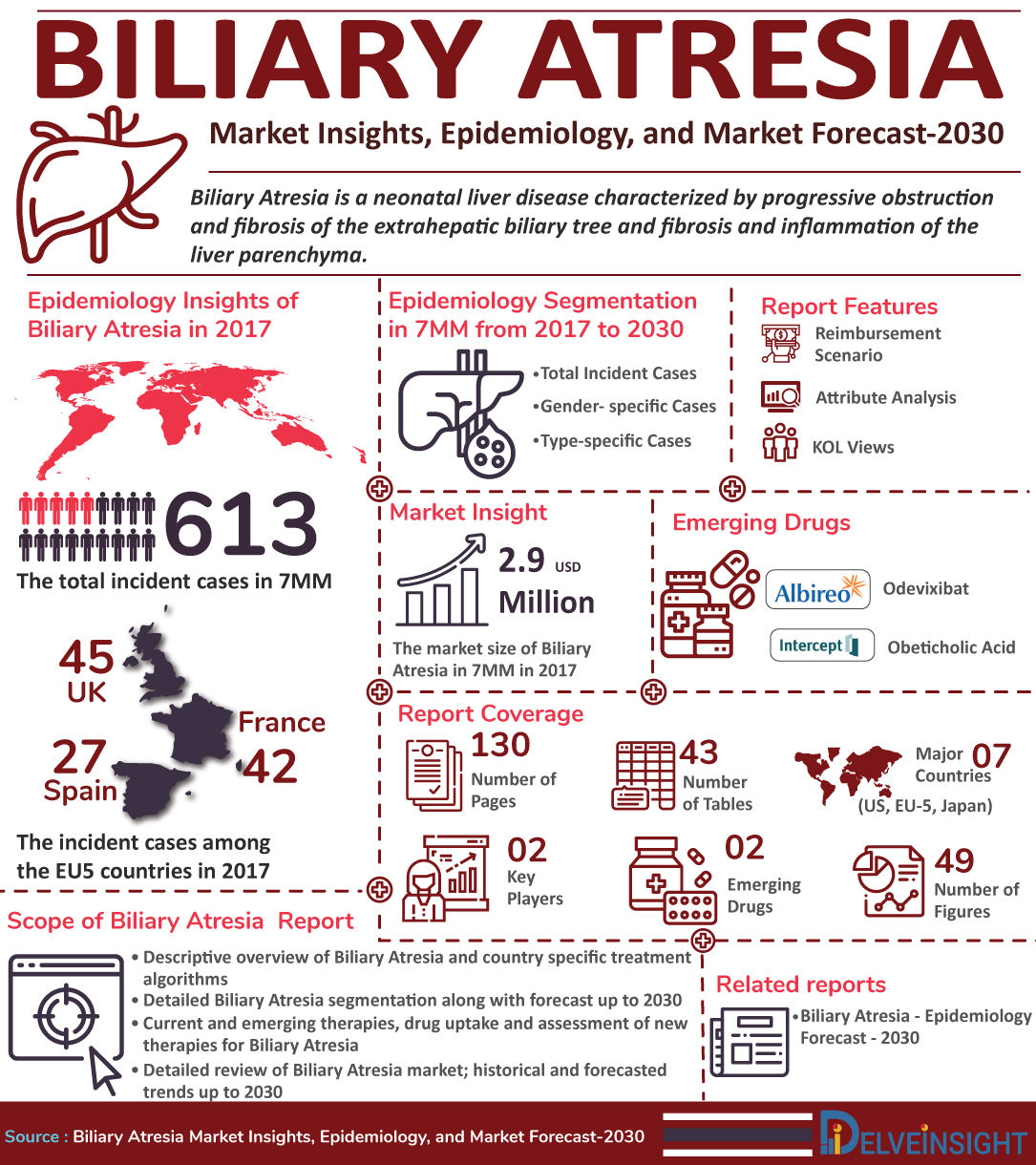 Biliary Atresia is a neonatal liver disease, which is characterized by progressive obstruction and fibrosis of the extrahepatic biliary tree and fibrosis and inflammation of the liver parenchyma.

There are two types of Biliary Atresia, a fetal form that develops during fetal life and a more common perinatal form, which does not become evident until the second to fourth week of the infant's life. Some children, particularly those with the fetal form of Biliary Atresia, have other congenital disabilities in the heart, spleen, or intestines.

The Epidemiological Segmentation of Biliary Atresia in 7MM from 2017 to 2030 is segmented as:-

The emerging drugs of the Biliary Atresia market are Odevixibat, Obeticholic Acid, and many others.

The key players in the Biliary Atresia market are Albireo, Intercept Pharmaceuticals, and many others.