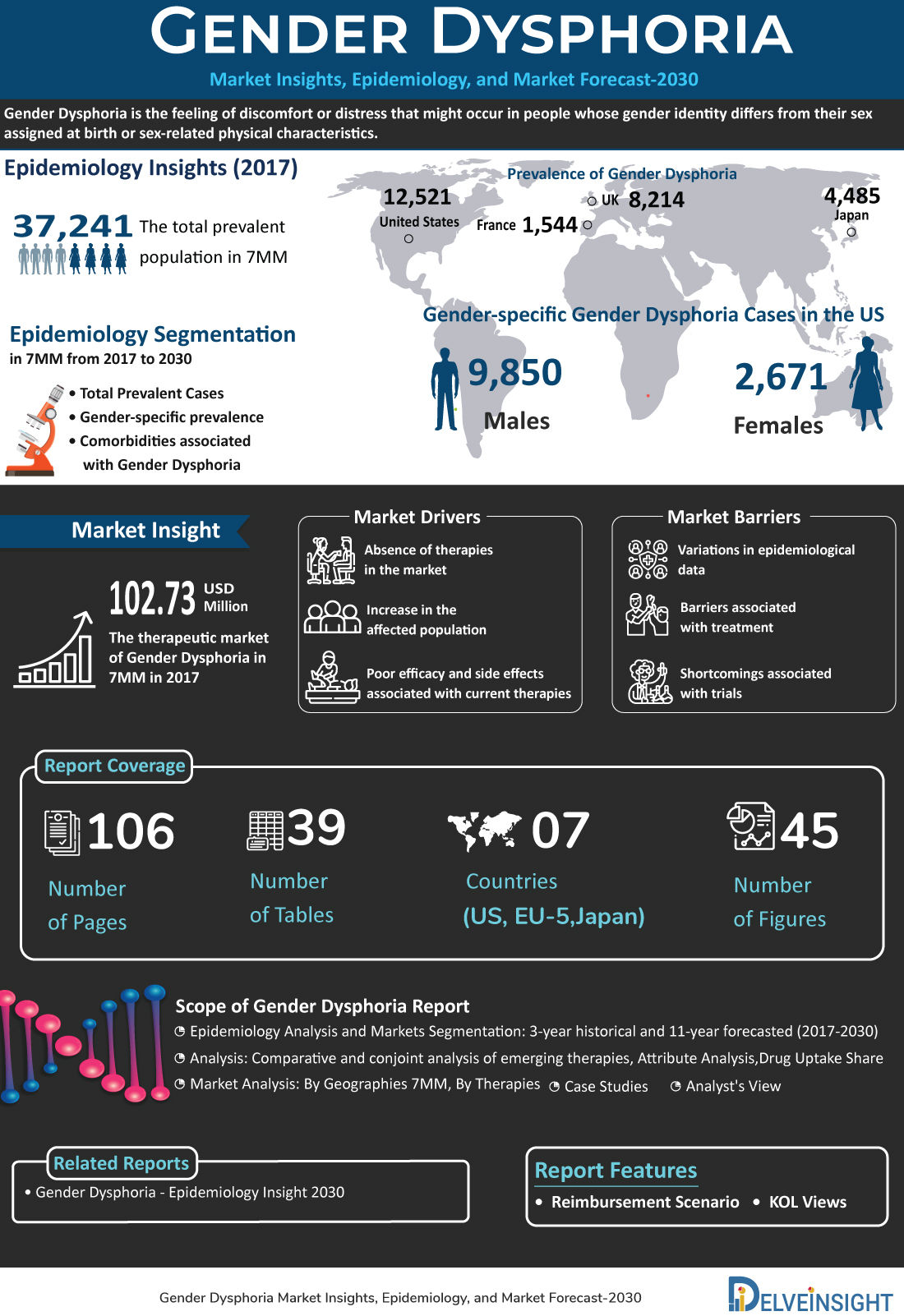 Gender Dysphoria involves a conflict between a person’s physical or assigned gender and the gender he/she recognizes. Such individuals with gender dysphoria often face tremendous distress and/or problems functioning associated with this conflict between the way they feel and think of themselves (referred to as experienced or expressed gender) and their physical or assigned gender.

There are no physical signs. However, people with gender dysphoria may experience and display a range of feelings and behaviors. The etiology of gender dysphoria remains unclear, but it is contemplated to come from a complex biopsychosocial link. People born with congenital adrenal hyperplasia or androgen insensitivity syndrome are mostly brought up and socialized as girls, even though they often cross-dress and have an innate sense of belonging to the opposite sex. These changes are more evident around and during puberty.

In some cases, Gender Dysphoria co-occurs with other mental health conditions. Some studies have found that autism and gender dysphoria frequently co-occur in children and adolescents.

The Epidemiological Segmentation of Gender Dysphoria in 7MM from 2017 to 2030 is segmented as:-

•       Gender-specific Gender Dysphoria Cases were observed in the United States in 2017:-

•       Increase in the affected population

•       Poor efficacy and side effects associated with current therapies