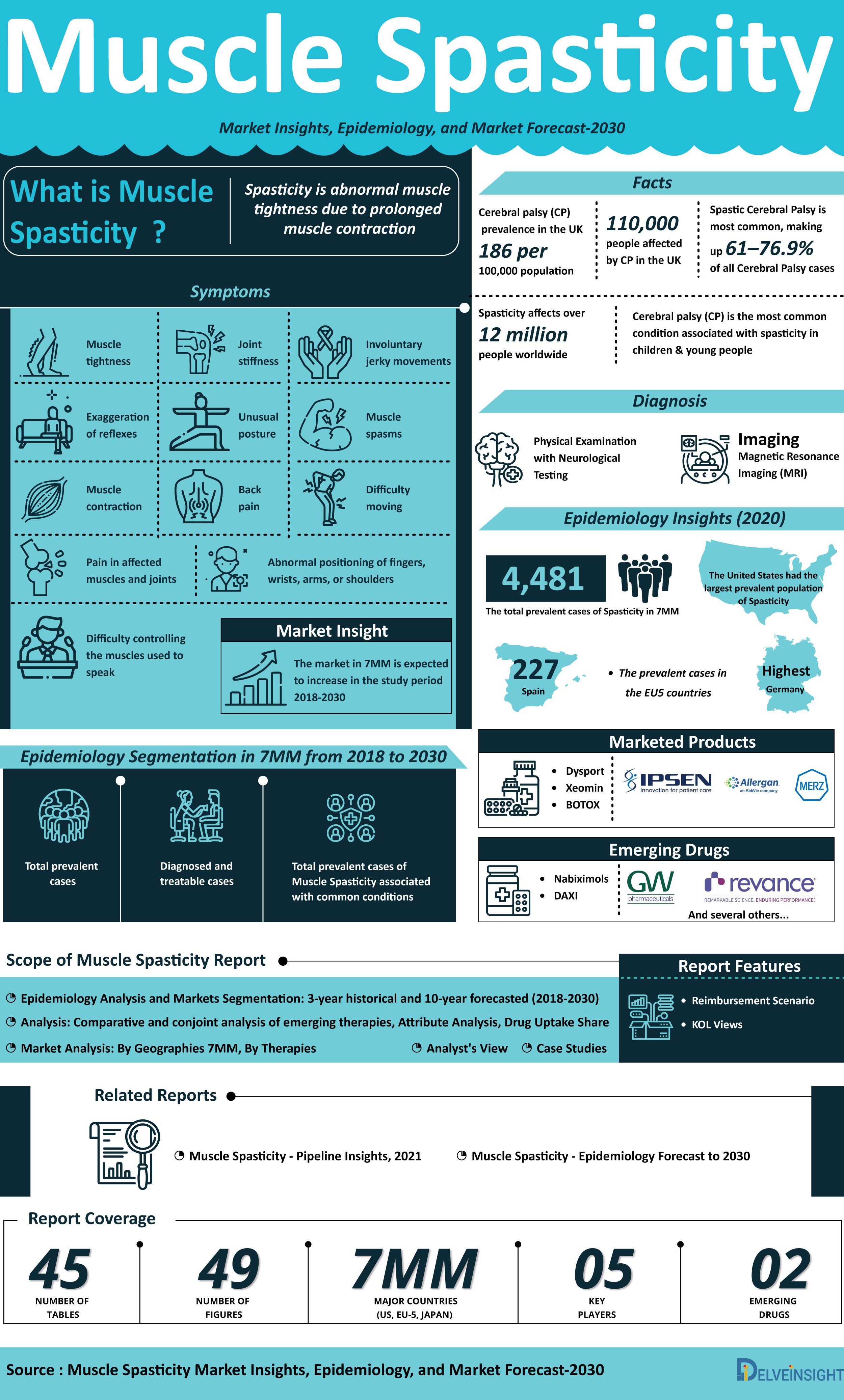 Muscle Spasticity is a condition of abnormal muscle tightness which is caused due to prolonged muscle contraction. It is associated with damage to the brain, spinal cord, or motor nerves and is observed in people specifically dealing with certain neurological conditions, such as Cerebral Palsy, Multiple Sclerosis, etc.

It is usually caused by damage or disruption to the brain and spinal cord responsible for controlling muscle and stretch reflexes. The damage may lead to an imbalance in the inhibitory and excitatory signals sent to the muscles, which in return causes them to stay locked in place.

Muscle Spasticity can be potentially dangerous for growing children as it can affect muscles and joints. People with brain injury, spinal cord injury, or cerebral palsy can have varying degrees of spasticity.

The Epidemiological Segmentation of Muscle Spasticity from 2018 to 2030 is segmented as:-

Epidemiology of Muscle Spasticity observed in 2020

Muscle Spasticity therapeutic market is expected to experience an upward surge across the 7MM during the study period (2018–2030).

The novel and emerging drugs in the Muscle Spasticity market are

A few of the key pharma players in the Muscle Spasticity market are: