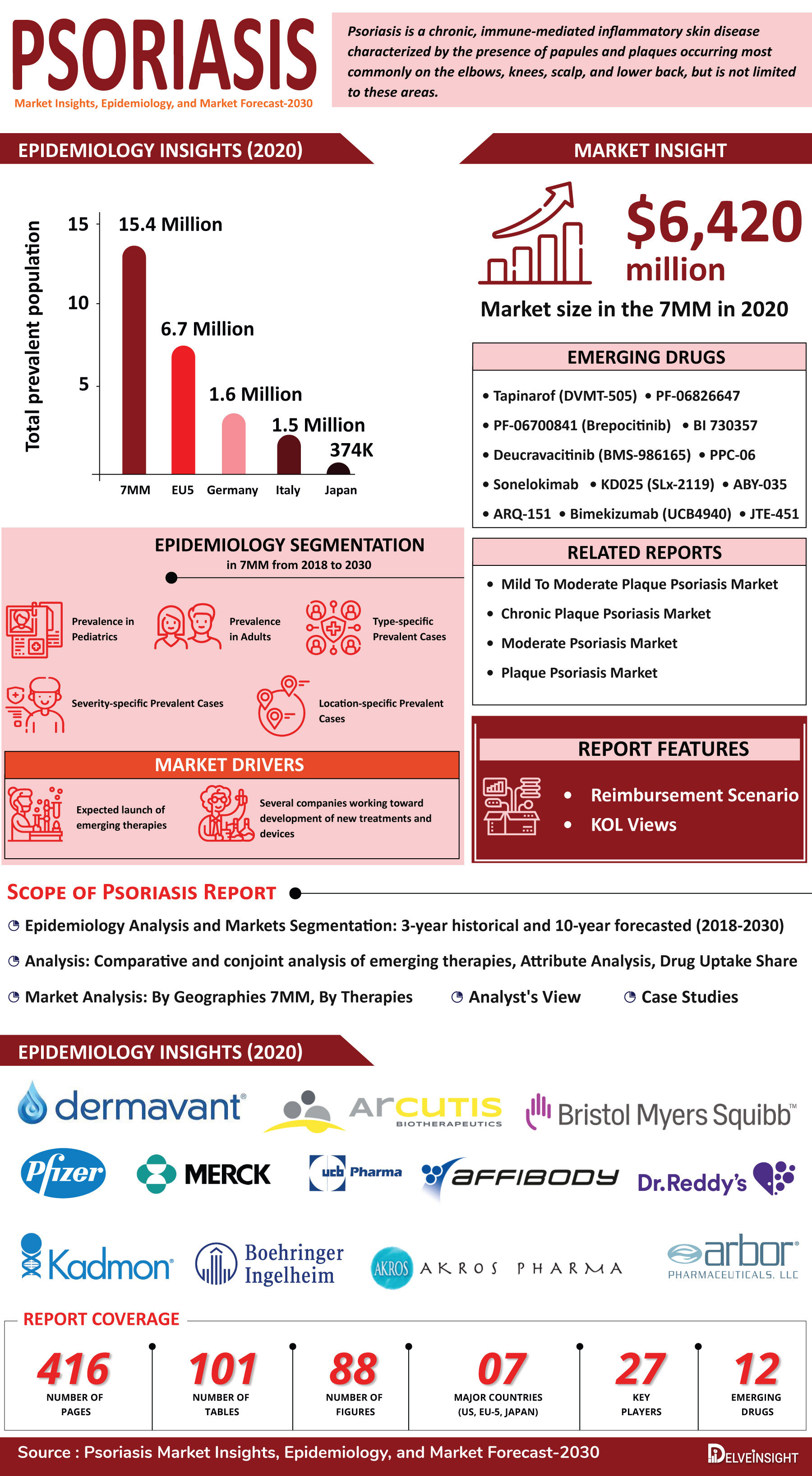 Psoriasis is a skin disease causing red, itchy, scaly patches on the body, most commonly on the knees, elbows, trunk, and scalp. Psoriasis is a widespread and long-term disease with no permanent cure. It continues to go through cycles, flaring for certain weeks or months, then subsiding for a while or going into remission.

Psoriasis is an immune system problem that causes the skin to regenerate at faster than standard rates. The most commonly occurring Psoriasis is plaque psoriasis, where rapid turnover of cells results in scales and red patches.

Characteristic risk factors that can cause Psoriasis are family history of diseased individuals,

smoking, and stress. Diagnostics of Psoriasis can be done by few lab tests, biopsy, and physical examination.

The Epidemiological Segmentation of Psoriasis in 7MM from 2018 to 2030 is segmented into:-

The marketed drugs for the treatment of Psoriasis are Humira, Stelara, and others.

The emerging drugs in the Psoriasis market are Tapinarof (DVMT-505) and others.

The key players working in the Psoriasis market are Dermavant Sciences and others.