MRx-4DP0004- a next-generation drug for management of Severe Asthma

Asthma, a multifactorial and phenotypically heterogeneous disease has very few therapeutic candidates that block a single mediator effective across multiple phenotypes. According to the DelveInsight’s epidemiology insights, in 2019, the total diagnosed prevalent cases of Asthma were 53Mn cases in the 7MM (The USA, EU5, Japan), which is expected to reach 55Mn cases by 2032.

There is a great need for a single therapy that targets underlying immune responses associated with severe asthma to provide greater disease control as different inflammatory pathways are often reciprocally regulated, whereby neutralization of one cytokine often leads to activation of the opposing pathway.

According to a growing form of research, the gut microbiota has a vital role in modulating immunological pathways through expansion of regulatory T and B cells, activation of TH17 responses, and suppression of invariant natural killer T cells. Though the functional relationship between the gut microbiota and chronic respiratory disorders is still unknown, changes in some species have been associated with various immune-mediated and atopic diseases.

In the recently concluded American Thoracic Society (ATS) International Conference 2022, 4D Pharma presented a poster with complete results from Part A of Phase I/II trial conducted to evaluate the safety and tolerability of MRx-4DP0004 as an add-on maintenance therapy in adults with partly controlled asthma treated with inhaled corticosteroids (ICS) with or without long-acting beta-agonists (LABA)

In this Phase I/IIa trial, 34 patients were randomly administered oral MRx-4DP0004 (N = 18) or placebo (N = 16) twice daily for 12 weeks in a ratio of 1:1, in addition to their usual maintenance therapy of ICS with or without LABA.

The trial successfully met its primary endpoint with MRx-4DP0004 having a safety profile comparable to placebo. 61.1% of patients receiving MRx-4DP0004 experienced any adverse event (AE) compared to 75.0% receiving placebo. Of these, only two were related to MRx-4DP0004 and were mild or moderate in severity.  The treatment was safe with no serious AEs reported.

Furthermore, as compared to placebo, MRx-4DP0004 showed efficacy across many secondary endpoints, providing positive preliminary results that support progression to Part B of Phase I/II research.

Also, a greater proportion of individuals receiving MRx-4DP0004 experienced a reduction in total weekly use of short-acting beta-agonists (SABA) rescue medication at all time points than placebo. Exacerbations, hospitalizations, and death are all linked to the overuse of SABA rescue medicine, and decreasing SABA usage is key for improved asthma management. About 50% of patients receiving MRx-4DP0004 reduced their use of SABA rescue medication as compared to 18.8% for the placebo group, at the end of 85 day treatment period.

Results also demonstrated that MRx-4DP0004-treated patients’ quality of life continued to improve over the treatment period with 50.0% of patients experiencing a clinically meaningful increase in Asthma Quality of Life Questionnaire (AQLQ) scores of ≥0.5 at end of treatment, compared to 31.3% receiving placebo.

In the 12-week treatment period, only 1 of 18 patients (5.6%) randomized to MRx-4DP0004 experienced an asthma exacerbation, compared to two of 16 patients (12.5%) randomized to placebo. The forced expiratory volume (FEV1), ratio FEV1:forced vital capacity (FVC), and peak expiratory flow (PEF), mean measures of lung function, all remained stable from baseline to the end of the treatment period.

Following the successful conclusion of Part A, 4D Pharma plans to enroll patients in Part B of the study, which will evaluate clinical and biomarker activity in up to 90 patients. It will include more symptomatic patients and will measure the proportion of patients with a reduction in ACQ-6 scores from baseline vs. placebo, which was statistically significant at all time points evaluated in Part A of the trial.

For a more detailed analysis of the Severe Asthma market please reach us at https://www.delveinsight.com 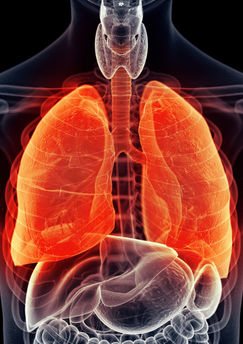