A new era in Ssc-ILD Treatment

Systemic Sclerosis (SSc) is a rare autoimmune disease marked by progressive fibrosis of the skin and internal organs, which is considered to be caused by inflammation and prolonged immunological activation. For those with the condition, lung involvement (SSc-ILD) is the major cause of morbidity and mortality.

According the DelveInsight’s estimation of prevalent cases of SSc-ILD in the 7MM countries (the US, EU-5 (Germany, France, Italy, Spain, and the UK), and Japan, there were approximately 192,500 cases in 2021 and out of which nearly 148,700 are clinically diagnosed.

Treatment of SSc-ILD has historically been with immunosuppressive agents which include cyclophosphamide and mycophenolate mofetil (MMF) [have only provided modest improvements in Forced vital capacity (FVC)]. In 2019, however, the treatment landscape expanded with the FDA approval of the tyrosine kinase inhibitor (TKI) nintedanib. Another monoclonal antibody tocilizumab (the first biologic agent targeting the interleukin-6 pathway in SSc), was approved recently in March 2021 by the US FDA to slow the rate of decline in pulmonary function in adult patients with SSc-ILD.

SSc-ILD has been largely irreversible with current therapeutic strategies focused on slowing the progression of the disorder. Few companies are focusing on developing new therapies with novel targets for SSc-ILD. The shortfall of therapeutic candidates in the emerging pipeline as well as in the market can give an advantage to emerging therapies to gain significant market share with lesser competition.

Prometheus Biosciences is developing PRA023 to treat SSc-ILD. PRA023 is an IgG1 humanized monoclonal antibody (mAb) that has been shown to block tumor necrosis factor (TNF)-like ligand 1A (TL1A). The drug has the potential to substantially improve outcomes in patients predisposed to increased TL1A expression.

The Phase I pharmacodynamic data demonstrated robust target engagement. The drug is designed to bind to both the active trimeric form and the inactive monomeric form of TL1A to improve target coverage. Target engagement by PRA023 was >4-fold higher, based on circulating levels of TL1A-PRA023 complexes, than would otherwise be expected if PRA023 were only bound to trimeric TL1A.

The drug is presently being evaluated in Phase II (ATHENA-SSc-ILD) trial in patients with SSc-ILD, the topline results of which are expected in the first half of 2024. The drug has received the Fast Track Designation from the US FDA for the treatment of SSc-ILD.

It is believed that PRA023’s dual anti-fibrotic and anti-inflammatory mechanism of action is well-suited to address the underlying disease pathophysiology of SSc-ILD, where no disease-modifying therapies currently exist. According to the estimation by DelveInsight’s analysts, the market of SSc-ILD in 2021 was nearly USD 630 million in the 7MM. With the launch of several emerging therapies including PRA023, the market would see an upsurge.

Even though it is too soon to assume that the drug will be a promising candidate, it is safe to assume that as the clinical data of the drug looks hopeful, the drug might perform well in the SSc-ILD market in the coming years. 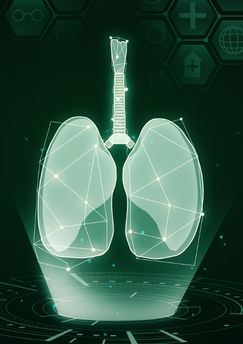