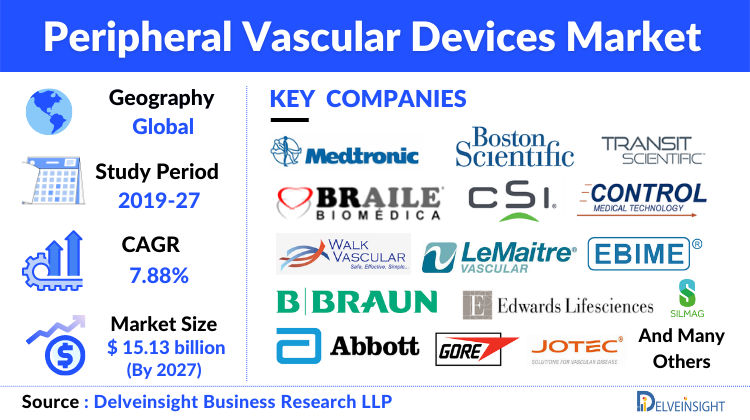 According to the World Health Organization data, cardiovascular diseases (CVDs) are the leading cause of death across the globe, wherein these diseases affect an estimated number of 17.9 million lives each year. CVDs are referred to as a group of disorders that specifically affect the heart and blood vessels. Some of these include coronary heart disease, rheumatic heart disease, cerebrovascular disease, and other indications. Furthermore, the same source by the WHO presented that over four out of five CVD deaths mention strokes and heart attacks as the main cause, and about one-third of people below 70 years of age fall victim to these CVD-related deaths. It has been observed that low- and middle-income countries account for more than three-quarters of CVD deaths.

As per the data provided by the World Health Organization on hypertension, about 1.13 billion people across the globe suffer from hypertension. It is a serious medical condition and can increase the risk of heart, brain, kidney and other diseases. It is a major cause of premature death worldwide. It has been studied and established that hypertension is a major risk factor for vascular disorders including peripheral artery disease. Therefore, the peripheral vascular devices market is expected to register high growth in the forecast period due to the rising prevalence of cardiovascular diseases along with lifestyle disorders.

However, the number of product failures and recalls may restrain the growth of this peripheral vascular devices market during the forecast period.

In the product segment of the peripheral vascular devices market, the peripheral transluminal angioplasty balloon catheters category is expected to account for the largest market share during the forecast period. This can be attributed to factors such as the growing popularity of minimally invasive procedures among healthcare providers as well as patients. This procedure has gained traction over conventional surgeries due to lesser recovery time coupled with improved prognosis for patients. The major reasons for the popularity of this procedure can be attributed to the effective reduction in the narrowing in the artery, resulting in improved blood flow; it is considered as one of the safest approaches with minimal procedural complications, and faster recovery periods. Furthermore, this procedure is majorly conducted under local anesthesia. Further in the PTA Catheters segment, the drug-eluting PTA Balloon catheters are expected to register the fastest growth in the forecast period. This can be attributed to the advantages offered by drug-coated balloons. These balloons are devised in such way that they hold the potential to inhibit cell division which in turn helps in limiting the amount of restenosis, or blockage re-growth after treatment.

The shift from conventional surgeries to angioplasty has led to an exponential increase in the demand for catheters, including PTA variants. These procedures have higher adoption rates and have become a preferred treatment choice for both the patients and surgeons due to the use of advanced technologies and the availability of innovative coated PTA Balloon Catheter in the market.

Among all the regions, North America is expected to amass the largest share in the peripheral vascular devices market. The growing prevalence of cardiovascular diseases, access to better healthcare infrastructure coupled with the presence of major market players in the region are predicted to be the major influencing factors in driving the overall growth of the market over the forecast period.

According to the Centers for Disease Control and Prevention (CDC) data, It has been estimated that approximately 900,000 people could be affected (1 to 2 per 1,000) each year in the United States.

As per the data provided by the American Heart Association in their report “Heart Disease and Stroke Statistics—2020”, near about 6.5 million people in the age group of 40 and older in the United States suffer from peripheral artery disease (PAD). This indication further increases the risk of for developing coronary artery disease and cerebrovascular disease.

As per the National Diabetes Statistics Report for 2020 published by the CDC, there are about 34.2 million cases in the United States. In addition to that, an estimated 26.8 million people - or 10.2% of the population - had diagnosed diabetes in 2018.

It has been established that diabetes mellitus (DM) is a major risk factor of PAD, which leads to increased mortality and as well as hastens the disease progression course. As such, a more thorough understanding of the multi-factorial mechanisms underlying disease etiology for both DM and PAD is justified. These factors point toward the rising number of cases associated with peripheral vascular diseases and contributing indications.

Furthermore, in October 2020, Boston Scientific Corporation received FDA clearance for Ranger™ Paclitaxel-Coated PTA Balloon Catheter which is a drug-coated balloon. It is deployed in the re-opening of the blocked or narrowed arteries in the thigh and knee due to peripheral artery disease (PAD).

Considering the presence of large patient pool in the US coupled with new product launches, the market for peripheral vascular devices looks promising in the United States, and subsequently in North America.

What is a Peripheral Vascular Device?

What is the market for Global Peripheral Vascular Devices?

What are the drivers for Global Peripheral Vascular Devices Market?

What are the key players operating in Global Peripheral Vascular Devices Market?

What region has the highest share in Peripheral Vascular Devices market?

North America is expected to account for the largest revenue share in the overall peripheral vascular devices market during the forecast period, 2022 to 2027. This high growth in the market can be attributed to the increasing prevalence of cardiovascular diseases, conducive healthcare system and policies in the region, especially in the US.

Conic Vascular and others