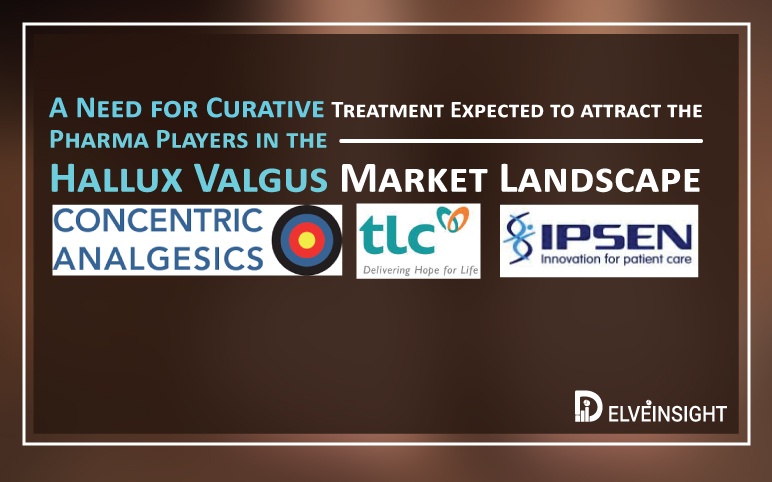 Hallux valgus has been reported to affect approximately 23% of the adult population aged 18 to 65 years globally. As per DelveInsight epidemiological estimates, the total Hallux Valgus prevalent cases are estimated to be around 180,658,286 in the 7MM (the U.S., EU5, and Japan) in 2020 and the United States accounted for nearly 41% of the total prevalent cases of Hallux Valgus. Furthermore, it was estimated that the condition is more prevalent in women than in men. It could be due to the choice of footwear as wearing narrow-toed shoes, and high heels are known to exacerbate the problem; thus bunions are more common in women.

A bunion is nothing but a “bump” or an abnormal angulation of the metatarsophalangeal (MTP) joint of the big toe, which consists of two joints. The larger of the two is the MTP, where the first long bone of the foot (metatarsal) meets the first bone of the toe (phalanx). The primary symptom is the appearance of the bump on the inside of the foot accompanied by pain, tenderness, redness, inflammation and ultimately difficulty in walking. Clinically, bunions can be classified into three types, mild, moderate, and severe. The severity of the condition decides the choice of therapy. The treatments comprise self-care, numerous pain-relieving medications, medical devices, and the most important one, surgery.

Non-operative or non-surgical treatment helps in relieving symptoms rather than correcting the deformity. It should be considered in patients with general hypermobility, ligamentous laxity or neuromuscular disorders because of the high recurrence rate or in cases with serious contraindications to surgical corrections. However, if the pain persists, the patient is advised to go for the surgery. More than 100 different operative techniques have been described for the correction of hallux valgus. The appearance and the degree of the deformity determine surgical treatment strategies. Common types of surgery include Osteotomy, Arthrodesis/Fusion Surgery, Exostectomy and Resection Arthroplasty. Various devices are used for these surgical procedures including low profile screw set, an approved device from Arthrex used in the osteotomy, Magnezix compression screws, used as bone screws in children / young people and adults almost anywhere in the body and PROstep MIS Bunionette, designed to help get patients back on their feet faster with less pain due to smaller incisions and less soft tissue disruption.

Other Hallux Valgus marketed devices includes Lapidus Plating System (LPSTM), which is approved for the correction of mild to extreme forefoot H.V., subsequent bunions and related instability. Lapiplasty is the first and only procedure potential enough to correct all 3-dimensions of the bunion deformity, at the root of the problem. Contours LPSTM has been available commercially in the U.S. while recently in May 2019, Lapiplasty 3D Bunion Correction System received the green signal from the US FDA to treat pediatric patients greater than 12 years of age after it has clinically demonstrated high success rates in adults. Lapiplasty 3-Dimensional Bunion Correction, developed by Treace Medical Concepts, is a novel, advanced technology used to correct bunions surgically. Besides Treace, Wright Medical Technology is also a major contender in the Hallux Valgus market. The company has developed PROstep that is a minimally invasive surgical (MIS) technique. PROstep Minimally-Invasive Foot and Ankle system and MICA are manufactured, keeping in mind all the “current” procedures that can be performed through a smaller, minimally invasive, incision, with a focus on preserving the soft tissues.

Syntellix’s Magnezix is the world’s first bio-absorbable metallic material for implants. Made with magnesium alloy (MgYREZr) with stable metallic properties, it can be completely bio-resorbed in the body and replaced by endogenous tissue. The device has been available in the E.U. Hallux Valgus market for years now. Recently, Syntellix received C.E. approval for one more new product, Magnezix StarFuse as well as approval for Magnezix CS 4.8.

However, even with so many surgical procedures available in the Hallux Valgus treatment market, there is a serious need for a comprehensive understanding of the radiologic criteria behind the analysis of the deformities so as to help in choosing better surgical method. At present, surgery is the only viable option in severe cases; however, post-surgery complications are a major concern. Complications following H.V. surgery have been reported to be as high as 50%, with one of the most common complications being recurrent H.V.

Sadly, the market outlook has no promising news to offer. DelveInsight estimates a serious lack of novel and sophisticated technologies in the pipeline. According to the market analysis, Hallux Valgus market size in the 7MM is expected to rise during the study period (2018–2030), at a CAGR of 1.7%. However, a few pharmaceutical companies are developing pain relief medications for post-surgical bunionectomy pain relief. Companies like Concentric Analgesics (CA-008), Taiwan Liposome Company (TLC590), Ipsen (Dysport) and others being the key players for pain relief and are not focusing on the actual underlying cause. However, medicines such as NSAIDs and other analgesics are abundantly available in the market for pain relief.

Thus, the Hallux Valgus market is nothing short of a bright opportunity for pharmaceutical and biotech players to try their hands and reap the benefits. Since the average cost of the bunion surgery ranges from approximately USD 3,500 to 12,000, it puts pressure on the patients and their caretakers. Thus, entry of pocket-friendly, new-generation medical devices, with faster healing time, bio-compatibility and without the need to be removed again, are expected to grab the maximum chunk of the Hallux Valgus market share. Additionally, there is also a requirement to ponder over the recurrence rates in the bunion patients; therefore, products that effectively and safely tackle the issue of recurrence are also expected to be a major hit. Thus, the Hallux Valgus market landscape is expected to experience a shift from conservative therapies to new generation minimal invasive options in the pipeline; however, there is still a long way to go. 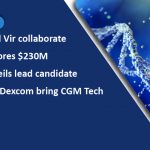 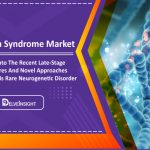