Home  »  Articles   »   Trump vs. Biden: What is in Store for Healthcare Domain?

Trump vs. Biden: What is in Store for Healthcare Domain? 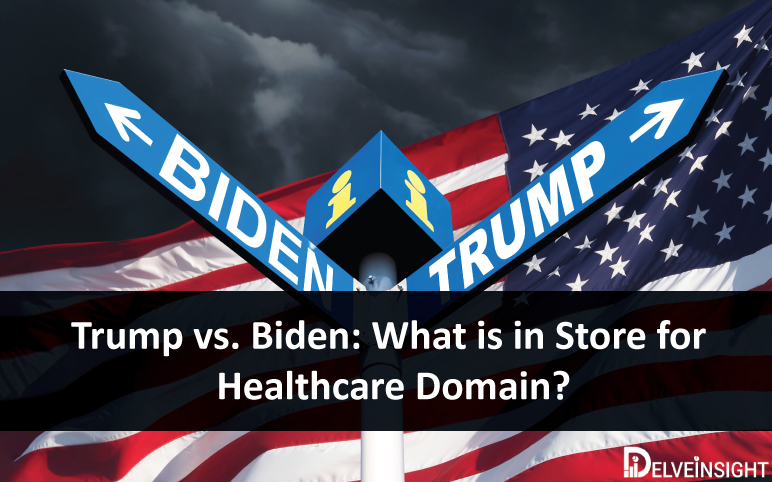 The United States of America is undergoing the 59th quadrennial presidential election. Since the founding of the nation, the political system in the US is majorly dominated by two parties- the Democratic and the Republican party. After various campaigns and two rounds of debates between the leading presidential candidates, Donald Trump and Joe Biden, the election is scheduled for 3rd November 2020.

Apart from the various regular key campaign issues such as education, labour, job creation, foreign policy, tax plan, global warming, energy, environment, healthcare, and immigration, Covid-19 pandemic is also one of the most highlighted issues and is receiving significant attention. The pandemic has brought in many uncertainties across the globe, and particularly in the US, it is having a direct impact on the presidential election.

Despite several measures, the Coronavirus (COVID-19) cases continue to rise. As of today, the total number of cases in the US has crossed 9.28 million, with 231 thousand deaths. The number of confirmed cases and deaths are highest in the US than any other country worldwide

The covid-19 has had both a direct and an indirect impact on healthcare. The issue of Covid-19 is in the health policy of the presidential candidates and it is closely aligned with major health issues such as Medicare, Medicaid and drug pricing. Healthcare is definitely one of the key priorities for both candidates. Somehow, though, their view differs significantly for the Affordable Care Act, Medicare and Medicaid. For drug pricing, however, Trump and Biden are both on the same page. Here is a point-by-point analysis of the Healthcare vision of candidates:

President Donald Trump, who is seeking to get his second term in the oval office, is persistent to find an effective vaccine for coronavirus in the coming months. Trump has assigned more responsibility to states for COVID-19 response. To accelerate the development, manufacturing, and distribution of COVID-19 vaccines, therapeutics, and diagnostics, the Trump administration initiated “Operation Warp Speed” in early April. The overall goal is to produce and deliver 300 million doses of safe and effective vaccines with the initial doses available by January 2021. So far, some of the pharmaceutical giants such as AstraZeneca, Johnson & Johnson’s (Janssen), Moderna, Regeneron, Pfizer, Sanofi, GlaxoSmithKline (GSK) and Novavax have become a part of the Operation.

On the other hand, Biden has attacked President Trump over his response towards handling of the Covid-19 pandemic. To bring life back to normal, the Democratic Presidential candidate Joe Biden and Vice-presidential candidate Kamala Harris have proposed a seven-point plan to beat COVID-19. Biden, under his seven-point plan, has proposed various measures to tackle the pandemic, such as increasing the number of drive-through testing sites, fixing personal protective equipment (PPE) issues, and creating an effective and equitable distribution process for vaccines, among others.

Biden, on the other hand, has expressed his views to further improve, expand and build on the Affordable Care Act, and increase the number of eligible people for premium subsidies. The expansion of ACA will insure around 97 percent of Americans. Biden further outlined proposals, like providing a public health insurance option like Medicare and expanding coverage to the low-income groups, as a part of his many expansive schemes.

Founded in 1966, Medicare, a government-run social health care program for 65 years and older, covers more than 60 million Americans for some type of healthcare coverage. Trump has not proposed any change in medicare eligibility, however, has promoted the use of private insurers. Trump has further promised to send $200 payment cards to seniors that will help them to pay for their prescription drugs. During his first term in office, Trump had lifted the “gag orders” on pharmacists that prevent them from advising cheaper alternative drugs and also capped monthly insulin costs for some users.

To offer coverage to the elderly population, Biden has proposed to enrol a public health insurance option similar to Medicare. Biden is also in favour of reducing the age to 60 years (instead of the present 65 years) for enrollment in Medicare. Apart from this, the other major proposals in Medicare include reducing drug prices and adding vision, hearing and dental benefit, which is currently excluded.

Like many other countries, drug pricing is one of the most serious healthcare related public concerns in the US. Citizens feel the drug prices are unreasonable and result in high healthcare spending. Both the presidential candidates are in favour of ending surprise billing and fixing the drug price crisis in the country.

As discussed earlier, Trump has lifted “gag orders” on pharmacists in his first term in office that has allowed pharmacists to disclose drug prices to customers and has also capped the monthly insulin costs for some Medicare beneficiaries. Trump, this time, is in favour of accelerating approvals for generic drugs, capping out-of-pocket spending in Medicare Part D prescription drugs, and has also proposed to allow the import of prescription drugs with proper safeguards in place.

Biden is also of the view to bring down the prices of prescription drugs for Medicare beneficiaries and curb the drug price increase above the general inflation rate. To tackle high drug prices, Biden further plans to allow the Federal Government to negotiate drug prices for Medicare and other public and private purchasers. Along with it, Biden has insisted on limiting launch prices for a drug with low competition, allowing prescription drugs from other counties, enhancing the supply of quality generics, and terminating pharmaceutical corporations’ tax break for advertisement spending.

Other major health issues in agenda

Mental Health – As per the National Institute of Mental Health, nearly one in five US adults live with a mental illness (46.6 million in 2017). Mental illnesses include conditions that vary in degree of severity, ranging from mild to moderate to severe. The Trump administration seeks to repeal the ACA. The move will limit the patients’ access to mental health services. Biden has supported the ACA and further proposed to expand the funding for mental health along with the increase in the number of mental healthcare professionals, however, has not provided any concrete plan for the mental health programme.

Opioids – To address the issue of drug addiction and opioid abuse, President Trump declared the opioid crisis as a national public health emergency in 2017 and also formed a bipartisan opioid commission that issued 56 recommendations to tackle it. Similarly, Biden has proposed a five-point plan to address the opioid crisis, including limiting unnecessary opioid prescriptions and holding pharmaceutical companies accountable for their role in the crisis, along with an increased access to treatment services.

HIV/AIDS Policy – Ending the HIV epidemic is on the agenda for both the candidates. Trump pledges to eliminate the transmission of HIV by the year 2030, while Biden does so by the year 2025, with a more comprehensive HIV/AIDS strategy.

Reproductive Health – Trump has supported the Hyde Amendment and prohibits federal funding for abortions in most circumstances except for the rape, incest or in life endangerment situation. Biden’s stance is opposite to Trump.

Debate and campaigning are over, and just a few hours remain in the election. It will be interesting to watch which candidate will win the presidency. Post-election, there will definitely be a significant effect on the government policies for healthcare, which in turn will affect the country’s drug pricing, payments policies, and healthcare costs in the coming months. 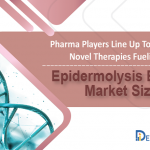 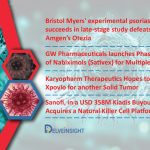