It is said old is gold. True indeed! As a case in point, a 150-year-old drug has gained prominence as a potential cancer therapy in the future to bring in much relief to cancer patients.

Recently, researchers from the Ohio State University in the USA have found that the drug called Papaverine could make tumours more sensitive to radiation therapy. Papaverine was identified 150 years ago and was used as a smooth muscle relaxant.

The researchers have elicited that the 150-year-old drug can inhibit respiration of mitochondria, the cell component that consumes oxygen and generates energy, and increases the sensitivity of a tumour to radiation. However, the drug does not affect the radiation sensitivity of the normal tissues, according to the researchers. Modifying the Papaverine drug could entail a new class of radio-sensitizing drugs with fewer side- effects, the researchers claimed.

A member of the research team said that one dose of Papaverine prior to radiation therapy reduces mitochondrial respiration, alleviates hypoxia, and strengthens the responses tumours to radiation, which kills tumours in two ways: directly by damaging DNA, and indirectly by generating reactive, damage-causing molecules called oxygen radicals. 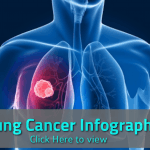