Republican businessman and reality-television star Donald Trump will be the United States’ next president. Although science played only a bit part in this year’s dramatic, hard-fought campaign, many researchers expressed fear and disbelief as Trump defeated former secretary of state Hillary Clinton on 8 November.  Trump has questioned the science underlying climate change — at one point suggesting that it was a Chinese hoax — and pledged to pull the United States out of the Paris climate agreement. Although he has offered few details on policies for biomedical research, Trump said last year that he has heard “terrible” things about the US National Institutes of Health; he has also derided NASA as a “logistics agency for low-Earth orbit activity“, and said he would expand the role of the commercial space industry in the US space programme. Some researchers are already thinking about leaving the United States in the wake of the election. To know why, click on the link below: 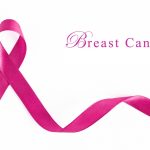