Mapping The Pipeline Development In The Geographic Atrophy Market 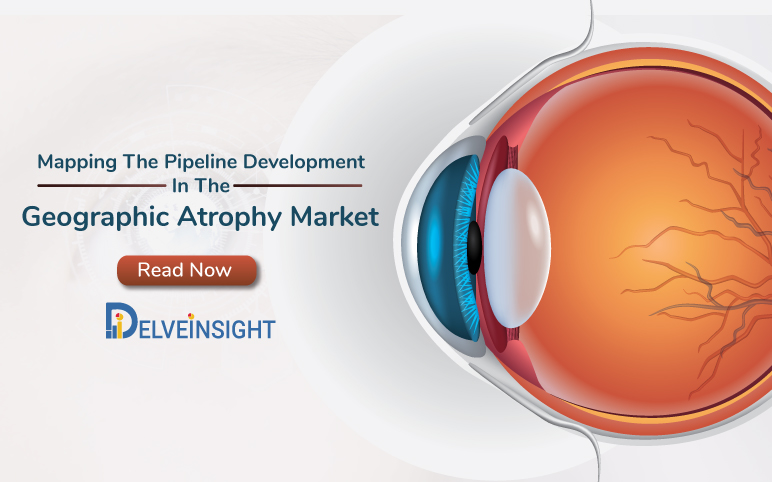 The Geographic atrophy market size is anticipated to increase during the study period 2017–2030 owing to increasing GA prevalence, better understanding of disease pathophysiology, better therapies and pipeline candidates aimed at addressing the disease from its root.

According to a study by Brader et al. (n.d.), an estimated number of 7–10 million Americans show early signs of developing age-related macular degeneration and are at significant risk of progression of AMD to advanced levels and Geographic atrophy. Moreover, in over a 15 year-time period, incidence of progression from early AMD to GA is estimated to be 14%. Another study authored by Fernanda Vaz estimated that Geographic atrophy, however, less common than neovascular AMD, is responsible for 10-20% of legal blindness in more than 5 million people worldwide affected from the condition.

Considering the graveness of the condition and a higher prevlence, it is grim to note that to date, there exists no approved therapy in the Geographic atrophy Market Landscape that can either prevent the onset or event the progression of the disease.  The primary goal of Geographic atrophy treatment is to cease or delay disease progression to minimize the complete vision loss. The mainstays of the GA treatment include over-the-counter high-dose antioxidants and minerals (AREDS supplements), vitamins C and E and beta-carotene. The first AREDS study sponsored by the National Eye Institute demonstrated that five years of supplementation with high doses of antioxidant vitamins, copper, and zinc dampened the risk in approximately 30% of the patients suffering from moderate to advanced dry AMD to develop advanced wet AMD. Moreover, the results from AERDS2 study showcased lutein and zeaxanthin if added together in the existing formulation prove to be an effective and tolerant alternative to beta-carotene. Commercial supplements such as PreserVision AREDS and PreserVision AREDS 2 (Bausch+Lomb) are routinely recommended to patients who are at risk of progressing to advanced AMD, at least in part because there’s currently nothing else to offer patients to avoid geographic atrophy. However, there exits paucity of evidences that show these supplements and formulatins inhibit any type of progression of dry AMD to GA, but research is underway. Recent years have witnessed significant advancements in the space of GA with accelerated research and development for better understanding of disease pathogenesis and advanced Geographic atrophy pipeline development with a number of new potential therapies currently undergoing clinical trial evaluation, which with time will undoubtedly increase.

Several companies such as Apellis Pharmaceuticals, Alkeus Pharma, Regenerative Patch Technologies, Ionis Pharmaceuticals, IVERIC bio (Opthotech), Alimera Sciences, Genentech and Gyroscope Therapeutic are accelerating the pipeline developments in Geographic atrophy market. However, only a few of the candidates in the pipeline target Geographic atrophy, others being tested for wet AMD.

Recently, IVERIC bio announced the positive 18-month results from the first Phase 3 clinical trial (OPH2003) for Zimura (avacincaptad pegol) for the treatment of geographic atrophy (GA) secondary to age-related macular degeneration (AMD). Zimura is a novel complement C5 inhibitor, involved in blocking the cleavage of complement factor C5 into C5a and C5b, which is involved in the development and progression of the condition. Zimura has shown its potential in delaying or even preventing the development of the disease at the first place by halting the degeneration of retinal pigment epithelial (RPE). Apellis Pharmaceuticals is also evaluating its pegcetacoplan (APL-2) in patients with advanced geographic atrophy (GA) and low vision in Phase III. Pegcetacoplan is an investigational, targeted C3 inhibitor that binds specifically to C3 and C3b.

The expected launch of upcoming therapies and advancement in the classification of AMD and novel biomarkers, which will help in understanding the pathology of the disease, shall drive the Geographic atrophy market size during the forecast period 2020–2030. Moreover, improvement in the rise in the amount of healthcare spending across the world, a clear picture of the burden the condition poses, and increasing GA prevalence shall also impact the dynamics of the Geographic Atrophy market promisingly. Furthermore, the existence of only a few drugs in the pipeline for the treatment of Geographic atrophy, including Apellis’ APL-2, and Iveric’s Zimura form an enticing aspect for the pharma and healthcare companies to explore the opportunities that so far remain untapped in the GA market.

What is Geographic atrophy?

Geographic Atrophy (GA) is an advanced form of age-related macular degeneration (AMD), a condition in which cells of the outer retina deteriorate.

What are the current mainstays in the Geographic atrophy Treatment Market?

The mainstays of the GA treatment include over-the-counter high-dose antioxidants and minerals (AREDS supplements), vitamins C and E and beta-carotene.

What are the major companies working in the Geographic atrophy Market?

What are the pipeline therapies in the Geographic atrophy Market?

What is the market trend of Geography atrophy?

The Geographic atrophy market size is anticipated to increase by 2030 due to increasing GA prevalence, better understanding of disease pathophysiology, increased healthcare spending and R&D, and pipeline candidates aimed at addressing the disease from its root. 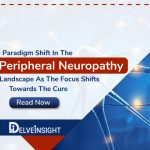 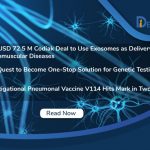 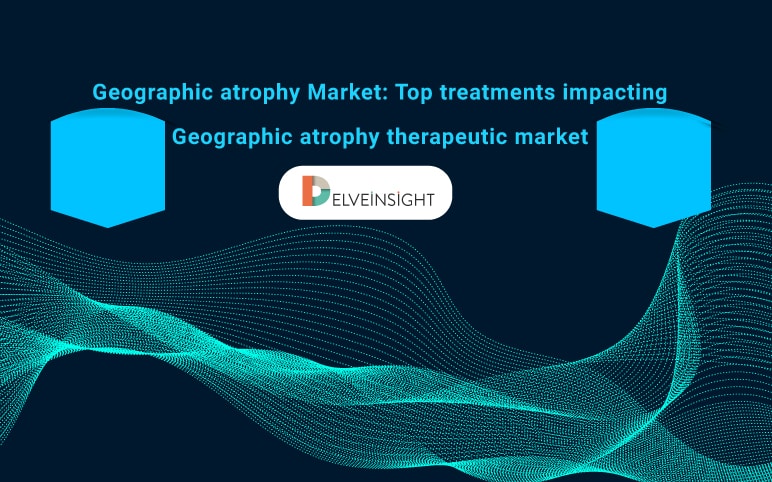 Geographic atrophy (GA) is a severe, progressive, irreversible vision loss in old age people. The loss in the vision is due to the damage...