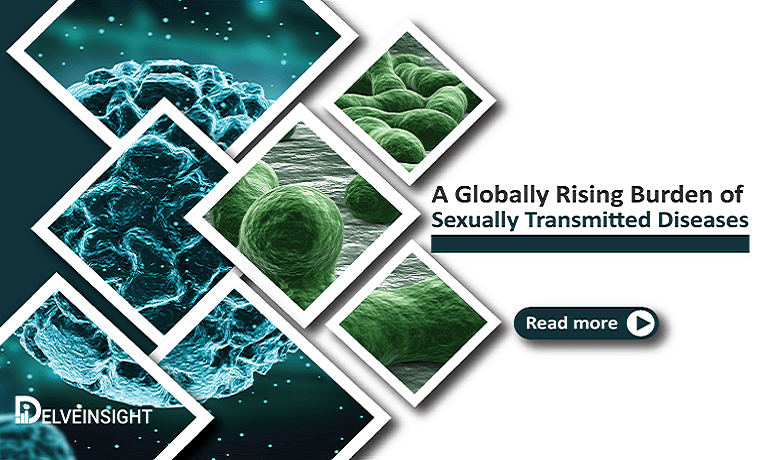 Caused by bacteria, viruses, and parasites, Sexually transmitted diseases (STDs) are a global health burden and it seems they are likely to maintain their status of being so in coming years also, primarily due to the lack of knowledge, and awareness. Further, diagnostics and screening, poverty, the stigma associated with the STDs, younger patient pool, illicit drug & alcohol use and negligence are some of the other key factors attributing to the increasing burden of STDs.

STDs often called sexually transmitted infections (STIs) or venereal diseases are infections transmitted from an infected person to an uninfected person through sexual contact. The STDs include a number of diseases such as gonorrhoea, genital herpes, human papillomavirus infection, HIV/AIDS, chlamydia, syphilis and many others. Some of the diseases such as Zika and Ebola, can also spread through ways other than sex.

According to WHO, more than 1 million STIs are acquired every day. As per estimates presented in 2016, 376 million new infections with 1 of 4 STIs: chlamydia (127 million), gonorrhoea (87 million), syphilis (6.3 million) and trichomoniasis (156 million) were reported. Moreover, more than 500 million people are living with genital HSV (herpes) infection and an estimated 300 million women have an HPV infection; and an estimated 240 million people are living with chronic hepatitis B worldwide. Although STDs are a global problem, they have quite a high prevalence in the low- and middle-income countries.

However, despite several awareness programmes and campaigns by health organisations, government and NGOs, the prevalence of these diseases are on a continuous rise.

Why is STD Prevention Important?

The STDs cause severe social, financial, psychological and health burdens on the affected person and their families. If remains untreated the STDs may cause many health complications and even death. Some of the major health problems that may arise due to STDs include infertility, chronic abdominal pain, pelvic inflammatory disease, pregnancy complications, cervical cancer, birth defects and others. The chances for transmission increase many folds if it remains untreated. It can affect communities, can create a burden on the healthcare sector and the economic growth of the country.

Can STDs be cured?

Based on the treatment pattern, the STDs are classified into two categories: curable and incurable STDs. The medications can cure some of the STDs caused by bacteria, yeast, or parasites. The STDs such as syphilis, gonorrhoea, chlamydia and trichomoniasis are curable. However, these diseases have a very high prevalence and incidence worldwide. The human immunodeficiency virus (HIV), which leads to AIDS is one of the most dangerous incurable (viral) STD. While human papillomavirus (HPV), hepatitis, cytomegalovirus, genital herpes, are some other STDs that cannot be cured. The virus-based STD are likely to remain for life-long and treatment can only reduce the symptoms.

What are some of the most common STDs?

Based on the number of cases, severity and death, some of the most common STDs are:

Human papillomavirus (HPV) is one of the most common sexually transmitted infections (STI). As per the WHO, more than 100 types of HPV are found worldwide, out of them at least 13 known HPV genotypes can cause cancer of the cervix. Similarly, as per the CDC, in the united states, about 79 million people are currently infected with HPV and each year around 14 million new cases are registered in the country.

There is no permanent cure/treatment for the Human Papillomavirus (HPV). However, the affected individuals with cutaneous warts have various treatment options available including surgical removal, cryotherapy (freezing the infected tissue), irritant or immunomodulating medications, and laser removal. Today, at the global level, some of the key players such as Inovio Pharmaceuticals, ISA Pharmaceuticals, Vaccibody A/S, and others involved in the development for effective therapies to treat patients with Human Papillomavirus (HPV).

The human immunodeficiency virus (HIV) targets cells of the immune system, called CD4 cells, that help the body to fight infection. If remains untreated it can lead to AIDS (acquired immunodeficiency syndrome). The latest figure by WHO cited that till now almost 33 million people have lost their lives due to HIV and at the end of 2019 an estimated 38.0 million people are living with HIV. HIV has a worldwide prevalence, however, the African region is one of the world’s most affected regions with over two-thirds (i.e 25.7 million) cases.

In order to raise awareness about the disease and the health challenge that it causes, worldwide every year the month of December is observed as HIV/AIDS awareness month. As of now, there is no cure for HIV infection, however, it can be controlled by using the combination of drugs called antiretroviral therapy (ART). ART suppresses viral replication and helps the immune system to gain strength and capacity to fight off infections.

A number of antiretroviral drugs are available in the market today, that can be combined in different ways. Apart from the available therapies, the companies such as Merck, United Biopharma, ViiV Healthcare, Johnson & Johnson are diligently involved in the development of safe and effective therapies for HIV.

Chlamydia is the most common bacterial STI caused by the bacteria called chlamydia trachomatis. As per the CDC, Chlamydia is one of the most commonly reported STDs in the United States. In 2018, around 1,758,668 cases of chlamydia were reported to CDC from 50 states and the District of Columbia,3 but an estimated 2.86 million infections occur annually. Chlamydia is a ‘silent’ infection and most of the cases usually remain unreported as the disease is an asymptomatic and physical examination of the disease is difficult.

If the Chlamydia remains untreated it can cause long-term health problems and also have the possibility to spread to other body parts. The Chlamydia can be cured with antibiotics. However many companies at the global level are experimenting with their therapies at different stages of clinical development. Some of the key companies including Evofem Biosciences, QureTechBio, Vault Pharma, Genetic Immunity, and others are involved in developing treatments for Chlamydia.

The Trichomoniasis is caused by infection with a protozoan parasite called Trichomonas vaginalis. It is a curable STD; however, it has a very high prevalence. As per the CDC, in the United States, an estimated 3.7 million people have the infection. However, only about 30% of the infected person develop any symptoms of trichomoniasis. Women have a higher prevalence compared to men, similarly, the older women are at greater risk than younger women.

Syphilis is a bacterial infection caused by the spirochete, Treponema pallidum (T. pallidum). The progress of the Syphilis is divided into 4 stages. The severity of the disease gets higher with each successive stage. At the advanced stage (i.e tertiary syphilis), the brain, nerves, heart, and bones may get damaged, if the infection is left untreated. Similarly, if the pregnant woman has syphilis, the unborn baby can also get infected with it. With the right antibiotics, the Syphilis can be easily cured.

The genital herpes is a sexually transmitted disease (STD), caused by two types of viruses called herpes simplex virus type 1 (HSV-1) and herpes simplex virus type 2 (HSV-2). It mainly causes genital ulcers and blisters. As per the WHO, around 3.7 billion people under age 50 (67%) have HSV-1 infection globally and while around 491 million people aged 15-49 (13%) worldwide have HSV-2 infection. It is common in America also, CDS has reported that more than one out of every six people aged 14 to 49 years have genital herpes.

What are the challenges in sexually transmitted diseases management?

Sexually Transmitted Diseases are a public health concern for the government and health bodies around the world. Its diagnosis, prevention, treatment and vaccination possess a huge challenge to the health authorities. Many of the factors such as poverty, educational, unmarried status, hinders the effective management of these diseases.

In addition to this, for an affected person the STDs bring many challenges at the individual level. The person often faces negative societal attitudes, inequalities, misconceptions and STD-related shames which are key barriers to the diagnosis and treatment of STDs. Sometimes the perception and exclusion at the workplace make the life of the affected person vulnerable.

However, several initiatives have been taken over the past 3-4 decades by the WHO and the local governments to eliminate STDs. The counselling sessions, community outreach campaigns, education programmes, awareness weeks, contact tracing, have improved the outcome for STDs such as HIV.  Apart from these, some other provisions including systematics data collection, monitoring STDs trends using reliable surveillance, identification of high-risk populations, STD testing, providing rapid and effective treatment to break infection chain, vaccination programmes have improved the situation in countries worldwide. Similarly, emerging technologies such as the point-of-care diagnostic tests for STDs, the introduction of STDs vaccines and other biomedical interventions are expected to mitigate the rising burden of Sexually Transmitted Diseases in the coming years. 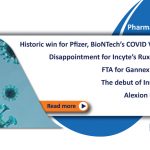 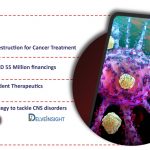