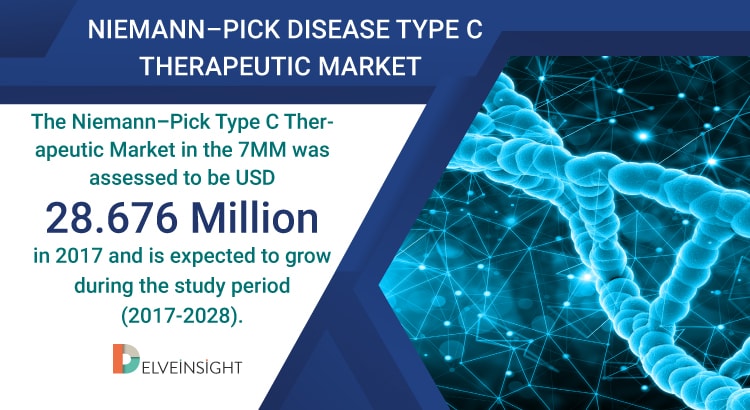 Niemann–Pick disease type C is a disorder in which the human body loses the capability of transporting cholesterol and other fatty substances (lipids) inside the cells due to genetic mutations.  This incapability of transporting leads to the abnormal buildup of these substances within various tissues of the body and brain. DelveInsight’s epidemiology model for NPC estimates that NPC1 subtype is the most prevalent in the 7MM countries, as compared to NPC2 subtype.
The onset of NPC symptoms varies with age from person to person. Niemann–Pick disease characterized by visceral, neurological, and psychiatric manifestations. At the cellular level, NPC can be caused by a mutation in the NPC1 gene or NPC2 gene and is inherited in an autosomal recessive manner. NPC has an extremely heterogeneous clinical presentation, and there is considerable variation when type C symptoms first appear (enlarged liver, enlarged spleen, or jaundice) and the progression of the disease. Characteristic symptoms like psychiatric issues, neurologic findings, etc. form the basis of the Niemann–Pick disease type C diagnosis, often resulting in misdiagnosis for other associated neurological disorder.
DelveInsight’s Niemann–Pick disease type C epidemiology model, based on phenotypes of the disease, suggests that the total NPC cases in the 7MM, varied significantly among different countries. In the United States, juvenile cases constituted the majority of the NPC patient population, whereas, in the United Kingdom, the trend was in contradiction, with the majority of NPC patient pool of Early infantile.

There is no cure for NP-C, although several researchers are trying to find the therapies for disease-modification. The Niemann–Pick Type C therapeutic market is entirely dependent on supportive treatment regimens. Of the supportive treatment regimens, Zavesca, which has already been approved in the EU-5 countries and Japan, contributed USD 9.214 million in 2017 in the United States.

DelveInsight’s analysts assessed the of Niemann–Pick Type C therapeutics market in the 7MM to be around to be USD 28.676 million in 2017, which is expected to grow during the study period (2017-2028). Moreover, the NPC market share of prescription therapies was found to be USD 9.254 million in 2017 in the United States.
The Niemann–Pick Type C therapeutic market in 7MM is dominated with the use of Substrate Reduction Therapy – Zavesca/Brazaves [Miglustat; Actelion] and the supportive therapies. Zavesca [Miglustat], a substrate reduction therapy developed by Actelion Pharmaceuticals, has been only approved in the EU5 countries and Japna and not in the US on the ground of insufficient data. FDA requested for more data, which would take years to get, and almost impossible to satisfy the high standards of the FDA, mainly restrained by the limited or lack of patient population which could be recruited in the trials. However, the drug is already in the market for the treatment of Gaucher’s disease in the US. Thus it is being prescribed to the NPC patients as an off-label therapy.

Of the emerging Niemann–Pick Type C therapies, VTS-270 (Mallinckrodt), Trappsol Cyclo (CTD Holdings), and Arimoclomol (Orphazyme) are expected to enter the NPC treatment market, with their respective products, during the forecast period (2019–2028). Key players like Mallinckrodt (VTS-270), CTD Holdings (Trappsol Cyclo), Orphazyme (Arimoclomol) and others are working towards the development of the eligible candidate for the Niemann–Pick Type C treatment.
Amongst all the three upcoming therapies, VTS-270 (Mallinckrodt) promises to benefit the NPC patients the most. VTS-270 is a cholesterol modulator, under a pivotal stage of development for the treatment of Niemann–Pick Disease-Type C. The drug has received various designations from the United States Food Drug and Administration (FDA)-Rare Pediatric Disease Designation, Promising Innovative Medicine (PIM) Designation, Breakthrough Therapy Designation, and Orphan Drug Designation for the treatment of NPC.

Another pharma company, CTD Holdings, is running the Phase-I/IIA clinical trials of its drug Trappsol Cyclo for the NPC treatment. It has also received Rare Pediatric Disease Designation, Orphan Drug Designation, and Fast-track designation by the US FDA for the treatment of Niemann–Pick Type C.
Trappsol Cyclo and VTS-270 are proprietary mixtures of hydroxypropyl-beta-cyclodextrins, and the only difference between the VTS-270 and Trappsol Cyclo is the route of administration, which ultimately leads to the different fate of these therapies. VTS-270 is an intrathecal preparation that can cross the Blood-Brain Barrier (BBB) and as a result, targets the neurological symptoms of NPC such as dementia and cataplexy. Whereas, Trappsol Cyclo is administered via intravenous route and thus targets the visceral symptoms, affecting the peripheral organs such as the spleen, liver, and lungs. In 2013, the FDA allowed NPC patients using Trappsol Cyclo on compassionate use to switch to VTS-270 (Kleptose HPB) without submitting a new protocol to the US FDA. Both of these drugs have already been given to the NPC patients under the Compassionate use Program.
Furthermore, apart from these cyclodextrin products Chaperone therapy has also been proved as a significant therapeutic option for the management of Lysosomal storage disorders [LSDs]. Based on this, Orphazyme is developing a chaperone therapy for NPC treatment as well.

Overall, the increasing diagnosed NPC prevalence along with the promising emerging pipeline therapies, will fuel the Niemann–Pick Disease-Type C1 market during the forecasted period of 2019–2028. 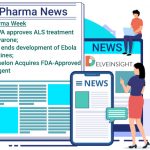 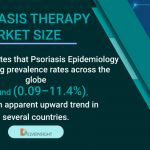