The price regulator in the pharmaceutical industry, National Pharmaceutical Price Authority (NPPA) has discovered that the leading Pharma companies are overcharging customers for abundantly prevalent drugs in the market. NPPA has alleged that the listed 634 drugs are being sold at prices higher than their ceiling price fixed by the Drug Price Control Order (DPCO). The list includes Pharma giants, Sun Pharmaceuticals, Lupin Pharma, Cipla, Cadila Healthcare and many more. The regulator, NPPA has sent notices to these companies to lower the prices of overcharged drugs to their normal prices as stated under the DPCO. The list of overcharged drugs includes commonly used medicines such as Gelusil, Soframycin and Ring-Guard.

President Donald Trump has pledged to reverse what he describes as “astronomical” drug prices in the U.S. Thousands of miles away, Japan, long a profit sanctuary for multinational pharmaceutical companies, is taking a similar tack. About $93 billion is spent annually on medications in Japan, and the government plays a key role on prices because it covers about 40 percent of the country’s health spending via its national insurance scheme. In December, officials announced plans to review drug prices more frequently: annually for all therapies and quarterly for the newest and most expensive ones that are used widely. Over recent months, the price of Opdivo was halved in the Asian country following a 32 percent cut in April for Gilead Sciences Inc.’s hepatitis cure Sovaldi. The industry fears that could just be the beginning. With the annual price review in place, the sector’s sales in Japan, the world’s third-largest drug market, are estimated to fall by 30 percent to about $62 billion through 2025.

Leading outsourcing services provider PCI Pharma Services (PCI) today announced a significant expansion of its market leading Serialization capability. PCI will increase Serialization capacity across its global supply network to support clients in advance of meeting both US DSCSA and EU FMD implementation dates. PCI has been actively serializing commercial products for the past five years, with products destined for North America and Europe, in addition to emerging market geographies such as South Korea, Turkey, Brazil, China and others. In total, PCI supports medicines destined to over 100 global countries. PCI’s announced expansion triples its global Serialization capacity in advance of upcoming DSCSA and FMD requirements.

Allergopharma, the allergy meds unit of Merck KGaA, has opened a new biopharmaceutical production plant near Hamburg. The €42 million ($44.4 million), 6,000-square-meter (64,583-square-foot) facility was built at the current Allergopharma complex in Reinbek. It is part of a global expansion, Simon Sturge, CFO of Merck’s healthcare unit, said in a statement. When Allergopharma announced plans for the new facility in 2013, it said about 40 jobs would be added to the site to staff the new, two-story facility, where Allergopharma will make recombinant allergens to treat conditions like hay fever and allergic asthma. About 500 employees work at the site. The company has said this is Allergopharma’s largest investment to date and will help with its expansion into emerging countries like China as well as developed markets.

Mylan and Biocon have approvals for their Herceptin biosimilar pending in the U.S. and Europe, but just today won a court ruling that said they may sell their version in India where it was first approved three years ago. The Delhi High Court ruled that the partners have the right to sell their versions of the blockbuster breast cancer drug in India and refer to it as a biosimilar of Herceptin. The two developed the biosimilar together but are each launching their own brands there, CANMAB by Biocon and Hertraz by Mylan. Roche has aggressively fought the introduction of the drug there since 2014, claiming that India’s drug regulator had approved the Mylan and Biocon drug before it had adopted guidelines for how biosimilars would be approved. The Swiss drugmaker claimed the two companies relied on Roche data, rather than their own, to develop their product and that there was no guarantee of biosimilarity and so shouldn’t be sold as one. 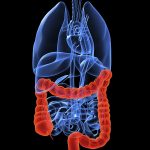