Eli Lilly has confirmed that it will move forward with plans to add a manufacturing line at its site in Kindsdale, County Cork in Ireland. The construction might begin in coming months and commissioning will begin in 2019. The expansion is expected to add about 130 workers to the site by 2020. As negotiations are underway, specifics of the investment are not being released. Earlier reports put the cost at about €200 million. The site also does API production for a host of small molecule drugs. Last year, the company said it would invest nearly $40 million (€35 million) to build a continuous manufacturing facility. Tremors of concern spread through Ireland in February when Lilly said it halted preparations for the project. That ignited speculation among some politicians that Lilly might divert funds to the U.S. after President Trump held a meeting with pharma execs in which he urged them to invest in U.S. manufacturing.

Alexion’s sales practices are under the lens again. Just four months after concluding its top brass inappropriately pressured staff to pad Soliris sales in the U.S., Brazilian authorities raided the company’s Sao Paulo offices as part of an investigation into its marketing there. Brazil’s police are probing whether the Connecticut-based biotech, helped by Brazilian patient association Associacao dos Familiares, Amigos e Portadores de Doenças Graves (AFAG), subsidized lawsuits for patients to gain access to an Alexion drug through Brazil’s national health system. AFAG, to which Alexion has said it gives financial support, was also searched. Law enforcement officials have turned up evidence showing that some of the lawsuits—which number more than 900 in the last six years—were fraudulent and used fake diagnoses to help reel in patients. Through those lawsuits, Alexion drummed up $400 million in sales from the Brazilian government in that time period, the warrant request says.

Last year, the FDA called for stronger heart-failure warnings on the label of AstraZeneca Type 2 diabetes med Onglyza. And now, AstraZeneca and former partner Bristol-Myers Squibb are being hit with 14 lawsuits related to the med’s heart failure risks. The suits, filed in the District of New Jersey, claim the drug makers failed to warn users that Onglyza and related combo product Kombiglyza XR can cause cardiac arrest, congestive heart failure, and death. The pharma pair began marketing Onglyza in 2009 before conducting clinical trials to see whether it upped patients’ cardiac risks, the plaintiffs allege, ignoring 2008 FDA guidance that urged companies to “demonstrate that” new therapies “will not result in an unacceptable increase in cardiovascular risk.” AstraZeneca, for its part, “is confident in the safety and efficacy of Onglyza, when used in accordance with the FDA-approved label, which has been established through clinical trials. We will vigorously defend against the allegations made by the plaintiffs,” a spokeswoman said in a statement.

PhRMA, which has already rid itself of a couple of members who had brought unwanted attention to the industry for their practice of jacking up prices, will vote on new membership rules that are expected to trim its membership, and hopefully criticism, even further. PhRMA spokeswoman Holly Campbell said today she could not discuss details of the new rules ahead of tomorrow’s vote. The group began reviewing its bylaws to focus on “research-based biopharmaceutical companies who take significant risks to bring new treatments and cures to patients,” as public criticism over drug pricing has escalated. PhRMA’s new rules will require members to invest at least $200 million a year on average over three years of research and development. Their R&D budgets would also have to equal at least 10% of their global sales. 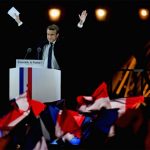