Last year, U.S. sales of Regeneron’s drug to treat age-related macular degeneration (AMD) came in at $3.3 billion—68% of the company’s total revenues—so it’s no wonder investors have been expressing some concerns about potential rivals moving through the pipeline. Among those hoping to cut into Eylea’s market is Novartis, which is in phase 3 testing with its AMD candidate, RTH258. And if the latest data from those trials is any indication, Regeneron investors have good reason to worry. Novartis announced that in two head-to-head trials, RTH258 was as effective as Eylea, but in more than half of patients it could be injected in the eye every three months, versus monthly or every two months for Regeneron’s drug. The rate of side effects was comparable for the two drugs. Some analysts predicted Novartis would gain a competitive edge over Regeneron and the other major player in the field, Roche’s Lucentis.

Citing sterility concerns, Hospira, a subsidiary of pharma giant Pfizer, is voluntarily recalling vials used to inject sodium bicarbonate during surgery and in critical events. The nationwide recall adds to the ongoing shortage of the drug. The voluntary recall was announced on the FDA’s website and covers sodium bicarbonate and succinylcholine chloride vials that were found to have microbial growth. Such contamination can lead to sepsis. As part of the action, 42 lots of sodium bicarbonate vials were recalled along with five lots of succinylcholine chloride. Hospira said it is unaware of any reports of adverse events associated with the drug. In a separate statement, the regulatory agency said it is aware of the ongoing shortage situation affecting several injectable drugs manufactured by Hospira. Those include sodium bicarbonate injection (vials and syringes), dextrose 50% injection (vials and syringes), as well as emergency syringes of other drugs, including epinephrine, calcium chloride and atropine sulfate.

Japanese pharmaceutical giant Takeda said it has completed construction of its new $111 million manufacturing plant on the outskirts of Berlin in Oranienburg, Germany. Construction of the facility was announced by Takeda in 2014 as part of the company’s plan to streamline the global manufacturing of its solid dosage form pharmaceutical products from its plant in Osaka to the Oranienburg facility and Hikari plant in Japan, the company said. The 21,400-square-meter Oranienburg plant is scheduled to open by the end of the year and has already created 180 new jobs. Production at the new facility is expected to supply about 100 countries globally and will include drugs used to treat diseases for in the areas of gastroenterology, central nervous and cardiovascular systems. Germany has been the focus of a lot of Takeda manufacturing investment. In November, the drugmaker said it would “immediately” begin construction on a $106 million plant at its manufacturing site in Singen, Germany. That plant, which is expected to be completed in 2019, will focus on Takeda’s big push into a vaccine to treat dengue.

The FDA has banned the import into the U.S. of drugs manufactured at three facilities in India operated by Ipca Laboratories as a result of ongoing concerns about data manipulation and falsification of records. The facilities include Ipca’s API plant in Ratlam, its formulations plants in Pithampur in Madhya Pradesh and Piparia in Silvassa, which have been under U.S. regulatory scrutiny for several years. The company halted product shipments from the trio of plants after the FDA put them on an import alert list in 2015 following inspections conducted in 2014. In the stock exchange filing, Ipca said it received notification from the FDA that drugs manufactured at three facilities won’t be allowed into the U.S. until the company can demonstrate that products from the sites are in compliance with prescribed norms. The news sent Ipca’s stock down 15% last Friday. 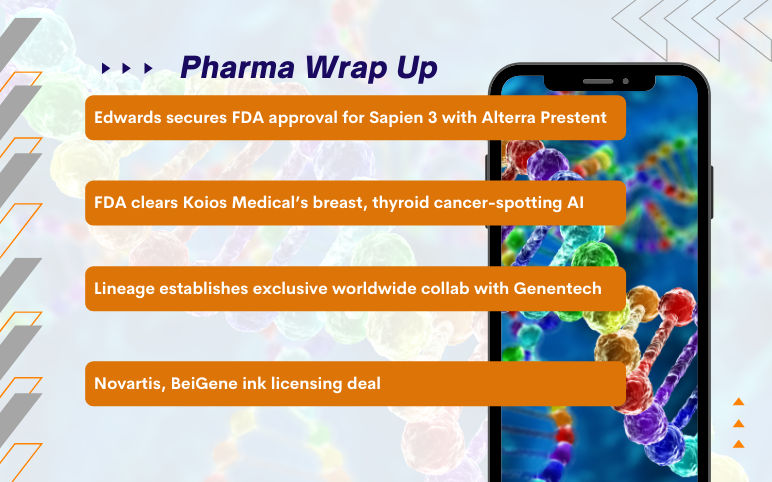