Takeda Pharmaceutical and Portal Instruments have partnered with a deal worth $100 million to develop a needle-free drug delivery device and increase patient compliance rates for biologic medicines manufactured by the former company. The device is being currently manufactured for Takeda’s ulcerative colitis and Crohn’s disease drug, Entyvio, which is presently being administered through intravenous infusion. The drug maker is already searching to deliver this biologic in a new way, and the subcutaneous formulation is being tested in a phase 3 trial. Under this agreement, Portal stands to earn up to $100 million in milestone payments and royalties.

Boehringer gets into second NASH deal with RNA Therapeutics

Boehringer Ingelheim has entered into its second deal for NASH with RNA therapeutics, where the former has committed to spending around €307 million ($356 million) to develop three targets relevant to NASH and other fibrotic liver diseases. The deal allows BI to access drugs that have been based on MiNA’s small activating RNA (saRNA) platform. These compounds have been developed as they upregulate potentially-therapeutic proteins by activating transcription of certain genes. If the efficacy comes as promised, it will enable MiNA and Boehringer to hit previously undruggable targets. This comes after a deal between BI and Dicerna Pharmaceuticals, where Boehringer committed up to $201 million.

The Venture Capital department of Amgen has invested in the company, Fortuna Fix, to move autologous neural stem cells into the clinical setting. The funding was series B where regenerative medicine startup Fortuna Fix earned $25 million to develop candidates aimed to target diseases such as Parkinson’s and spinal cord injury. The trials are supposedly targeted to start by next year. The most impressive aspect of these candidates is that the process of developing stem cells includes patient’s own cells and they should be able to administer its cells without immunosuppression.

Chinese Pharmaceutical company, EOC Pharma, recently earned $32 million in a series B funding, mainly conducted to bring potential blockbuster oncology drugs to China. The company is looking to hand-pick, develop, manufacture and market these products in China. The Shanghai-based biopharma plans to use the funds to advance its lead programs into late-stage development in China with a focus on registration studies. This is a big step in the young company’s efforts to becoming an integrated one-stop shop for development, manufacturing and commercialization. The company has presently 6 products in their development pipeline.With a newly pocketed $32 million series B, EOC Pharma is looking to bring potential blockbuster oncology drugs to China — products that it will have hand-picked, developed, made and marketed, all on the home turf. 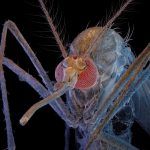 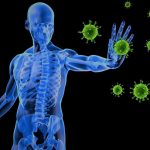