Post-traumatic stress disorder (PTSD) is a disorder that affects a wide range of people and can be triggered by various traumatic events, despite its association with military veterans or active-duty service members. According to the Department of Veterans Affairs, approximately 12 million adults in the United States suffer from PTSD each year. The severity of the condition appears to be evenly distributed, with 36.6% of people suffering from severe symptoms, 33.1% suffering from moderate symptoms, and 30.2% suffering from mild PTSD symptoms. It primarily affects women, around 10% of women have PTSD sometime in their lives compared to 4% of men. The lifetime worldwide prevalence of PTSD in the general population is around 3.9%. In people known to have been exposed to trauma, the rate is 5.6%.

As per a recent analysis in the “PTSD Epidemiology” report by DelveInsight, in the 7MM, the total prevalent and diagnosed 12 months prevalent cases of PTSD in 2021 was approximately 13.5 million and 5.2 million cases, respectively, and are expected to grow at a significant CAGR by 2032.

The growth in the PTSD treatment market can be attributed to an increase in life stressors, traumatic events, lack of support, and increased initiatives to create public awareness and knowledge of the disease.

What are the currently available PTSD treatment options for patients?

Across the globe, all guidelines recommend that Psychotherapy (Cognitive Processing Therapy/Prolonged Exposure Therapy/Eye Movement Desensitization, and Reprocessing/Stress Inoculation Training) should be the first line of PTSD treatment as it can help patients to resolve their disease. However, PTSD medications will only provide symptomatic management of the disease. Hence the use of pharmacotherapy is recommended only in patients with severe disease, and as per our analysis, around 35% of cases are of severe PTSD.

What is the unmet need for the current PTSD treatment market?

PTSD is a psychiatric disorder with significant unmet medical needs despite extensive clinical and translational research. These include the need for effective, approved PTSD medications and novel diagnostic techniques for diagnosing PTSD.

Scope of upcoming therapies in the PTSD treatment space

There is a requirement for new options in the severe patient pool (~in 30-35% of PTSD cases) where we have minimal PTSD treatment options. Therefore, the new therapies will have more opportunities and less PTSD treatment market competition.Here is a list of major key players and competitors working in the PTSD pipeline:

The optimistic future of the PTSD treatment market

The post-traumatic stress disorder market size is expected to grow at a CAGR of 8.3% from 2021 and generate approx USD 2 billion in the seven major markets (the United States, Germany, France, Italy, Spain, UK, and Japan) by 2032 due to expected approvals of the emerging therapies.

1. What is post-traumatic stress disorder?

Post-traumatic stress disorder (PTSD) has been defined as “the complex physical, cognitive, emotional, and behavioral consequences of psychological trauma.” It is characterized by intrusive thoughts, nightmares, flashbacks to past traumatic events, avoidance of traumatic reminders, hypervigilance, and sleep disturbance, all of which contribute to significant social, occupational, and interpersonal dysfunction.

2. What are the symptoms of PTSD?

PTSD symptoms can occur as soon as a month after a stressful experience, but they can also appear years later. These PTSD symptoms generate substantial issues in social and work circumstances, as well as in relationships. They can also impair one’s capacity to carry out routine everyday activities.

3. What is post-traumatic stress disorder prevalence?

As per a recent analysis by DelveInsight, in the 7MM, the total prevalent and diagnosed 12 months prevalent cases of PTSD in 2021 was approximately 13.5 million and 5.2 million cases, respectively, and are expected to grow at a significant CAGR by 2032.

4. What are post-traumatic stress disorder causes?

PTSD causes include feelings like intense fear, helplessness, and horror.

5. Which companies are working in the PTSD treatment market?

6. Which are the emerging therapies in the post-traumatic stress disorder market?

The emerging therapies in the post-traumatic stress disorder pipeline include JZP150, NYX-783,  Rexulti (brexpiprazole) and Zoloft (sertraline) combination, BNC210, and others.

7. How do you get tested for PTSD?

The doctor will most likely perform a physical exam to rule out any medical issues that may be causing the symptoms – a psychological evaluation that includes a discussion of the signs and symptoms, as well as the event or events that precipitated them, and will employ the criteria from the Diagnostic and Statistical Manual of Mental Disorders (DSM-5) for the PTSD diagnosis.

The multidimensional strategy is used in PTSD management. The current PTSD treatment options include patient education, social support, and anxiety control through psychotherapy and psychopharmacological intervention.

9. What are PTSD medications?

There are two PTSD medicine used for PTSD treatment. These PTSD medicines include Sertraline (Zoloft) and Paxil (Paroxetine).

Over the last decade, various technologies, after being evaluated rigorously, have exhibited competence in treating mental health by becoming an extension of the already present care models. Today, the patient or user can now download a clinical-grade app on the phone, tablet, or computer and use it as a reliable m...

Post Traumatic Stress Disorder (PTSD) is a " complex physical, cognitive, emotional, and behavioral consequences of psychological trauma." It is characterized by intrusive thoughts, nightmares, flashbacks to past traumatic events, avoidance of traumatic reminders, hypervigilance, and sleep disturbance, all of which... 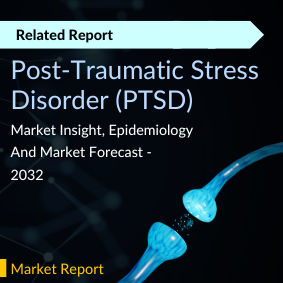 EMDR Therapy- Is it really that good?