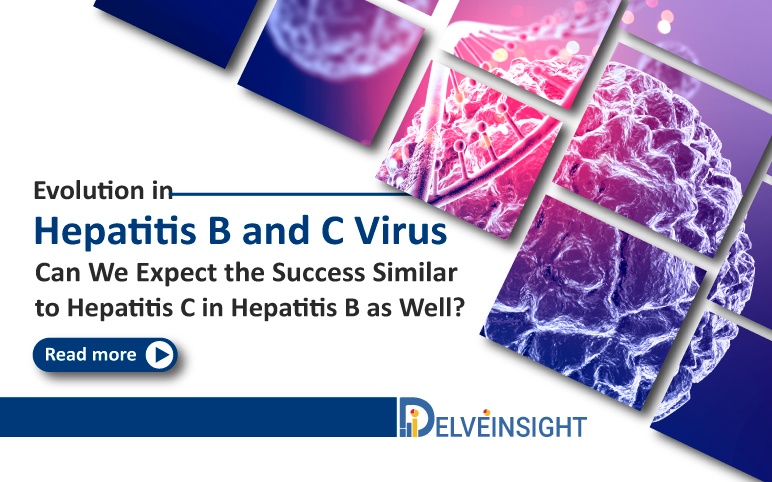 Hepatitis is an infection that causes inflammation of the liver. The condition can be self-limiting or can progress to fibrosis (scarring), cirrhosis, or liver cancer. Hepatitis viruses are the most common cause of hepatitis; however, other infections such as toxic substances (e.g., alcohol, certain drugs) and autoimmune diseases can also cause hepatitis. The hepatitis viruses fall into five different types: A, B, C, D, and E. The most common types in the United States are Hepatitis B and C viruses. Both hepatitis B and C viruses are blood-borne pathogens, which means that their primary mode of transmission is through direct blood-to-blood contact with an infected person. Also, both hepatitis B and C viruses can cause chronic, lifelong infections that can lead to severe liver disease.

As per the Centers for Disease Control and Prevention (CDC) estimates, approximately 2.0–2.5 million US residents were living with chronic Hepatitis C in the year 2016, and an estimated 50,300 new infections occurred in 2018. In contrast, approximately 850,000–2.2 million people were living with chronic Hepatitis B in the United States in the year 2016. Due to hepatitis C, most people develop cirrhosis, or scarring of the liver, before liver cancer; about 5–25% of patients with chronic hepatitis C develop cirrhosis over 10–20 years. People with hepatitis C and cirrhosis have a 1–4% annual risk for hepatocellular carcinoma. However, most people with acute HBV infection recover with no lasting liver damage, and about 15–25% of people with chronic HBV infection develop chronic liver disease, including cirrhosis, liver failure, or liver cancer.

Hurdles in the Hepatitis treatment

As the new HCV infections are usually asymptomatic, few people are diagnosed when the infection is recent. For those who develop chronic HCV infection, the infection is often undiagnosed because it remains asymptomatic until decades and also not all the patients are aware of their condition so as to approach treatment. Hence, WHO is working toward eliminating chronic HCV as a public health threat by 2030, for which WHO has set a target of 90% diagnosis and 80% treatment coverage under “Global Health Sector Strategy on Viral Hepatitis, 2016-2021.”

Research and development in Hepatitis

In the 1960s, Baruch Blumberg determined that one form of blood-borne hepatitis was caused by a virus that became known as the hepatitis B virus. This discovery led to the development of diagnostic tests and an effective vaccine, and Blumberg was awarded the Nobel Prize in Physiology or Medicine in 1976 for this discovery. In comparison, HCV was initially isolated from the serum of a person with non-A, non-B hepatitis viruses in 1989. Shortly after HCV cloning, this newfound virus was discovered to cause approximately 90% of non-A, non-B hepatitis virus in the US. Harvey J. Alter, Michael Houghton, and Charles M. Rice were awarded the Nobel Prize in 2020 for their seminal discoveries that led to the identification of a novel Hepatitis C virus. However, there is still a need for further research on HCV and the risk factors that lead to the progression of fibrosis, cirrhosis, and Hepatocellular carcinoma (HCC). Identification of additional viral, host, and external factors would help develop means of prevention, early detection, and treatment.

The first approved treatment for hepatitis C was a series of protein-based injections called recombinant interferon-alfa (IFNa). Interferons are naturally occurring proteins in the body; recombinant IFNa is the protein-based drug that works to mobilize the body’s natural immune system to fight disease. When used alone, response rates for IFNa were relatively low, helping only one-third of the hepatitis C patients, and the relapse rate was very high. Frequent side effects and average sustained viral response (SVR) was observed with IFNa treatment. Pegylated INF-α2b (PegINF-α2b) was developed to maintain a steady level of an active drug and reduce the frequency of administration. Following clinical studies showed that PegINF-α2b was superior to the unpegylated IFN, and a new combination of PegINF-α2b and ribavirin became the standard choice of hepatitis C treatment for the next 10 years.

However, the side effects and negative interactions with other drugs outweighed the benefits. Some of the more serious side effects, such as congenital disabilities and rectal pain, led to the discontinuation of both the drugs.

A better understanding of HCV structure, enzymes, and lifecycle led to the introduction of new drug targets and the discovery of Direct-Acting Antivirals (DAAs). These DAA treatments are much better than the previously available treatment because they have fewer side effects and do not need to be injected.  DAA therapies for HCV have shown initial cure rates of 95–99% and re-treatment cure rates of 95%. First DAAs (telaprevir and boceprevir), used in combination with PegINF-α and ribavirin, were officially approved for HCV GT1 treatment. Both drugs resulted in inhibition of HCV replication. Even though clinical trial results were promising, adverse events and serious complications were observed. In 2013, Sofosbuvir – an NS5B polymerase inhibitor – was developed and proven effective against all HCV GTs. It was approved as a part of therapy for HCV GT1 and GT4 with PegINF-α and GT2 and GT3 with ribavirin.

Hepatitis C treatment options, without a doubt, have improved significantly, including pan-genotypic medications that are used to treat all genotypes and subtypes. Typically, pan-genotypic treatments have high cure rates, few side effects, and short treatment durations (usually 8–12 weeks). For hepatitis C, a cure is defined as a sustained virologic response (SVR), which means that the virus is not detected in a person’s blood 3 months after treatment has been completed. In 2016, sofosbuvir/velpatasvir‎ (Epclusa) was developed as the first drug therapy to treat all hepatitis C genotypes. The side effects were considered low, and the cure rate was as high as 98% in those without severe liver scarring (cirrhosis) and 86% in those with cirrhosis. In July 2017, the US FDA approved sofosbuvir/velpatasvir/voxilaprevir‎ (Vosevi) to treat adult chronic hepatitis C of all genotypes previously treated with an NS5A inhibitor-containing regimen, or with genotype 1a or 3 previously treated with a sofosbuvir-containing regimen without an NS5A inhibitor. In the United States, an affordable, generic version of Epclusa and Harvoni was released by Gilead Sciences, Inc. in January 2019. In August 2017, the US FDA approved glecaprevir/pibrentasvir (Mavyret) to treat adults with HCV genotypes 1-6 without cirrhosis (liver disease) or with mild cirrhosis, including patients with moderate to severe kidney disease and those who are on dialysis.

The treatment outcomes of HCV infection in children has also greatly improved. Earlier, the standard therapy was a combination of pegylated interferon (PEG–IFN) α-2a or 2b and ribavirin, and the duration of therapy depended on the HCV genotype. In 2020, the US FDA approved Epclusa (sofosbuvir and velpatasvir) to treat HCV in children ages 6 years and older with any of the six HCV genotypes.

Chronic hepatitis B infection is treated with medicines, including oral antiviral agents. Treatments that are effective in suppressing HBV replication are interferons (IFNs) and nucleos(t)ide analogs (NAs). Interferon has a low functional cure rate, but the rate varies according to the host phase of infection.  After interferon therapy, the functional cure rate is, at most, 20%. Furthermore, the other class of medicine for current HBV treatment consists of HBV polymerase inhibitors, often called nucleoside or nucleotide analogs. These include oral treatments such as tenofovir or entecavir. Tenofovir, approved in 2008 by the US FDA, is recommended by WHO as a potent drug to suppress the hepatitis B virus. These agents are very effective by blocking the viral enzyme needed for the virus to replicate itself. However, they do not act directly to the host immune system, and their functional cure rate is lower than that of interferon (<10%). However, the treatment does not cure hepatitis B infection but only suppresses the replication of the virus. Therefore, most people who start hepatitis B treatment have to continue it for life.

The major barrier to eliminating HBV is the persistence of cccDNA and its ability to self‐replenish and the lack of direct effects of current therapies on cccDNA. Unlike a typical virus, hepatitis B’s cccDNA permanently integrates itself into a healthy cell’s DNA. The complex nature and integration process of cccDNA contributes to the difficulties of finding a cure for hepatitis B. There are additional barriers to eliminating HBV. HBV DNA can be integrated into the host genome. Hence, the persistence of cccDNA, the presence of integrated HBV DNA, and impaired innate and adaptive immune responses make it difficult to eliminate HBV from chronically infected patients. Currently, no curative therapy is available. The therapies available to date inhibit virus replication but need to be given long-term.

New antiviral drugs in clinical trials include entry receptor inhibitors, capsid assembly modifiers, RNA interference, and nucleic acid polymers. Several novel therapies are also coming up in the future, such as JNJ-64300535 or Selgantolimod, which will be helpful for the high global burden of hepatitis B, the desire to achieve a cure with a finite course of therapy, and the need to effectively control HBV replication at an early stage of chronic HBV infection.

In the case of HCV, the hepatitis C market is set to experience a steady decline. Declining patient populations and unusually high DAA treatment rates are expected to reduce the disease prevalence to a more sustainable level. Gilead, one of the leading pharmaceutical companies for HCV, had announced that combined sales for Harvoni, Sovaldi, Epclusa, and Vosevi declined due to fewer patients initiating treatment and increased drug competition. Similar to HCV, companies active in HBV space are also trying the cocktail of drugs with a different mechanism of actions and if these therapies are expected to lift the cure rate bar compared to current antiviral drugs if launched successfully. Although hepatitis B virus discovered earlier to hepatitis C, there is still a long way to go in HBV space in terms of cure rate and we might witness revolutions in treatment similar to HCV space in upcoming years. 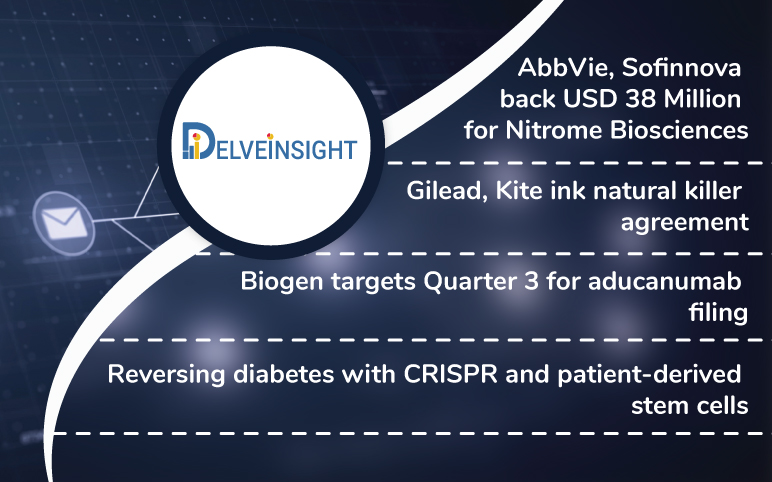 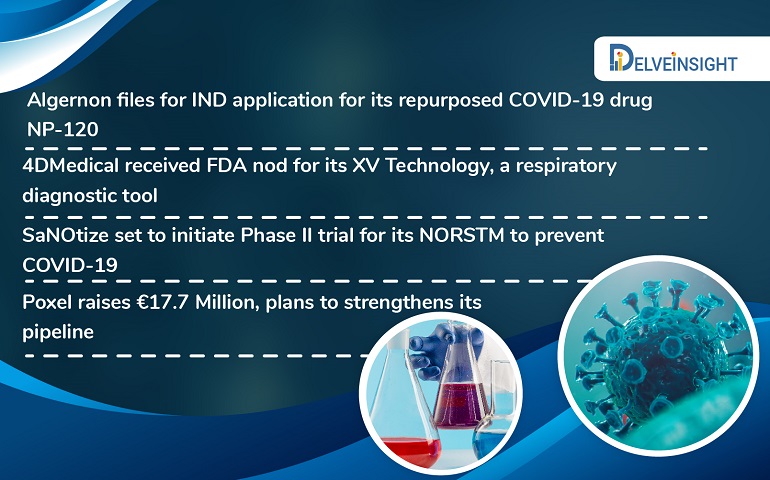 Algernon Pharmaceuticals has announced the submission of an Investigational New Drug (IND) application of its drug, N...