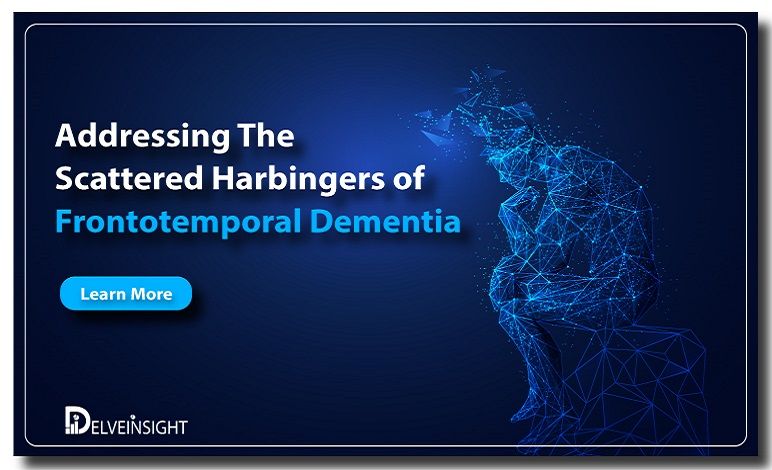 One of the most diverse groups of neurodegenerative conditions, Frontotemporal dementia (FTD), is the second most common form of dementia in a population of age under 65 years after Alzheimer’s. FTD is a result of progressive degeneration of frontal and temporal lobes of the brain that affects behaviour, problem-solving and decision-making capabilities, causes aphasia, emotional turbulence, and hampers memory and retention powers.

Due to different clinical symptoms, FTD is categorized into three sub-categories mainly, Behavioural variant frontotemporal dementia (bvFTD), which affects personality and behaviour accounts for almost 50% of the total FTD cases, Semantic variant primary progressive aphasia (svPPA), which affects speech at first and then behaviour, and Nonfluent/agrammatic variant primary progressive aphasia (nfvPPA), which causes people to lose their ability to recall and speak.

As per the NORD, Frontotemporal degeneration affects an estimated number of 50,000-60,000 people in the United States. According to DelveInsight, the total number of Frontotemporal market prevalent cases in the 7MM was found to be 76,499 in the year 2017. FTD is an early-onset type of dementia. It is diagnosed mostly between the age group of 45 and 65 years, but it can be diagnosed at an age before 45 or after 65 as well. FTD often gets underdiagnosed and misdiagnosed, with some diagnosed to be suffering from other psychiatric disorders and others with Alzheimer’s, due to its diverse clinical presentations. Thus, it becomes a challenge to determine true Frontotemporal dementia prevalence. However, advancement in medical technology, neuropsychological testing, neuroimaging has facilitated a better understanding of different variants of dementia. Moreover, past years have witnessed an increase in the monitoring of the neurodegenerative process to find the root cause of the disease. Research is underway to manufacture diagnostic tools that will consider biomarkers and neuropathology along with the signs and symptoms to nullify the chances of misdiagnosis or underdiagnosis.

The Frontotemporal dementia treatment market comprises supportive medications in addition to lifestyle modifications for symptomatic care. Antidepressants, Antipsychotic medications, and others are the most commonly prescribed medications that are believed to provide symptomatic relief to the patients.

Antidepressants such as fluoxetine, fluvoxamine, sertraline, paroxetine, citalopram, bupropion, and mirtazapine help with managing behavioural symptoms; however, the evidence is anecdotal and requires more research. The link of dysfunctional or lost serotonergic neurons with the development of psychiatric disorders have also facilitated the administration of Selective serotonin reuptake inhibitors (SSRIs), which are the most commonly prescribed antidepressants. Several open-label trials have demonstrated the effectiveness of SSRIs in improving disinhibition, irritability, and compulsive & depressive symptoms. Antipsychotic medications, which work by blocking specific sub-type of dopamine receptors, such as Olanzapine (zyprexa), Quetiapine (seroquel), Risperidone and Aripiprazole have also been shown to improve behavioural disturbances such as delusions, and NPI scores.

The present Frontotemporal dementia market comprises of symptomatic medications since no therapy has been approved to help affected patients. The available medications that address behavioural disturbances are accompanied by side effects such as the use of Antipsychotics calls for proper monitoring and caution as they come with black-box warning due to an increased risk of mortality due to heart and infectious events. Moreover, before putting the patient on any long-term psychotropic medication, it is imperative to carefully recognize the potential triggers such as infections, electrolyte disturbances, and other factors to help improve behavioural symptoms. Even with a lot of caution, the medications do not prove to be much effective as these rely on the modulation of neurotransmitter levels and do not target the disease’s underlying pathophysiology. Although, for a rare disease, it gets challenging to conduct clinical trials and the heterogeneity and diverse pathology of the disease adds to the array of hurdles.

However, to meet the unmet, several companies are focusing on better understanding the disease pathophysiology to strengthen FTD Pipeline. The Frontotemporal Dementia market is expected to increase with a CAGR of 21.41% for 7MM during the study period. Pharma companies such as TauRx Therapeutics, Axon Neuroscience SE, Prevail Therapeutics, Avid Radiopharmaceuticals, and Alector are actively working to advance the Frontotemporal dementia treatment market size and are manufacturing novel drugs with less minimum side effects. The launch of potential emerging therapies such as LMTX (TauRx Therapeutics), PR006 (Prevail Therapeutics), Florbetapir 18F (Avid Radiopharmaceuticals), DNL593 (Denali Therapeutics) and AL001 (Alector) is expected to change the treatment landscape in the upcoming years.

Furthermore, to prioritize the manufacturing of therapies and find a cure for neurodegenerative disorders, a private immuno-neurology company, Tranquis Therapeutics has been launched earlier this month in a Series A funding of USD 30 Million co-led by Remiges Ventures and SR One, along with a few others.

Owing to the launch of upcoming Pipeline therapies, and the recent activist in the Frontotemporal dementia market, it can be forested that the FTD market size shall grow promisingly well during the forecast period 2020-30. Technological advancements in healthcare have furthered greased the wheels for growth of the FTD market size. Intensified R&D in advanced gene therapy, particularly in the field of neurodegeneration and an increase in the morbidity rate due to FTD have further set the stage, offering the stakeholders investing in frontotemporal dementia market room for dominating the market. 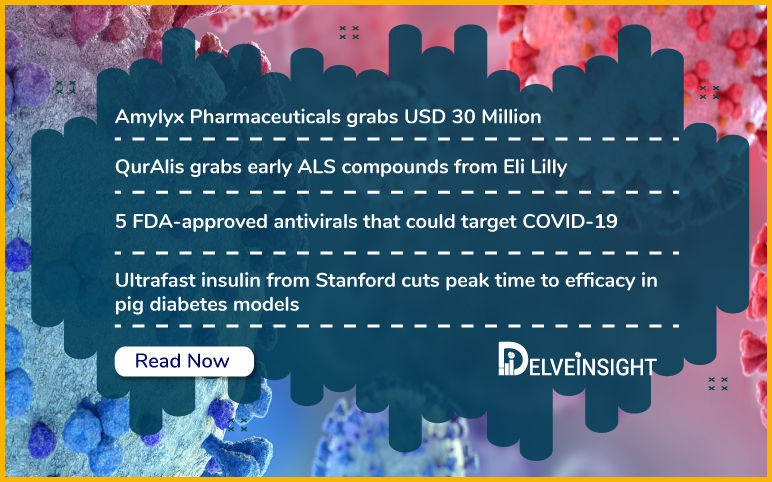 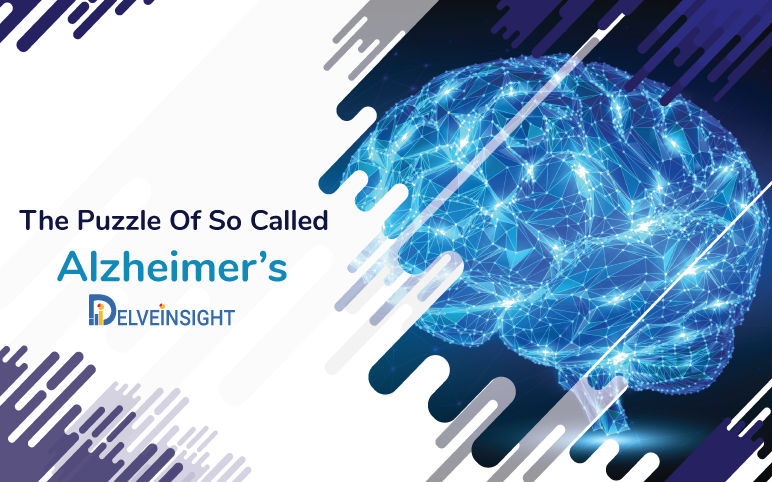 Can Aducanumab Solve the Puzzle Of Alzheim... 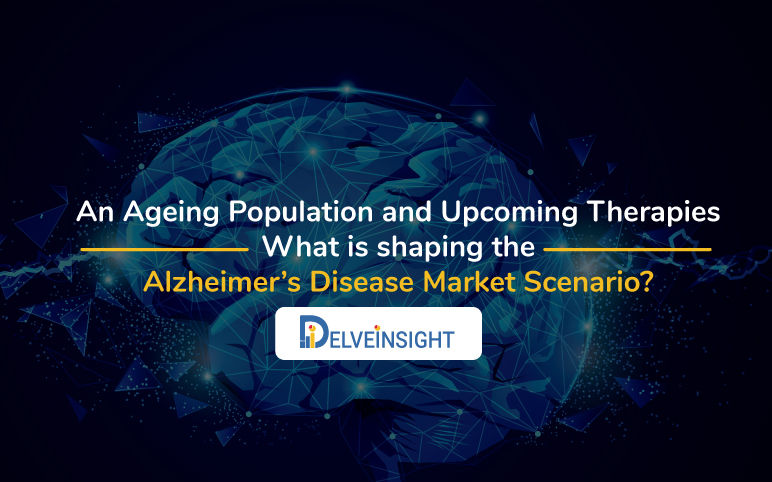 An Ageing Population and Upcoming Therapie...

The ageing population is a global phenomenon. According to the UN’s “World Population Prospects 2019” by 2100, the wo...