ImmusanT upgrading the management ahead of phase 2 celiac vaccine trial

ImmusanT has upgraded its senior staff by appointing Daiichi Sankyo’s SVP for internal medicine therapeutics, Ken Truitt, M.D., as its new chief medical officer. The management is also boosted with new VPs in program management and clinical operations, as well as a new finance director. Company is looking forward to the advancement in development of its treatments for celiac disease and Type 1 diabetes.

Researchers from the University of Michigan and American University believe that they have uncovered a signaling pathway that stimulates beige cells to burn energy. In the process they have discovered that nicotine contributes to this process. This finding gives a ground support to the claims of some smokers of losing weight due to the habit.

Nabriva Therapeutics’ lefamulin hits the primary endpoint in second phase 3 trial. The positive results further boosts the prospects of the antibiotic, which is scheduled to go before the FDA later this year. In the second trial the drug was compared against already approved moxifloxacin antibiotic in patients with moderate community-acquired bacterial pneumonia (CABP). The trials showed identical outcomes with 90.8% clinical response rate.

Currently, there are around 7,000 known rare diseases and disorders globally and still adding year after year. A single orphan disease may not be affecting lot of people but the global impact is significant. In the US alone, 25-35 million people are estimated to be suffering with a rare disease and around 50-66 percent of known rare diseases affect children. As per the normal timeline a drug takes around 10 years to get the approval and start marketing. Some rare disease are highly aggressive in nature and the patient cannot wait for such a long time to wait for the drug. 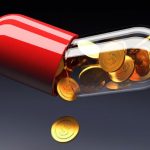 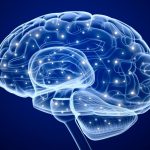