Experiments involving the popular party drug ketamine, a psychoactive recreational drug used to uplift mood of the user, in mice has deepened the mystery of how the dug affects the brain further. Results of a study conducted at the University of Maryland has raised questions about the reproducibility of behavioral experiments in mice. Polymnia Georgiou, a neuroscientist at the University of Maryland in Baltimore conducted an experiment of ketamine on mice as a favour to a male colleague, including a standard way of testing antidepressants, called the forced-swim test. In this assay, researchers inject healthy mice with a drug, place them into a tank of water and measure how long they swim before they give up and wait for someone to rescue them. Antidepressants can cause healthy mice to swim for longer than their untreated counterparts, which is what Georgiou’s male colleague found during his experiments using ketamine. However, after following exact protocol, Georgiou found that treated mice did not swim for any longer than mice injected with a placebo. When she and three female and four male researchers investigated this disconnect by performing the experiments, they discovered that the ketamine acted as an antidepressant only when it was administered by men. Suspecting that scent was involved, the researchers put the animals inside a fume hood so that the mice couldn’t smell who was injecting them. This completely eliminated the effect of the ketamine, regardless of the experimenter’s sex. When Georgiou and her colleagues placed a t-shirt worn by a man next to the mice in the fume hood, mice injected with ketamine swam for longer than those injected with a placebo. This suggested that male odour was necessary for the drug to work. Georgiou and her colleagues repeated the experiments with other antidepressants, but the researchers’ sex didn’t seem to matter, except in case of Ketamine. This led her and her colleague to suspect that the antidepressant effect is the result of a specific interaction between ketamine and the male odour in the mouse brain. 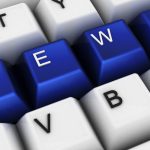 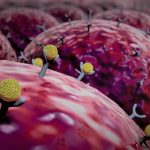 Next Story
Toll-Like Receptor Modulators: Emerging therapy for many indications