Obstetrician and gynaecologist Brenda Fitzgerald will direct the US Centers for Disease Control and Prevention (CDC), which was announced on 7th July. Dr. Brenda Fitzgerald has led the Georgia Department of Public Health since 2011, and has championed early-intervention programmes to improve maternal health and counter childhood obesity. Before that, she practised medicine, advised former Speaker of the US House of Representatives Newt Gingrich on health-care policy, and served in the US Air Force. Fitzgerald’s appointment does not require confirmation by the US Senate, unlike many other top government jobs. At the CDC, she will lead efforts to combat and prevent infectious and chronic diseases. If President Donald Trump has his way, she would have to do so with US$1.2 billion less in 2018 than the agency received in 2017. It is not clear whether Congress will go along with the president’s plan, however. 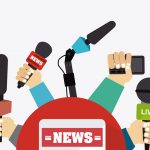