Novartis has been mining a pivotal study of Entresto, its heart-failure med, for more insights ever since it was first published in 2014. Now, a new analysis shows that Entresto beat an older med at reducing blood sugar levels in heart failure patients with diabetes. By breaking out and analyzing data on 3,778 diabetic patients who participated in the Paradigm-HF trial, researchers found that those in the Entresto arm saw a 0.26% drop in HbA1c, a commonly used measure of blood sugar levels, compared with 0.16% among those taking enalapril, an older heart failure remedy. And 29% fewer diabetics in the Entresto arm needed to start insulin therapy during the course of the study, compared with those in the enalapril arm.

A massive data analysis showed that SGLT2 diabetes drugs significantly cut heart failure hospitalizations and deaths, results that stand to have a “substantial impact” on prescribing habits, if AstraZeneca’s U.S. president sees his predictions come true. In a real-world study dubbed CVD-Real, researchers sifted records on more than 300,000 patients in six countries to find that SGLT2 meds cut heart failure hospitalization rates by 39% compared with other types of diabetes treatments. The drug class—which includes AZ’s own Farxiga as well as Johnson & Johnson’s Invokana and Eli Lilly and Boehringer Ingelheim’s Jardiance—also reduced deaths from any cause by 51%, according to the study, presented Sunday at the American College of Cardiology conference. The analysis echoes the results of a landmark Jardiance outcomes study, Empa-Reg Outcome, in which patients taking the SGLT2 drug saw a 35% reduction in risk for heart failure hospitalizations.

CAR-T drugs worth up to $649K in childhood leukemia

Health authorities in Britain ran cost-effectiveness numbers on pioneering CAR-T therapies that might be used to treat acute lymphoblastic leukemia in children, and payers may not want to hear the results. A National Institute for Health and Care Excellence mock technology appraisal analysis—highlighted in a Thursday note from analysts at Jefferies—found that a $649,000 price tag on the therapies would be justified for young patients with acute lymphoblastic leukemia (ALL). That doesn’t mean Novartis, Kite and other CAR-T drugmakers will charge that much if and when their treatments get approved in ALL, or that payers would shell out even close to that amount. The Jefferies analysts say the $649,000 figure is likely the “upper bound” on the treatment from Kite, which is working toward a filing in non-Hodgkin lymphoma first. The analysts didn’t discuss the other CAR-T companies in their note.

Allergan has been working hard to buoy IBS-D med Viberzi through a series of marketing efforts and tech partnerships. But now, a safety hurdle could get in the way. The FDA has warned that patients without a gallbladder shouldn’t use the med after an agency review found an increased risk for those patients of developing serious pancreatitis that could result in hospitalization or even death. In fact, hospitalizations and deaths from pancreatitis have already been reported in patients without gallbladders who were taking Allergan’s product, the FDA said. Regulators recommended patients in that pool “stop taking Viberzi right away.” It’s a setback for the Dublin drugmaker, which has been pushing hard to expand use of the med since winning a May 2015 approval on the same day as Valeant’s IBS-D contender, Xifaxan. 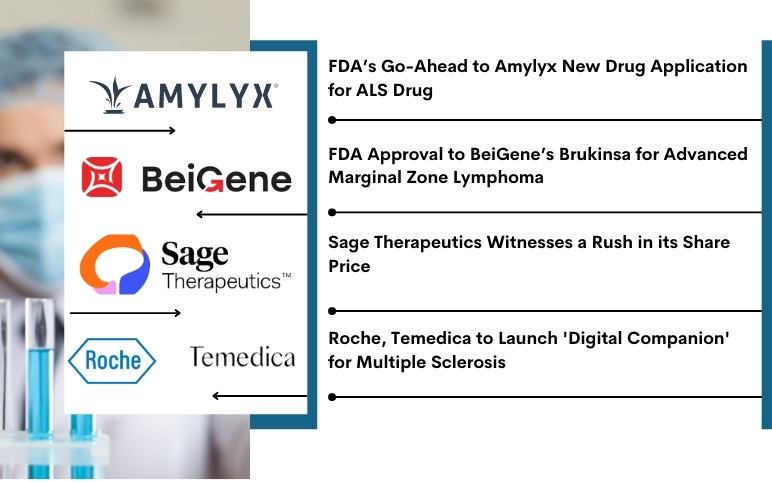 Georgia physician to lead US public-health...

Obstetrician and gynaecologist Brenda Fitzgerald will direct the US Centers for Disease Control and Prevention (CDC),...