Sarepta has dampen its enthusiasm for an ongoing gene therapy candidate. Sarepta has made a tie-up with lacerta that will add 3 more programs to 8 already existing and are ready to expand its focus beyond muscular dystrophy. Sarepta has committed to pay Lacerta development and sales-based milestones adding single-digit royalties on net sales under the terms of the deal. The tie-up with Lacerta follows an alliance with Myonexus for five gene therapy programs focusing on limb girdle muscular dystrophy (LGMD).Sarepta’s lead DMD gene therapy was placed under hold because of a quality issue .shares in the company raised on the strength of data from 3 patients in a phase 1/2 study that showed an increase in microdystrophin to a level that might stop, or even reverse, DMD progression.

Apexigen has raised $73 million for clinical testing of CD40-targeting immune-oncology candidate. The second and third fundraising has happened 5 years after the initial round that raised $20 million.   Apexigen is already advancing lead CD40 against APX005M on a broad front, with eight clinical trials in play both as a monotherapy and in combination with other drugs.

Therachon has raised $60 million , funded by Novo Holdings & joined by new investors Cowen Healthcare Investments, Pfizer Ventures and funds managed by Tekla Capital Management. Therachon’s plan is to prevent the excessive signaling through the administration of a soluble human form of FGFR3. The protein will serve as a decoy receptor that stops FGF from binding to the mutant form of FGFR3. 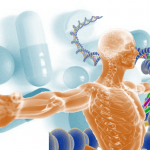