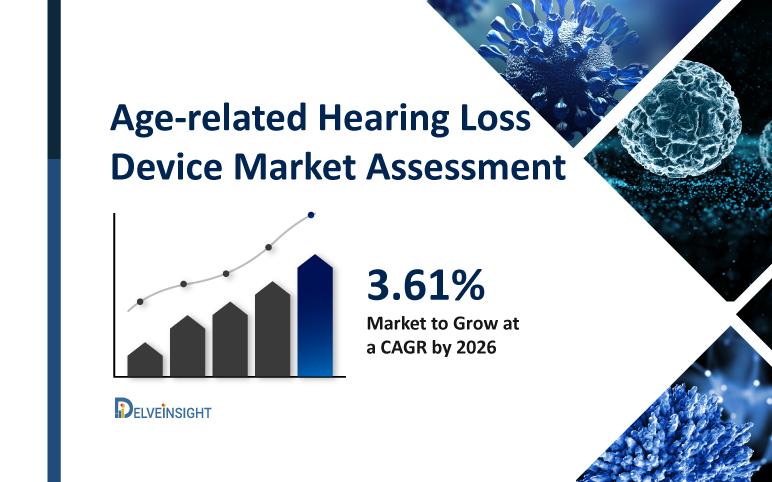 Age-related hearing loss (ARHL), also known as presbycusis, is a complicated disease that has been observed in tens of millions of people around the world. It is defined as a progressive, irreversible, and symmetrical bilateral neurosensory hearing loss caused by cochlea degeneration, in which sound-induced vibrations are translated into electrical impulses by sensory hair cells within cochlear neurons, which then help transmit information to the brain. The condition has been one of the most prevalent chronic conditions that as affected the aged population, including half of them that are over the age of 65 years in United States. In the peripheral region, the AHL develops as the result of defective functioning of the cochlear region, the auditory portion of the inner ear. There are both genetic and environmental factors that are held responsible for presbycusis.

Based on the analysis of temporal bone, in terms of the patterns of hearing loss with defective location, Schuknecht had provided three major forms of ARHL:

Hearing aids are compact electrical devices that can be worn behind or in the ear. Hearing aids assist in increasing the volume of sound. It enables a person with hearing loss to listen, speak, and actively participate in daily activities. It enhances hearing in both quiet and noisy environments. A microphone, amplifier, and speaker are the three components of a hearing aid. The microphone in the hearing aid collects sound waves, converts them to electric signals, and then sends them to the amplifier. The amplifier generally increases the signal’s power before sending it to the ear via a speaker—for instance, Oticon Ruby and Oticon Xceed by Oticon Medical, among others.

As per Delveinsight’s analysis, it is estimated that the maximum number of people that are suffering from age-related hearing loss chose the option of hearing aids, as they are much affordable and accessible, and there is no such requirement of undergoing surgery.

Cochlear implants are miniature-sized devices that are implanted surgically in the inner ear and provide a sense of sound to individuals that are profoundly deaf or hard-of-hearing. If the hearing loss in an individual is severe, he can be recommended a cochlear implant in both ears. Examples include the Naída CI Q Series from Advanced Bionics.

As per Delvesinsight’s secondary and primary analysis, an individual is only eligible for the option of cochlear implants when he is experiencing interrupted spoken communication, minimalistic benefits are obtained from hearing aids, and the person is not suffering from any such underlying medical conditions that are known to increase the risks associated with cochlear implants.

They are passed through the ear canal, and the middle ear and are constructed in such a way that they can use the body’s natural ability for transferring sound through bone conduction. The sound processor takes up the sound, transforms it into vibrations, and they send the vibrations via the individual’s skull bone to the inner region of the ear. As an example, the Ponto 3 SuperPower was developed by Oticon Medical.

As per Delveinsight’s estimates, for patients who are not able to use regular hearing aids, a bone conducting hearing implant may provide a better solution to their hearing loss; however, this has very less patient share as the physicians recommend hearing aids and cochlear implants the most.

These include telephones and cell phone amplifying devices, smartphone or tablet “apps,” and closed-circuit systems (hearing loop systems) at places of worship, theaters, and auditoriums.

It is considered to be an option, which is helpful in individuals that are dealing with hearing problems and allows them to understand conversational speech. Patients who use this method pay great attention to other people’s lips and body gestures when they’re talking, allowing them to grasp what they’re saying.

Age-related hearing loss is referred to as the gradual loss of hearing in both ears. The disorder is encountered in every three adults that are over the age of 65 years. According to a study conducted by the University Ramón Llull, Barcelona (Spain), the prevalence of age-related hereditary loss is observed to be highly variable, the percentage of people which are in between the age of 65 to 75 years, range in between 15% to 25% and it is found to be in between 27% to 44% in adults over the age group of 75 years. It has been found that, in between 80-90 years, this percentage increases to 45% and 55%, respectively.

As per Delveinsight’s assumptions that were taken from the research study that was conducted by Goman et al., the prevalence of hearing loss as per mild severity ranges to be about 69%, moderately severe is about 26%, and severe cases that range about 4% and about 1% are the profound cases for age-related hereditary loss across the 7MM region.

As per DelveInsight’s Age-related hearing loss device market forecast, the estimated patient pool population in 7MM. In the year 2018, the total eligible patient population for Age-related Hearing Loss was 60,652,513 cases in seven major markets and is expected to increase at a cumulative annual growth rate (CAGR) to reach 71,793,214 cases by 2026. The highest prevalent cases of this disease were observed in the United States.

Delveinsight’s analysis of Age-related hearing loss and the eligible patient population clearly showed that the maximum number of people that were observed in terms of age-specific prevalent population for the disease was comprised of adults that were >75 years of age from the year 2018 to 2026. In gender-specific prevalent population (2018-2026), that was eligible for Age-related hearing loss, the number of males had the maximum device market share, followed by females.

The current research related to Age-associated hearing loss relies on novel strategies, which are related to the electrode array, thereby improvising neuronal health and spatial selectivity and reducing consumption of power. The future designs that are to be offered in this Age-related hearing loss device market are assumed to improvise neuronal health by implying a reduction in insertion trauma, reducing the inflammatory pathway which follows electrode insertion, or via the use of neurotrophins or stem cells. Further improvements that are associated with spatial selectivity and in recognition of speech within challenging listening environments can be seen through changes in the electrode or the neural interface. The use of an array to help push the electrodes closer to the neural tissue, as well as changing the stimulation mechanism with current steering or even optical or piezoelectric stimulations, are all considered. Improving the MRI compatibility is also a significant consideration, and devices that cater to remote programming have a significant impact on the worldwide provision.

Along with improvements in microchip technology at an exponential rate, the size observed of both internal and external devices is expected to grow small. Additionally, the advancements made in directional microphone technology further tend to improve the design of future devices thus, the Age-related hearing loss device market. A combination of improvements made in laser technology and use of robot operated electrical insertion for reducing the electrode insertion trauma and improvement in surgical accuracy, the goal of achieving a completely implantable device with significant advances made in the battery life will also be observed. 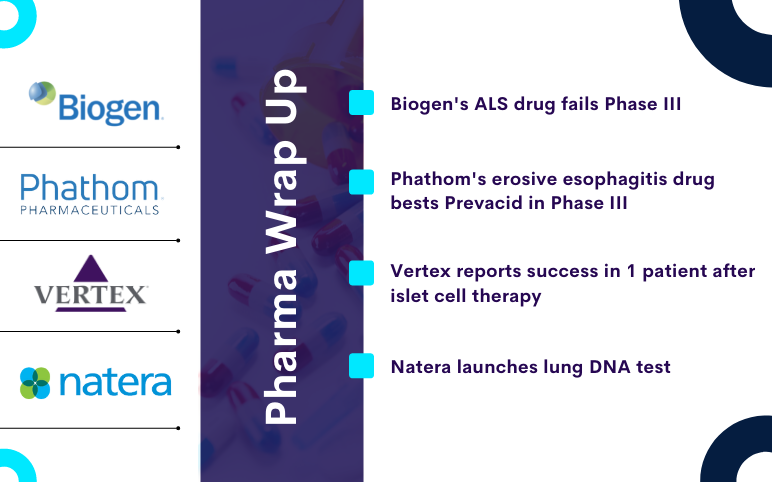 Biogen’s tofersen fails to meet the primary goal in the Phase III ALS trial Biogen has announced that its investigati... 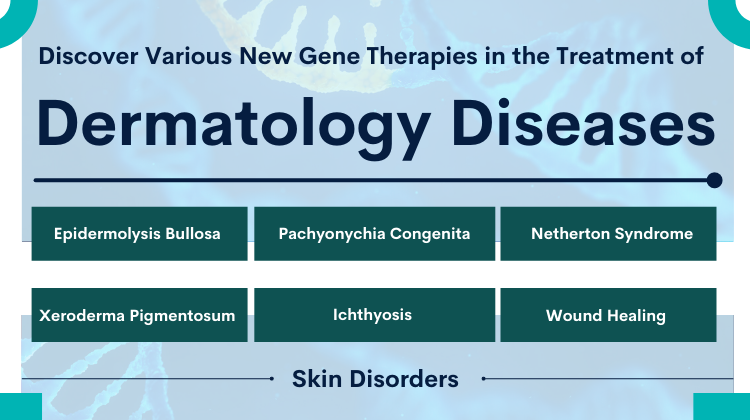 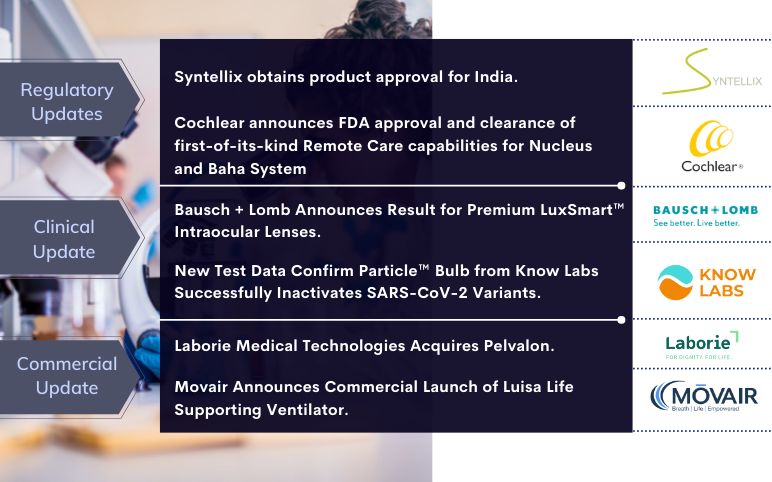