The clinical symptoms of Clostridium difficile Infection are heterogeneous and range from very mild diarrhea to fulminant colitis, accompanied by complications such as toxic megacolon, bowel perforation, sepsis, and death. Extracolonic manifestations of Clostridium difficile Infection are rare and most commonly involve small intestine infiltration, reactive arthritis, and bacteremia.

Antibiotics like vancomycin, fidaxomicin, and metronidazole are prescribed as the standard of care across lines of therapy; however, this regimen, is constrictive and challenging. The comprehensive and prolonged use of antibiotics depletes the gut microbiota and worsens dysbiosis, only exacerbating the condition associated with CDI. The treatment is further complicated by rising antibiotic resistance. While the current standard therapy of antibiotics is therapeutic, the most effective way to cure CDI completely would be to re-populate the normal colonic flora.

Ferring Pharmaceuticals’ REBYOTA (RBX2660), a first-in-class microbiota-based live biotherapeutic product has recently been approved by the US FDA for the prevention of recurrence of CDI in individuals 18 years of age and older, following antibiotic treatment for recurrent CDI. A broad consortium of diverse microbes, the drug is to be administered rectally as a single-dose enema. It is prepared from the stool donated by qualified individuals. The FDA approval was based on the results from PUNCH CD Phase III trials, wherein REBYOTA had a 71% success rate in preventing recurrent infections compared to 57.5% for placebo recipients after eight weeks.

This approval of Ferring’s REBYOTA is a milestone for microbiome-based drug research, which has drawn significant interest from large drugmakers and biotech companies in recent years but has also met with several setbacks. It culminates decades of research and clinical development in CDI treatment giving Ferring a major first-mover advantage in the treatment space which already has a robust pipeline of drugs.

Despite the pluses, Ferring is expected to face tough competition from Seres Therapeutics which is developing SER-109, a multifunctional consortium of commensal bacteria composed of purified Firmicutes spores. With an excellent safety profile, it is accepted for Priority Review by the US FDA with a Prescription Drug User Fee Act (PDUFA) action date set for April 2023. In the Phase III study, subjects treated with SER-109 had a recurrence rate of 8.7% at 8 weeks, which indicated a 91.3% sustained clinical response, compared to 75% in the case of REBYOTA. With an expected market entry by 2023, , SER-109 is expected to capture a larger market with a faster uptake than REBYOTA, possibly attaining a peak share of ~12% in the first 5 years.

Other products in different developmental stages like Destiny Pharma’s NTCD-M3 and Adiso Therapeutics’ ADS024 are novel derivatives to watch out for. NTCD-M3, a non-toxigenic strain of C. difficile bacteria- strain M3, has demonstrated efficacy in reducing rCDI with a strong safety profile. It is a simple-to-administer solid capsule with low dosing, long shelf life, and lower treatment costs, making it an ideal treatment drug. ADS024, an oral single-strain live biotherapeutic product for the prevention of C. difficile recurrence with a selective killing capability and limited impact on other strains, inhibits the growth of C. difficile and degrades the toxin, which makes it an ideal adjunct to the standard of care. However, the need for funding to conduct late-stage trials may delay the market entry of these drugs.

Live biotherapeutics are expected to be used as add-ons to antibiotics to restore gut flora, thus reducing recurrence of CDI.

Apart from the above-mentioned companies, several other players are actively working in the Clostridium Difficile Infection (CDI) Therapeutics Market, with their drug candidates in various stages of clinical development. Some of the prominenet companies in the market include Pfizer’s vaccine (PF-06425090), Finch Therapeutics (CP101), Vedanta Biosciences (VE303), Summit Therapeutics (Ridinilazole), and MGB Biopharma (MGB-BP-3), and others.

Over the years, there has been a dramatic transition in the epidemiology of clostridium difficile infection (CDI), noted by a substantial increase in incidence and severity, occurring at a disproportionately higher frequency in older patients. Moreover, it is being observed that the incidence of CDI has been increasing, even in populations previously thought to be at low risk, including children. Currently, there is an unmet need for promising therapies that can provide optimum results to treat mild to moderate CDI, recurrent cases of CDI, age-specific, and targeting other factors. The market of CDI is facing some unmet needs as well, which can be considered as a bundle of opportunities for other pharma and biotech giants.

As per DelveInsight, the Clostridium Difficile Infection market will evolve significantly in the coming years owing to the rise in health care spending worldwide, increasing incident cases of Clostridium difficile infection (CDI), and the  expected launch of upcoming therapies in the coming years. Over the last two decades, with advances in molecular biology techniques, there have been several breakthroughs in understanding the genetic diversity, evolution, epidemiology, and pathogenicity of Clostridium difficile. The ongoing clinical and research activities are expected to continue to overcome the existing barriers in the therapeutics segment in the coming years.

Innovative Vaccines for Clostridium difficile Infection Treatment in the Horizon

Clostridium difficile infection (CDI) has emerged as a significant nosocomial infection over the years with increased incidence, recurrence and need for hospitalization. About 15% to 30% of patients who initially respond to antimicrobial therapy experience recurrent CDI (rCDI). After the first recurrence, the risk ...

Over the past few decades, technological innovations have led to immense growth and development in the healthcare industry and has simplified the patient treatment journey to a significant extent. The growth in high-tech medical devices, equipment, innovative targeted therapies, and ingenious procedures and techniq... 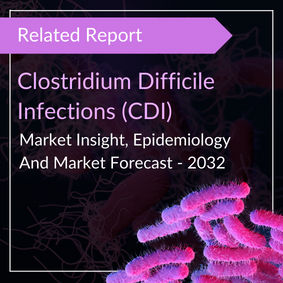 Innovative Vaccines for Clostridium difficile Infection Treatment in the Horizon