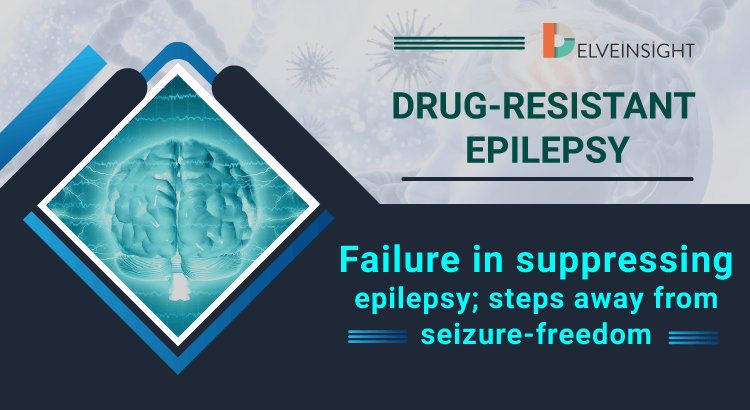 Failure in suppressing epilepsy; steps away from seizure-freedom

Epilepsy, a central nervous system disorder that hinders the normal functioning of the brain, and leads to abnormality and loss of awareness. It affects over 70 million people worldwide, wherein nearly a quarter of patients with seizures have drug-resistant epilepsy. What should one understand is that seizures are not a disease in themselves; instead, they are symptoms of many different disorders that can affect the brain. Some seizures can hardly be noticed, while others are disabling.
When two or more suitable antiepileptic trials and appropriate interventions fail to treat it is known as drug-resistant epilepsy. Though the medications are chosen carefully as per the patient’s condition, yet they fail, and patients continue to suffer from seizures. With DRE, one might find it difficult to control, and medicines may also take a longer time in calming the affected individual.

Epilepsy is equally represented among both males and females and is most often diagnosed in young children and older adults. Most children are diagnosed when they are 3- to 6-years-old; younger patients usually have hereditary epilepsy and often outgrow it with age. In older adults, epilepsy risk increases two to threefold for patients over 65 due to strokes, tumors, and other diseases.
Despite the advancement of antiepileptic drugs (AEDs), many people with epilepsy remain refractory to treatment and have DRE. This multifaceted condition comprises intractable seizures, neurobiochemical changes, cognitive decline, and psychosocial dysfunction.

There is a continuous rise in the challenges for both researchers and clinicians as the heterogeneity complicates DRE management, and the root cause for DRE is still unknown. It is estimated that the total diagnosed prevalent population is likely to see an increase from 1,050,659 cases among the seven major markets. This prevalence also indicates that the adult population might get more affected than children in the coming future, as it has done in the past. The United States may even top the chart in comparison to the 637,357 instances taken from the records of 2017, followed by the United Kingdom and Germany.
The extent of treatment varies from person to person. Some people require lifelong treatment, some may undergo surgery, for some seizures may eventually go away, as well as some children might outgrow the condition with age. Patients with refractory epilepsy carry the enormous burden of treatment of epilepsy.

Approximately 25% of the patients are referred to a specialized centre who do not have epilepsy, and their most frequent final diagnoses are syncope, nonepileptic seizures, and sleep disorders. EEG is a vital step in diagnosing epilepsy. The management of refractory DRE is quite challenging; medications are the early treatment choice for almost all patients with multiple seizures; however, some patients might become resistant to the drugs, in that case, a combination of drugs are given to control the seizures. Physicians often evaluate the patient’s capability to undergo surgery, if the brain decline such methods, then the other options are vagus nerve stimulation and lifestyle modifications.

With new drug developments and new launches, the overall market of USD 2987 Million in 7 Major Markets (United States, Germany, France, Italy, Spain, United Kingdom and Japan) is anticipated to reach greater heights. These launches may contribute to the rise in the market size shortly.
Companies like UCB Biopharma and Harvest One Cannabis are promising industries that will contribute significantly to the market. Drugs like PTL101, which contains purified Cannabidiol embedded in gelatin matrix pellets, might prove to be beneficial. On the other hand, Ataluren is another investigational therapy which will possibly treat Dravet syndrome, manufactured by respective companies. Some other drugs like Padsevonil and Natalizumab might also contribute invariably in the antiepileptic drug development.
As per the recent analysis, the United States accounts for the largest market size of DRE in contrast to EU5 countries; however, the United Kingdom is next in line to the US, and the largest among the European countries followed by Germany. This may also see impressive growth in the market size from USD 227 Million and USD 55 Million, respectively, in the coming years.
As the treatment is long, thus many patients would not adhere to the procedure for a long time, but one must understand the extent of their seizure and should undergo proper treatment patiently to live a healthy life.

Rightly said by Rachel Joy “We can fight seizures if we fight for our dreams every day and appreciate the little things we accomplish.”