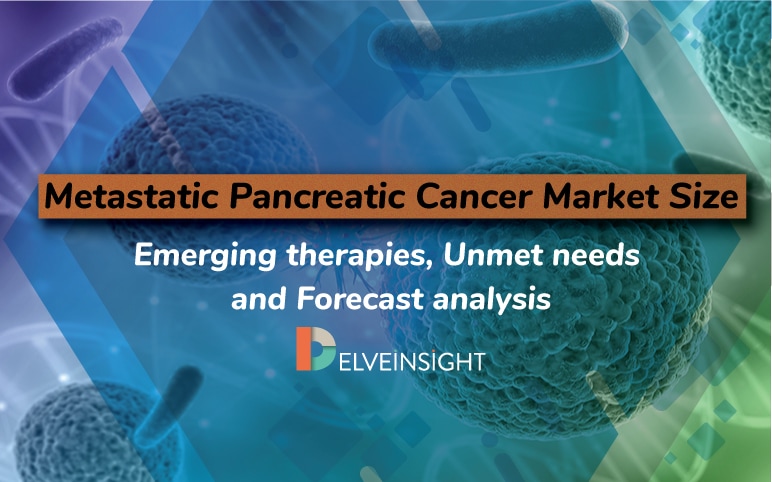 According to the World Cancer Research Fund International, Pancreatic cancer is the 12th most commonly occurring cancer in men and the 11th most in women.

As per the American’s Cancer Society Cancer Facts and Figures report, by the end of the year 2019, over 56,700 Americans will be diagnosed with pancreatic cancer. The pancreatic cancer diagnosis rate has observed a 2% increase from the last year.

The Cancer Research UK says that pancreatic cancer is the 11th most common cancer in the United Kingdom, which accounts for three per cent of all new cancer cases. A review by Carrato et al., titled says that 80–90% of patients have an unresectable tumour on diagnosis at an advanced stage in Europe.

Metastatic Pancreatic cancer has the lowest survival rate of all the commonly occurring cancers.

According to a study CONCORD-3, Pancreatic cancer has the lowest five-year survival of around 6.9% in the UK.

As per the estimates presented by Cancer.net, if the pancreatic cancer is detected at early stages the possible chances of 5-year survival rate is 34%. The sad part is that only 10% of the patients are diagnosed at stage I. The moment, pancreatic cancer spreads to surrounding parts of the body, the 5-year survival rate reduces to 12%. Whereas, in the case of the tumour spreading to distant parts of the body, the rate swoops down to 3%.

Pancreatic cancer is the seventh leading cause of deaths. And, its toll is rising.

Pancreatic cancer treatment landscape depends on the stage and location of cancer. To sum up, the primary aim of the treatment is always the elimination of tumour. In case, the that is not possible, the focus revolves around improving the quality life of the patients and preventing the growth of the tumour.

However, in case of metastasized or locally metastatic pancreatic cancers, surgically removal of the cancer is not an option. In those cases, palliative or supportive care is given to pancreatic cancer patients to provide the best comfort and relieve symptoms and pain.

Chemotherapy is a commonly preferred option for Metastatic Pancreatic Cancer. At present, the standard chemotherapy drug for metastatic pancreatic cancer treatment is Gemzar (Gemcitabine). Gemzar, approved in the year 1996, is, thus, considered an effective Pancreatic cancer treatment option. However, there are some associated side-effects like fever, infection, and elevation of liver enzymes are usually transient and easily manageable.

Erlotinib prevents the growth of the tumour by blocking the epidermal growth factor receptor (EGFR). As a result, the US FDA granted approval to Erlotinib (Tarceva) manufactured by OSI Pharmaceuticals in 2004 as the first-line treatment of locally advanced, unresectable or metastatic pancreatic cancer in combination with gemcitabine. General side effects include skin rash similar to acne, diarrhoea, and fatigue.

There exists a treatment method which targets a specific genetic change in the genome. Larotrectinib (Vitrakvi) has been approved for pancreatic cancer which has NTRK fusion as its cause.

These agents are targeted agents but other chemotherapeutic agents, like Nab‐paclitaxel (Abraxane), Oxaliplatin (Eloxatin), Nanoliposomal irinotecan (Onivyde), Irinotecan (Camptosar), and others are also used as first‐line, second‐line, and off‐label chemotherapeutic agents for locally advanced or metastatic pancreatic cancer patients. However, these agents are associated with major side effects.

Metastatic Pancreatic cancer radiation therapy is employed to kill the cancerous cells via radiation in the form of X-rays.

A painless and well-planned pancreatic cancer treatment option harms as little as possible to other healthy body tissue. In the case of locally Metastatic pancreatic cancer, radiation therapy is usually administered with chemotherapy.

The current Pancreatic cancer therapy market is dependent on the chemotherapeutic agents and targeted agents. However, due to various side effects, there is a high demand for standard and efficient therapies that cause minimal to no side effects.

CPI‐613, also known as devimistat, is in Phase III clinical trials by the company Rafael Pharma. This is a lipoate analogue targeting mitochondrial tricarboxylic acid (TCA). The US FDA designated CPI‐613 as an orphan drug for pancreatic cancer treatment. Another combination study of devimistat with mfolfirinox and gemcitabine with nab‐paclitaxel is ongoing in different phases of a clinical trial. The drug has also received approval for pivotal clinical trials in pancreatic cancer.

Another agent, Masitinib is a selective tyrosine kinase inhibitor. Moreover, masitinib has also received orphan drug designation for pancreatic cancer from both the European Medicine Agency (EMA) and the US FDA. It is currently in Phase III clinical trial for development of Locally Advanced or Metastatic Pancreatic Cancer Treatment.

A widely used chemotherapeutic agent, Glufosfamide (ifosfamide), is used with greater specificity and a better safety profile, targeting metabolically active tumors and hypoxic tumour regions. The therapy is currently being used on patients who were previously administered with Gemcitabine.

EndoTAG‐1 (SB05), an innovative composition of the established cytostatic drug paclitaxel combined with neutral and positive lipids, is in Phase III trials. SB05 is expected to prevent the formation of new tumour blood vessels and inhibits tumour growth in patients with Metastatic Pancreas Cancer.

The advancement in the medical sectors has helped the metastatic pancreatic cancer patient pool to find an effective cure in the form of various therapies that promise to kill the tumour from its root. Pancreatic therapies that can successfully target cancer depending upon the reason behind the origin of the tumour will surely expand the Metastatic pancreatic cancer market size. 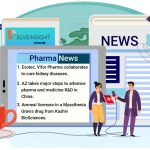 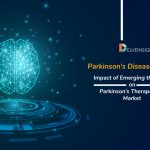