Mammalian Target of Rapamycin (mTOR) is always in limelight for its wider application. It is a protein of a 289-kDa long chain contains serine and threonine kinase, and was first identified when rapamycin (Sirolimus) was discovered. mTOR helps in the synthesis of important cellular proteins which has a major impact in various aspects of cell growth and differentiation, progression of cell cycle, protein degradation, angiogenesis and apoptosis.

It regulates various growth factors and mostly in cancer mTOR pathway is more active. It is used in most of the therapy areas such as Onclogy, Renal dysfunction, cardiovascular disease. The researcher also identified its application in some neurological disorders, such as tuberous sclerosis complex. M-TOR inhibitors are capable of regulating protein synthesis, cell proliferation, autophagy, and cell death and cell growth.  Thus, they are involved in developmental brain malformations, epilepsy, autism and intellectual disability, hypoxic–ischemic and traumatic brain injuries, brain tumors, and neurodegenerative disorders. These regulate protein synthesis and cell growth by regulating the as growth factor levels, oxygen levels, and nutrient and energy availability. They are also being considered for clinical trials for treating epilepsy, autism, dementia, traumatic brain injury, and stroke.

In various types of cancer it has achieved milestone especially in renal cancer. It works by binding to a cytoplasmic protein and by forming a complex which interacts with mTOR kinase. Today these inhibitors are combined with chemotherapy agents for more benefits. Therefore companies have developed second generation m-TOR inhibitors such as ADZ8055 that blocks mTOR signaling more potently than rapalogs.

The pipeline of mTOR inhibitors is still growing, and presently contains 21 drugs out of which two drugs have entered into Phase III stage. Pfizer is developing Gedatolisib for the treatment of Acute Myeloid Leukemia. An ophthalmic formulation of Sirolimus is developed by Santen Pharmaceutical Co, Ltd. The drug has also got orphan drug designation from USFDA for the treatment of chronic non-infectious anterior Uveitis. 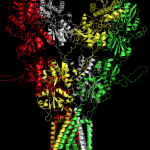 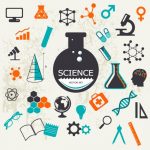 Next Story
Pulling the apoptotic trigger for necrosis