Samsung Bioepis won FDA approval late Friday for its Remicade substitute, Renflexis (infliximab-abda), becoming the the second biosimilar to threaten that brand in the U.S. Not an unexpected event, and the launch isn’t expected until October because of biosimilar rollout rules. But six months pass quickly in the pharma world, and analysts see the second biosim emboldening payers to press for bigger rebates and pushing the three contenders to get more aggressive about winning share—or protecting it, as the case may be. Add into the mix the fact that Merck & Co. has marketing rights and the rivalry looks even more interesting. Soon, Remicade will have companies experienced on both sides of the biosimilar-brand competition making a run at its U.S. sales.

Lilly’s cancer med abemaciclib hits survival mark, but can it stand up to Ibrance and Kisqali?

Eli Lilly’s chances of snagging an abemaciclib approval as wide as those of its rivals are looking even better. In a phase 3 trial of the drug in previously untreated patients with HR-positive, HER2-negative breast cancer, abemaciclib nailed its primary endpoint, demonstrating significant improvement in progression-free survival. The performance follows up on last month’s positive results from Lilly’s other key trial, a test in patients whose cancer had come back after a first round of treatment. With those two sets of positive data in hand, the Indianapolis drugmaker is “assured of a product label with the same breadth” as that of Pfizer’s Ibrance and Novartis’ Kisqali, Bernstein analyst Tim Anderson predicted in a Monday note to clients. But that may not be enough to ensure abemaciclib’s success.

Children with a rare, devastating brain disease may soon have their first treatment option in BioMarin’s Brineura, up for an FDA decision later this week. And it’s likely to instantly join the ranks of the world’s most expensive meds if approved. Experts from the European Medicines Agency’s Committee for Medicinal Products for Human Use on Friday endorsed the drug to treat Neuronal Ceroid Lipofuscinosis Type 2 disease, a form of Batten disease. The EMA usually green-lights drugs that have CHMP recommendations, but it isn’t required to do so. In the U.S., Brineura is set for a decision date the coming Friday. Execs at BioMarin said the company is in label discussions with the U.S. agency.

Hoping to win over careful payers, Biogen has new data to support its superpricey spinal muscular atrophy (SMA) drug Spinraza. In new phase 3 data from a study in children with later-onset SMA, patients on Spinraza “demonstrated a highly statistically significant and clinically meaningful improvement in motor function” over their counterparts who received a sham treatment, the Cambridge, Massachusetts-based biotech said in a Monday release. Biogen won approval for the med back in December and sparked criticism by pricing the groundbreaking injection at $750,000 for the first year, a figure that falls to $375,000 for subsequent years. In an earlier study of infantile-onset (type 1) patients, a higher percentage of children on Spinraza survived compared with untreated patients. Data from the newly finished study, Cherish, weren’t available at the time, but the FDA nonetheless approved the med for treatment of all SMA types.

Klick’s digital innovation unit Klick Labs created a device to transmit tremors from a Parkinson’s patient to someone who doesn’t suffer from the disease, to dramatically illustrate its effects. That’s empathy-creation in action, and the basis for a planned clinical study about the ways empathy can improve patients’ health. For pharmas, it’s a potential tool for sales-rep training. And the device can show differences between patients who are treated and those who aren’t, Klick says, opening up the potential for other applications. The programmable SymPulse device connects a Parkinson’s patient to a second person. A sensor on the patient digitizes and transmits tremors or muscle contractions, using electrical muscle stimulation, to a device worn by the non-patient. The result? The receiver can feel the exact same things the patient does. Klick refers to it as “tele-empathy.” 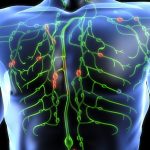 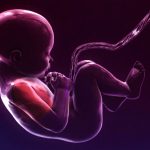 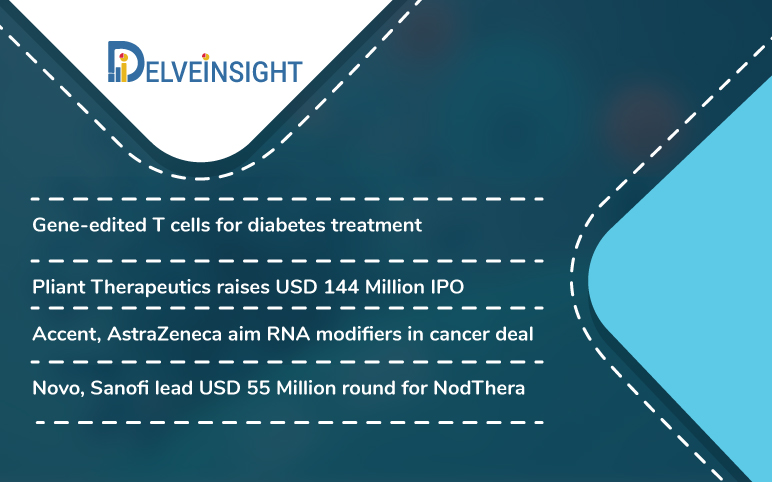 Gene-edited T cells for diabetes treatment The Scientists at the Seattle Children’s Research Institute and the Benaroya Research...