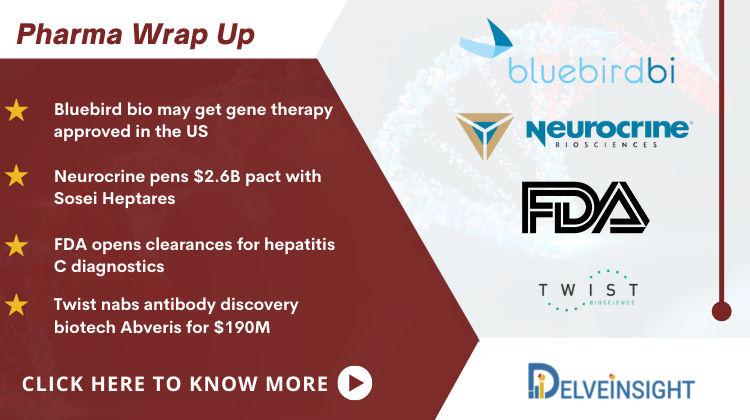 Bluebird bio may get gene therapy approved in the US. The Cambridge, MA biotech declared that the FDA had accepted and given priority review for Zynteglo, its gene therapy for the rare blood disorder beta-thalassemia. The announcement sets up an expedited FDA decision by May 20, 2022.

A priority review does not guarantee approval, and more than a few recent biotechs have been annulled after receiving the designation, including Incyte, Sesen, and Provention. But it shows a substantial step forward for a therapy that has seen repeated setbacks and an application that was slapped down with a refuse-to-file letter.

The approval rate for candidates given FDA priority review hovered between around 70% and 90% between 2011 and 2019, compared to a little over 60% for drugs given the 10-month standard reviews.

The acceptance is a long time coming for the bluebird. The company represented its first results from a Phase III trial in beta-thalassemia back in June 2017, and it first won conditional approval in Europe in June 2019. Bluebird at the time also showed dramatic data on a similar one-time treatment for sickle cell disease, and then-CEO Nick Leschly said the company planned to launch the therapy for beta-thalassemia in 2020 and sickle cell disease in 2022.

Neurocrine Biosciences and Sosei Heptares collaborate for a range of early- to mid-stage neuro assets.

This area has proven to be a high-risk R&D target for the industry. Still, Neurocrine is planning to put down USD 100 million—and up to USD 2.6 billion—in a heavily backloaded biobucks pact to get its hands on Sosei Heptares’ muscarinic receptor agonists for schizophrenia, dementia and other neuropsychiatric disorders.

Neurocrine is already plotting a phase 2 with selective M4 agonist HTL-0016878 in schizophrenia next year. In the cards are phase 1 tests for a dual M1/M4 and a selective M1 agonist in the year after.

Under the agreement, Sosei Heptares retains the rights to develop M1 agonists in Japan, while Neurocrine captures co-development and profit share options.

Muscarinic receptors are vital to brain function and research in drug targets in psychosis and cognitive disorders.

Sosei Heptares says in early, primarily preclinical work, this platform has displayed the potential to offer therapeutic effects while circumventing the harmful side effects, which is caused by nonselective agonists and the efficacy issues affected in some older patients.

The FDA has opened up on makers of new diagnostic tests for hepatitis C, conferring them a quicker pathway to the market.

The agency classified again specific RNA- and antibody-based tests for the virus in a way that developers will now be able to secure less-burdensome 510(k) clearances for those products instead of concluding full premarket approval applications or the FDA’s most rigorous review of medical devices.

The special controls in place comprise labelling statements that the RNA-based diagnostics are not intended for screening donated blood or tissues and specific requirements that manufacturers confirm their test designs and offer validation data from clinical performance evaluations.

The virus, which spreads through blood-to-blood contact, primarily targets the liver and can develop over the years, causing complications such as cirrhosis, cancer and organ failure.

According to the Department of Health and Human Services, released a four-year plan for combating all types of viral hepatitis this past January—the rate of acute hepatitis C cases increased 71% from 2014 to 2018, with about two-thirds occurring among those between ages 20 and 39.

That age group has been the most impacted by the national opioid crisis, with hepatitis C potentially being spread through the sharing of needles. As of 2016, 2.4 million people in the U.S. were estimated to be living with hepatitis C.

Twist Bioscience is now snapping up an antibody-drug discovery company, after deciding not to stick but twist its COVID-19 antibody program last week,

The so-called synthetic DNA biotech is paying out to USD 190 million for privately owned Abveris (formerly known as AbX Biologics) and its in vivo antibody discovery services platform.

Its tech is zeroed in on developing the next generation of biologics, cell therapies, vaccines, and diagnostics in collaboration with global biopharma leaders.

Abveris’ platform, DiversimAb, is a family of hyperimmune mouse models. Under the new buyout, it can be humanised using the Twist antibody optimisation solution to develop superior biologics for quick clinical advancement as per the biotech.

The pact comes after Twist got a path forward for its COVID-19 antibody program, spinning the project out to form startup Revelar Biotherapeutics and accomplishing to investing up to USD 10 million in seed funding.

There are three fundamental approaches to antibody discovery: synthetic libraries, which is the speciality of Twist; in vivo discovery through animal models; and artificial intelligence models. With the expected buy out of Abveris, Twist will have a forte in each, creating a robust antibody design, discovery and screening organisation to serve both our partners and our internal pipeline.