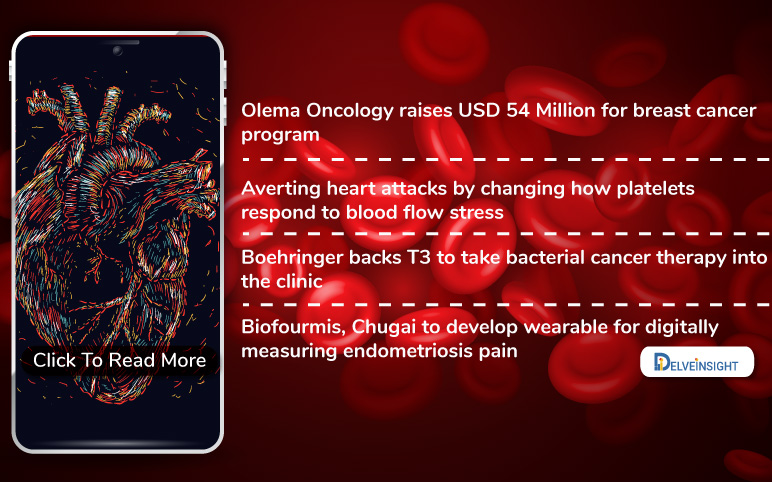 Olema Oncology has raised USD 54 million to push its lead program into the clinic and boost its R&D efforts in other areas.

The capital will bankroll a phase 1/2 study of the asset, OP-1250, as a single agent. Olema Oncology will assess the drug, a complete estrogen receptor antagonist, in patients with ER-positive, HER2-negative breast cancers that have come back despite other treatments or that have spread locally or to other parts of the body.

The phase 1/2 dose-escalation trial is scheduled for the second half of 2020. The studies combining OP-1250 with other targeted breast cancer treatments will follow as per the company.

Now, a research team that is led by Monash University in Australia has searched a way to target platelet activation in a way that appears to specifically address the pathological clumping of blood without meddling with normal processes that inhibit uncontrolled bleeding.

In a new study that is published in Science Translational Medicine, the scientists showed that preventing a protein called PI3KC2a could alter how platelets react to a change in blood flow that can promote the formation of clots, which is a common cause of heart attack or stroke.

T3 Pharmaceuticals has raised USD 27 million to take its lead bacterial cancer therapy into the clinic. Boehringer Ingelheim Venture Fund (BIVF) co-led the round with the support of other existing investors.

In recent years, T3 has worked to commercialize research into the role of bacterial type III secretion that can play in the delivery of proteins to intracellular targets. The approach takes over a bacterial mechanism for getting materials into human cells to turn microorganisms into delivery vehicles that are capable of hitting intracellular targets.

T3 is applying the technology to solid tumors, a group of diseases, which have intracellular targets that are hard to hit with some other modalities. The Swiss biotech has designed its bacterial delivery vehicles to accumulate and replicate at solid tumour sites. In theory, the immune system will eradicate bacteria found in healthy tissues, enabling T3 to deliver deadly doses to tumors without causing extreme harmful events.

Biofourmis is collaborating with Chugai Pharmaceutical to develop a digital and objective method for clinically assessing a person’s pain, and they are commencing with a focus on endometriosis.

The difficult-to-diagnose, yet still affecting one in 10 women of reproductive age, endometriosis is caused by the growth of epithelial cells outside of the uterus, leading to pelvic pain and potential infertility.

However, the severity of pain can vary daily and present in different ways, making it hard for some patients to communicate their symptoms to healthcare professionals effectively.

It is using its digital platform and artificial intelligence algorithms, Biofourmis and Chugai goal to evaluate data from a wearable biosensor, in search of patterns, which could be used to quantify endometriosis pain effectively. 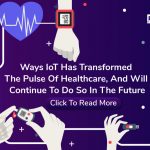 Previous Story
Ways IoT Has Transformed The Pulse Of Healthcare, And Will Continue To Do So In The Future
→ 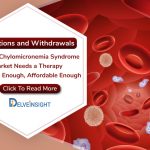