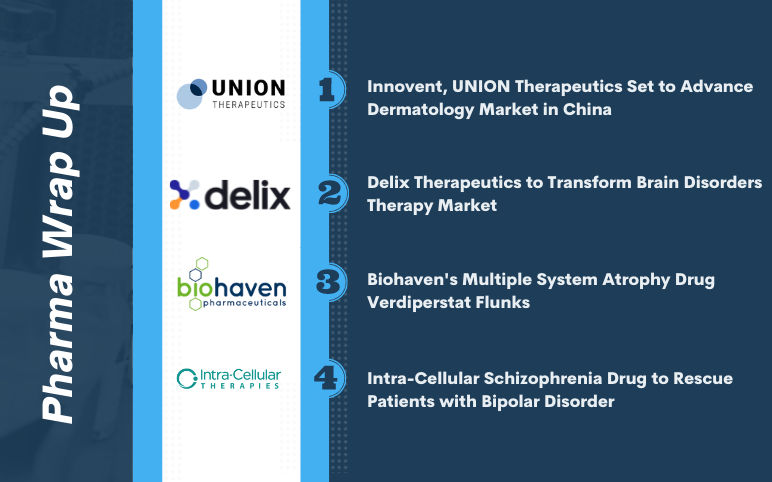 Innovent Biologics and UNION therapeutics have announced a strategic and licensing collaboration to develop and commercialize Orismilast, a next-generation PDE4 inhibitor for inflammatory dermatology conditions in China.

Orismilast is a potent and selective, next-generation PDE4 inhibitor with broad anti-inflammatory properties. The drug was initially developed by LEO Pharma and acquired by UNION in 2020. UNION presently is running two Phase 2 clinical trials investigating UNI50001, an oral PDE4 inhibitor investigated for the treatment of psoriasis, atopic dermatitis and hidradenitis suppurativa; and UNI50002, the topical formulation of Orismilast investigated for the treatment of atopic dermatitis-both in tandem with Orismilast.

Under the terms of the agreement, Innovent gets an exclusive license to research, develop and market Orismilast in China, while UNION is expected to receive an upfront payment of USD 20 million and is entitled to a sum of upto USD 247 million in milestone payments as well as tiered royalties.

Delix Therapeutics, a Boston-based Neuroscience company, announced that it has managed to score USD 70 million in a Series A financing round that it aims to use the sum to strengthen its foothold in the Neurological disorders market.

Delix is investigating “non-hallucinogenic analogs of clinically-validated first-generation psychedelics like psilocybin, LSD, DMT, and MDMA (commonly known as ecstasy)” to promote neuroplasticity through oral drugs.  The company is evaluating the impact of its lead assets, DLX-1 and DLX-7, and plans to begin its Phase I trials in 2022.

Biohaven Pharma announced the latest update from its Phase III clinical trial, M-STAR, that was investigating Verdiperstat for the treatment of multiple system atrophy (MSA).

Verdiperstat is a first-in-class, selective, brain-penetrated, irreversible myeloperoxidase (MPO) enzyme inhibitor, which is under clinical evaluation for several neurodegenerative disorders. Biohaven was evaluating the safety and efficacy of verdiperstat in MSA in Phase III randomized, double-blind, placebo-controlled trial that evaluates the drug’s effects on around 300 patients aged between 40 and 80 years old and diagnosed with MSA, and had announced the completion of the enrollment of the trial.

However,  the trial failed to report any statistical differences in the primary and secondary efficacy measures between the control group and the placebo group. The company is also investigating the drug for amyotrophic lateral sclerosis (ALS), and it largely remains to see how the drug performs in that area after failing in one.

Caplyta is already in the market available for schizophrenia in adults; however, the MoA of the drug in schizophrenia still remains unknown. The current approval is based on a clinical study that evaluated the drug in patients 18 to 75 years of age with a clinical diagnosis of bipolar I or II disorder experiencing a major depressive episode in which the drug managed to meet primary and secondary endpoints.

The most common side effects observed were sleepiness and nausea. The therapy is under review by the USFDA currently and a decision is expected by the end of the year. The announcement of the results of the trials also led to a surge in the  Intra-Cellular stocks. The company is expected to capture a major chunk of the Bipolar disorder market share once its therapy enters the market.