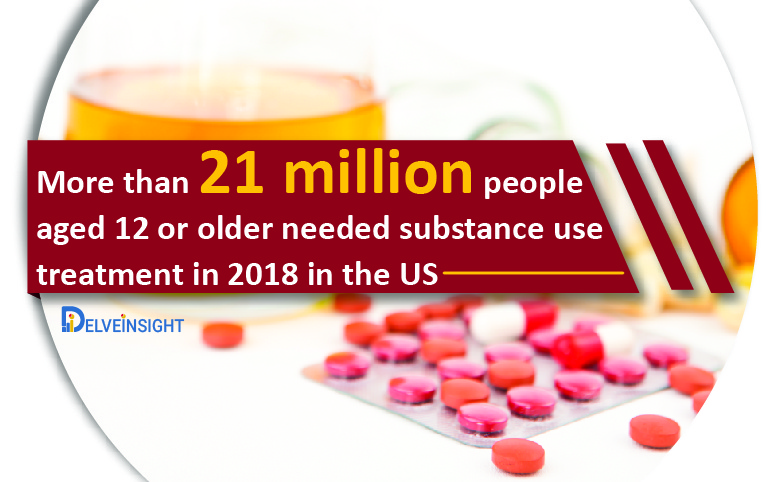 The Rising Burden of Substance Use Disorder And The Treatment Scenario

Substance Use Disorder today is one of the most serious health concerns in almost every country. As per the Substance Abuse and Mental Health Services Administration (SAMHSA), “In 2018, approximately 20.3 million people aged 12 or older had a SUD in the past year in the US”. Of the total cases around 14.8 million had an alcohol use disorder and nearly 8.1 million had an illicit drug use disorder.

Substance use disorder also called “drug abuse” is a condition in which the affected person experiences negative behavioral and health outcomes caused by the use of alcohol or other drugs (or both). Substance Use Disorder is classified diagnostically into three severity categories: mild, moderate, and severe. Moderate to severe substance use disorder is often called addiction.  SUD has a severe consequence on individuals, their families, and the communities at large. Over a while, it slowly deteriorates the physical and mental health of the person. It is associated with high risks of disability, failure to meet major responsibilities, and mortality. At the societal level, it is directly linked with many harmful activities such as domestic violence, driving under the influence (DUI), child abuse, suicide, homicide, and many others.

What Are The Most Common Substance Use Disorder?

Some of the most commonly used substance includes alcohol, marijuana (cannabis, or hashish), stimulants (cocaine and amphetamines), LSD, mescaline, psilocybin, depressants (barbiturates, benzodiazepines), opiates, narcotics, phencyclidine, and many others. These substances consist of both legal and illegal drugs. Substances like alcohol and nicotine are legal despite many negative consequences on health. Similarly, in some countries, marijuana is legal for recreational and medicinal use. Other harmful substances like cocaine, hallucinogens, heroin, and inhalants come under the Illicit drugs category and are highly addictive also illegal to possess, distribute and use. The single-dose can cause addiction and can be fatal as well. Despite several restrictions, these substances are widely accessible. To overcome the addiction the person requires continuous psychosocial treatment and support which is an extra burden on the healthcare system.

What Causes the Substance Use Disorder?

The exact cause of substance use disorder is not known. However, genes or family history are expected to play a key role. Parental substance use, poor monitoring and care by parents, and their behavior also act as risk factors. Some of the internal factors such as anxiety, depression, stress, attention deficit disorder, post-traumatic stress disorder, or other mental problems also lead to increased use of alcohol and related substances. Similarly, external factors such as peer pressure, low self-esteem, emotional and financial distress, unhealthy lifestyle also have a deep influence on the development of substance use disorder.

There are many challenges in substance use disorder treatment. Access to quality care, affordability, diagnosis, screening, and lack of continuous support are some of the major factors in the treatment gap. The affected person often experiences discrimination from society, biases, and the fear of shame to openly discuss the health issues related to SUD, lack of motivation, also creates hindrance in treatment.

Early identification, screening, and interventions play an important role in the treatment and the management of SUD. It is diagnosed based on the Diagnostic and Statistical Manual of Mental Disorders (DSM-5) criteria. Inability to control the use of the substance, unable to fulfill the responsibility, various physical symptoms, and many other such factors are considered while the diagnosis of SUD.

As per the SAMHSA, in 2018, an estimated 21.2 million people aged 12 or older needed substance use treatment, which is about 1 in 13 people who needed treatment (7.8 percent). SUD treatment aims to stop or reduce harmful substance misuse and to decrease craving. Similarly, it helps to improve overall health outcomes by managing the risk for relapse, improving social functioning, enhancing productivity and overall quality of life.  At present, several non-pharmacological and pharmacological treatment options are available to overcome substance use disorder. The treatment type is segmented as alcohol abuse treatment, nicotine abuse treatment, and drug abuse treatment. Similarly, the treatment pattern is classified as – detoxification, counseling and behavioral therapy, medication, and support group. At the time of treatment, the patient might become uncomfortable so addressing the withdrawal symptoms also becomes important.

Worldwide, major pharmaceutical and biotech companies are actively involved in the therapeutics development for the SUD. MediciNova is investigating its proprietary candidate MN-166 for Substance Dependence and Addiction against Opioid Dependence, Methamphetamine Dependence, and Alcohol Dependence. Similarly, some other key companies in the market including Omeros Corp., KemPharm, and InterveXion Therapeutics, have their candidates in various stages of development.

Today, technology is also changing the dynamics of SUD treatment. The adoption of the electronic health record (EHR) systems in SUD treatment facilitates easy information sharing between physician and the patient throughout the treatment and recovery stages. It has the potential to improve the service quality and minimize the cost of treatment. In November 2018, Sandoz, and Pear Therapeutics launched reSET for patients with substance use disorder (SUD). reSET, the first and only FDA-authorized prescription digital therapeutic, is immediately available. Similarly, many other players are expected to enter the digital treatment for the SUD.

Substance use disorder is a serious health crisis affecting almost every country worldwide. It has a direct impact on the economy, productivity, and the well-being of society. Health agencies including WHO in collaboration with local governments and NGOs are working at the forefront to tackle this rising public health issue. Apart from the initiative form by the government and welfare agenesis, the awareness among the people toward the harmful use of tobacco, alcohol, and other drugs, and the launch of emerging therapies is expected to improve the situation for substance use disorder in the coming years. 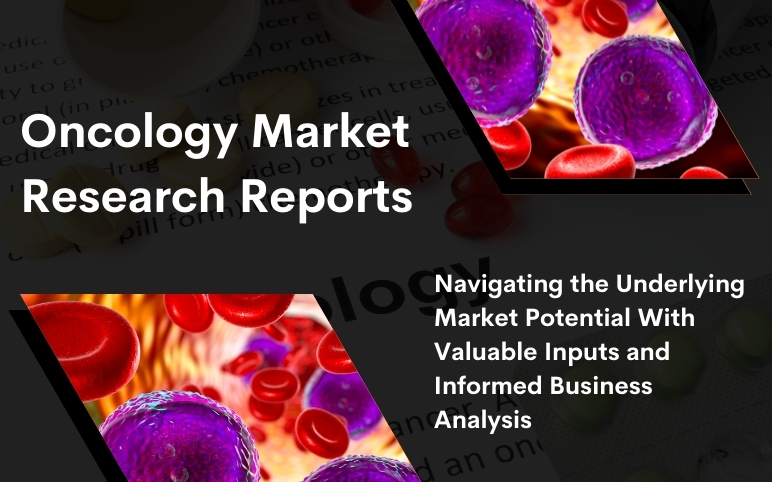 Evaluating the Present and Future Oncology...

Oncology deals with the diagnosis and treatment of cancer. It is one of the most dynamic segments moving at a… 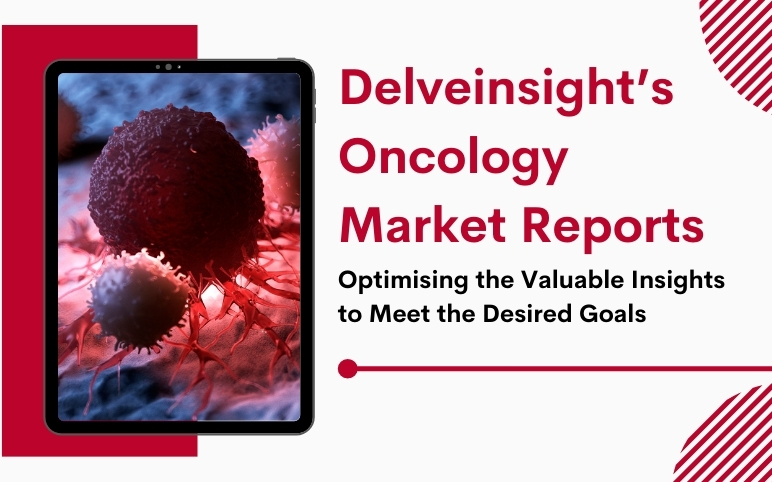 Assessing the Opportunities and Challenges... 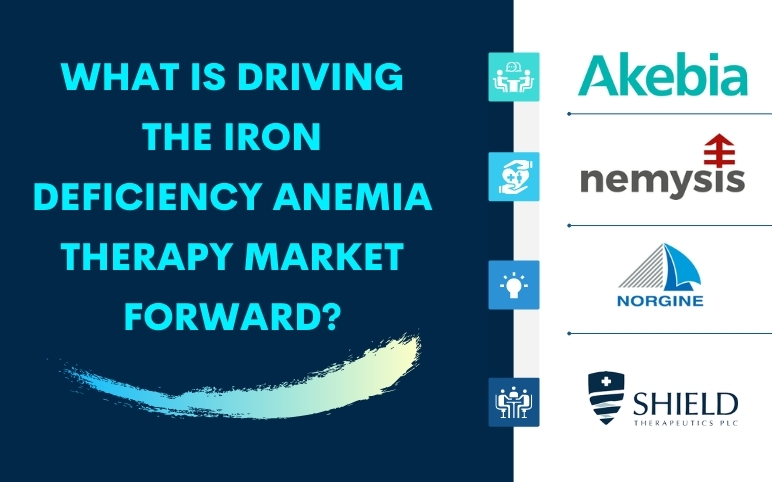 Anemia is a serious cause of global health loss with over 80% of the total cases diagnosed in developing countries,&h...