PMV Pharmaceuticals is the latest startup to load up with cash in an attempt to home in on one of the toughest targets in cancer biology: the tumor suppressor protein known as p53. The company raised a $74 million Series B round from Topspin Biotech Fund, Euclidian Capital, InterWest Partners, OrbiMed Advisors, and Osage University Partners. PMV raised a $30 million Series A in 2014. The new cash will help PMV push into human clinical studies, though in its statement the startup didn’t say when those studies might begin. Like many of its peers, PMV wants to restore the function of mutated p53 with a drug, though it didn’t disclose exactly what its approach will be.

An Argos Therapeutics therapy that uses the immune system to fight kidney cancer has hit a wall after an analysis of the latest clinical trial data found that the experimental treatment was unlikely to work. Following the planned interim analysis of Argos’s Phase 3 clinical trial, the independent data monitoring committee recommended stopping the study for futility, the company announced this morning. Shares in Durham, NC-based Argos plummeted more than 62 percent to $1.65 on the news. Argos said that it is analyzing the preliminary data from the clinical trial and it plans to discuss that information with the FDA. In the meantime, Argos said that it plans to leave the clinical trial open.

Cidara Therapeutics is halting work on an experimental topical antifungal drug designed to treat vaginal yeast infections after the compound wasn’t better than the current standard of care in a Phase 2 clinical trial. Investors frowned on the news, sending the company’s shares down more than 38 percent to $7.24 on 21st morning. Cidara is turning its attention to CD101 IV, which is in a Phase 2 trial for the fungal infection candidemia. Results for that clinical trial are expected in the fourth quarter. Cidara will also continue working on CD201, a potential treatment for infections caused by drug-resistant Gram-negative bacteria.

Cashing in On Duchenne Approval, Sarepta Sells Voucher to Gilead for $125M

Sarepta Therapeutics didn’t just get its first drug to market when the FDA approved the Duchenne muscular dystrophy drug eteplirsen (Exondys 51) last year—it got a potentially lucrative voucher from the FDA too. Sarepta sold the priority review voucher to Gilead Sciences in a deal worth $125 million. Sarepta will use the cash to help develop next-gen drugs for Duchenne. Priority review vouchers are awarded to companies that bring treatments to market for neglected tropical diseases and rare pediatric ailments, enabling a swifter review from the FDA, and potentially adding millions in revenue for a company, or giving a drugmaker a leg up over a competitor with a rival therapy.

Novartis Pharmaceuticals UK and NHS Ayrshire & Arran have announced the launch of a new facility designed specifically for people suffering from some of the most common forms of avoidable sight loss. The facility is set to support the delivery of a one-stop clinic for patients and is expected to transform the patients’ eye service by building an extension on to the existing Ophthalmology Outpatient Department. 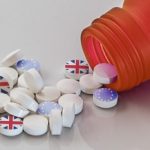 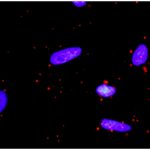